Here’s what the premium Apple Watch Edition box looks like

Someone has taken pictures of the Apple Watch Edition packaging, which unlike the cheaper models doubles as a charging dock. The pictures show the more premium leather lining of the box. The insert for the charging cable is also visible in the pictures. The Apple Watch is suspended on its side whilst charging, clamped by the adaptor. As shown earlier this week, the Apple Watch packaging is similar but does not use the materials and lacks the charging element.

The ‘less pretty’ parts of the contents, like the handouts and chargers, sit in a separate compartment below the main box. 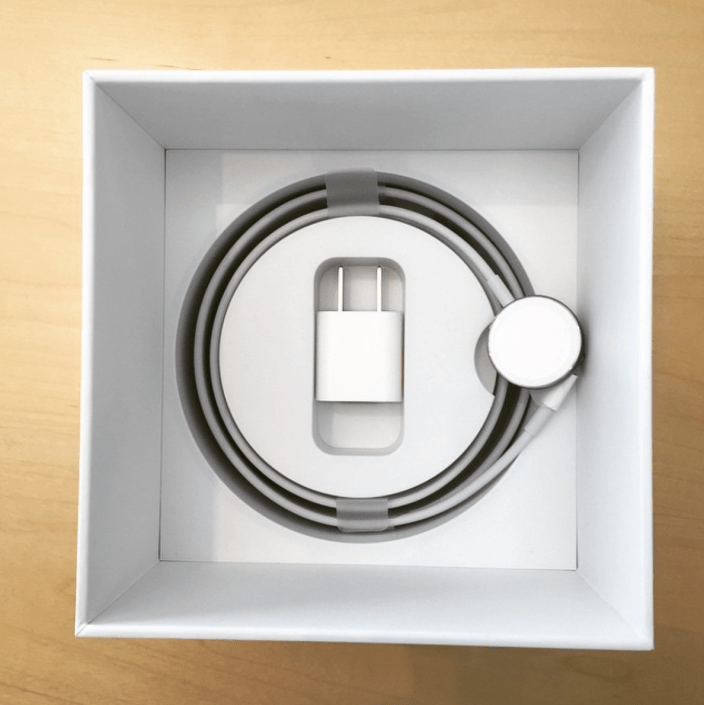 By contrast, the Apple Watch Sport comes in a different box to the steel and gold variants. The Sport is shipped in a rounded rectangle shape, rather than a typical jewellery box.

If you want to buy an Apple Watch Edition, you are probably out of luck. Most Apple Watch models are now out of stock, with Edition’s quoting ‘July’ ship date estimates. Katy Perry and Pharell have managed to skip the queues, however.