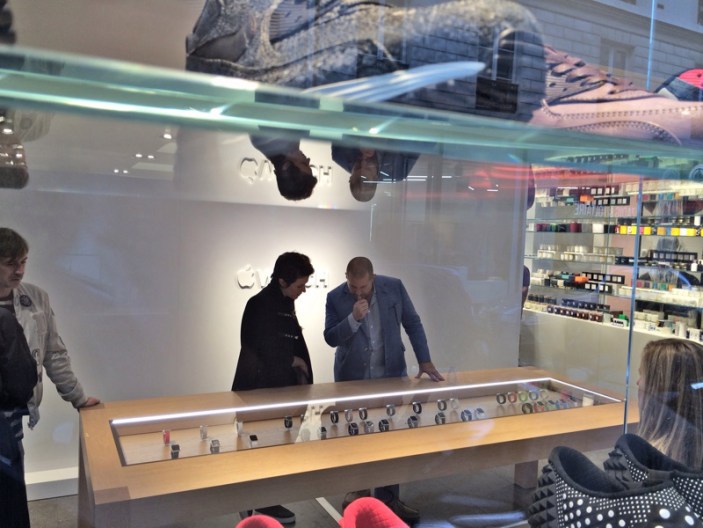 Update: Confusing the situation further, HDBlog has received news from Italian Apple PR that Milan will not have Apple Watch stock to buy.

Amidst all the craziness, it now transpires that Apple Watch will in fact be available to be buy at some retail locations on Friday. The New York Times reports that select boutique locations will have stock in the brick-and-mortar locations of Apple Watch Sport and Apple Watch.

This includes Dover Street Market in Tokyo and London, Maxfield in Los Angeles, Collette in Paris, the Corner in Berlin and Corso Como in Milan.

Apple had previously announced these locations in a press release but it was unclear whether the plans had changed as Apple had since said that there would be no in-store stock until June at the earliest. although now it appears this only applies to Apple’s own retail stores.

The New York Times spoke to the chief executive of Dover Street Market about stock levels for the retail sales. The representative said that the company will have about 350 Apple Watches available in Ginza and 570 in London. However, the Apple Watch Edition will not be available for sale in any capacity. Only the aluminium Sport and stainless steel Watch models will be offered for purchase.

The Apple Watch was featured at Collete back in September, but now it will actually be available to buy from the boutique store. Online, stock of the Watch remains universally back-ordered and sold out.