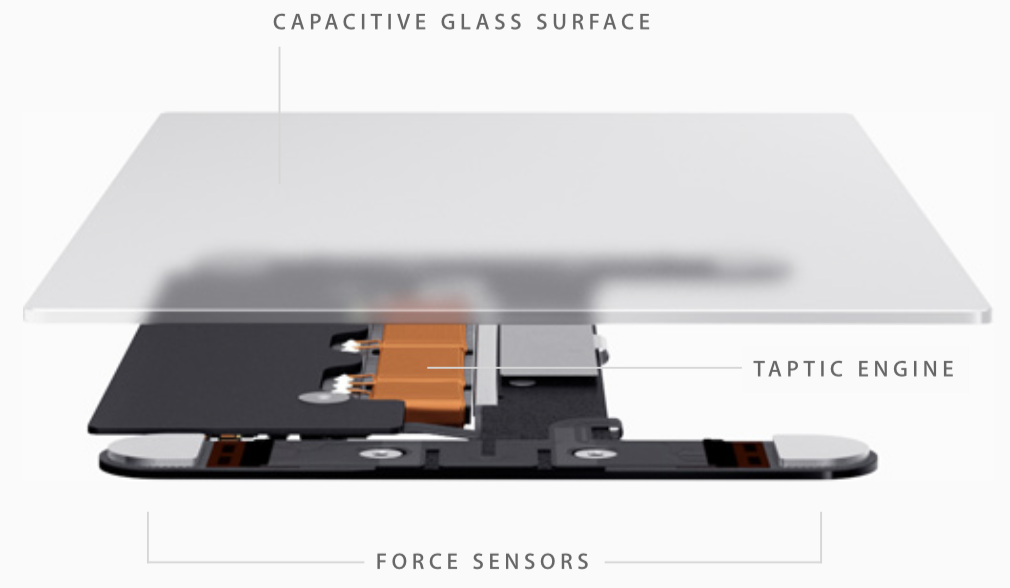 Update: Patently Apple notes that this patent has now been granted (19th April 2016).

Apple patent application published today shows that the Force Touch trackpad used in the 12-inch MacBook and latest 13-inch MacBook Pro could get more sophisticated in future versions. The patent describes how a mix of vibration and temperature could fool your finger into ‘feeling’ different surfaces, such as metal and wood.

For example, a glass surface may be controlled to have the temperature of a relatively cooler metal material and/or a relatively warmer wood material […]

The patent describes how vibrations could be used to simulate a textured surface, such as the grain of a wooden surface …

From the description in the patent, the vibration would appear to use a similar taptic engine to the existing Force Touch trackpad, but allowing horizontal as well as vertical movement. A Peltier device or similar would be used to create temperature differences. A Peltier device is a solid-state heat pump that can transfer heat from one side of the device to the other depending on the direction of the current, allowing both heating and cooling effects. 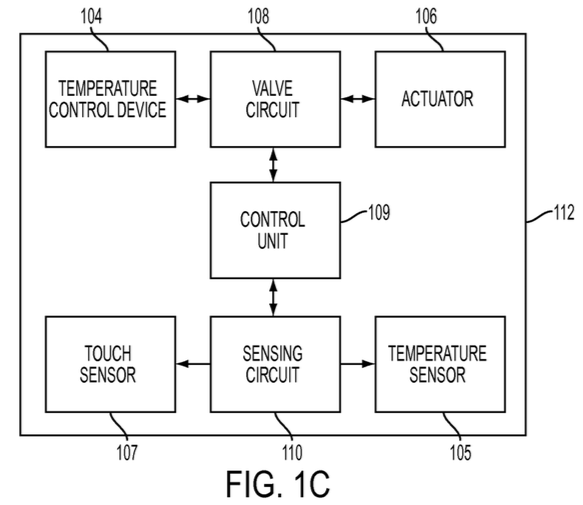 The extremely realistic feel of the existing Force Touch trackpad’s fake click makes it easier to imagine how Apple might be able to pull off this more sophisticated tactile illusion. It would, though, be a little ironic for Apple to work so hard to remove visual skeuomorphism, such as fake leather surfaces, only to potentially reintroduce it in tactile form!

KGI’s Ming-Chi Kuo recently claimed that while the next-generation iPhones will feature pressure-sensitive Force Touch technology, it will work differently to the systems seen in the MacBook and Apple Watch. The illustrations in this patent application show only a MacBook trackpad.