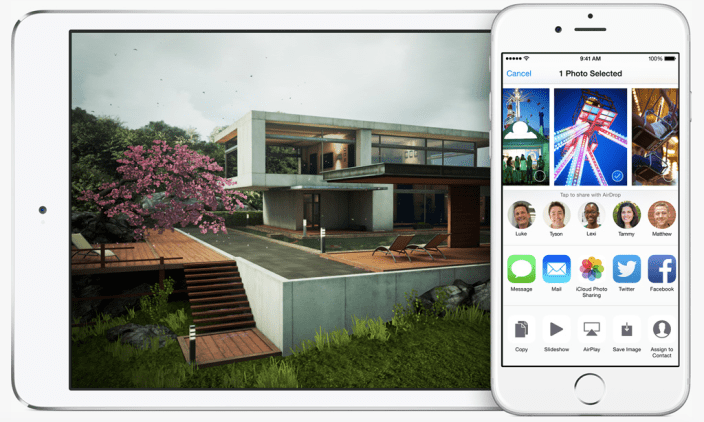 More than 7 months after its official release, iOS 8 has now passed 80% adoption as a version of Apple’s latest mobile operating system is running on 81% of active devices, according to Apple’s App Store Distribution data. The new data puts iOS 8 up two points since this time two weeks ago. The remaining devices include 17% running a version of iOS 7, which is where the upgrades came from, while 2% of devices measured have iOS 6 or earlier.

That compares to MixPanel’s data that puts iOS 7 adoption at around 91% during the same period last year; its current data for iOS 8 is just a couple points above Apple’s. The trend has been that iOS 8 has seen a slower climb compared to the year ago update adoption rate, with Apple releasing more point updates in recent months to address performance issues and deliver new features.

One version of iOS 8 specifically noted addressing an issue with over-the-air updates requiring less internal storage space, an issue that hurt some early adoption especially with 8GB and 16GB devices in the mix. 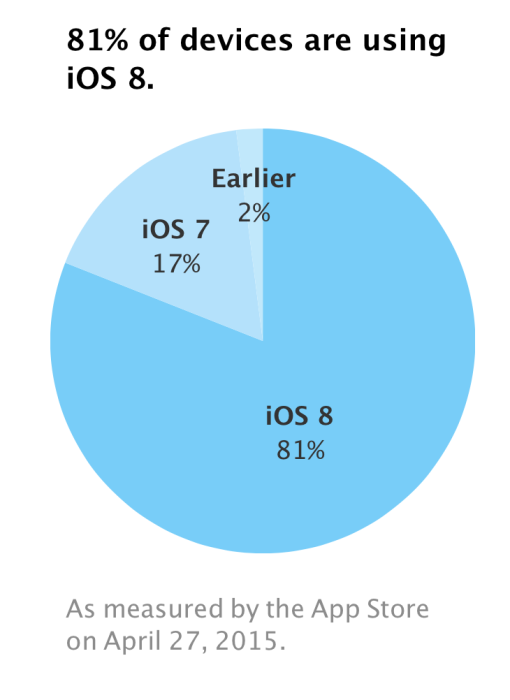 In terms of features, Apple saved Apple Pay support for the iPhone 6 and 6 Plus as well as the iPad mini 3 and iPad Air 2 for iOS 8.1. The Apple Watch app appeared with iOS 8.2 while Apple added over 300 new emoji characters with iOS 8.3. A pre-release version of iOS 8.4 which includes an all-new Music app is currently being tested by developers and public beta users.

iOS 8.2 or later is also required for use with the Apple Watch.

As we reported earlier this year, Apple will largely focus on performance issues and stability with the next major release, iOS 9, which Apple is expected to preview in a few weeks at WWDC in early June where it will reveal “the future of iOS and OS X.”