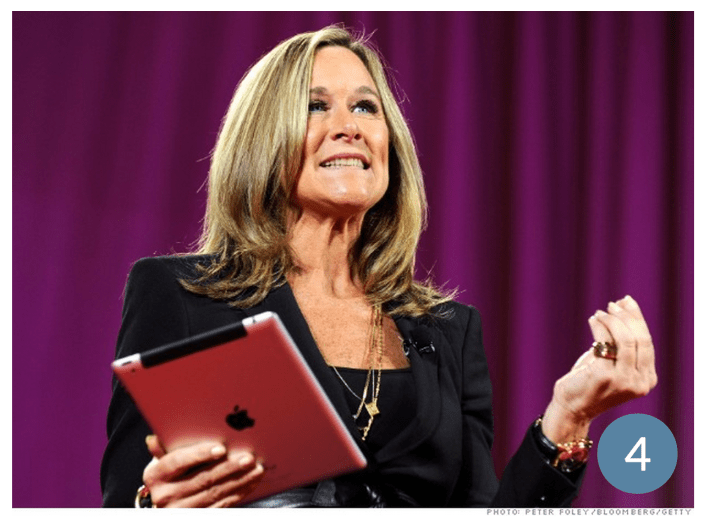 We found out earlier this year that Apple’s new retail chief, former Burberry CEO Angela Ahrendts, made around $73 million in 2014 through her new position at the company. That made Ahrendts the highest paid female executive in the US last year, according to a new report from Bloomberg that puts her total earnings for 2014 somewhere closer to $82.6 million+:

The former chief executive officer of London-based fashion retailer Burberry Group Plc was awarded $82.6 million in 2014, according to data compiled by Bloomberg. Ahrendts, 54, joined the world’s most-valuable company in May 2014 and became the first woman on its management team… The pay package is currently valued at $105.5 million. Josh Rosenstock, a spokesman for Apple, wouldn’t comment on her compensation.

That number allowed Ahrendts to top other high-profile female execs in the US who come mostly from the technology industry. Yahoo’s Marissa Mayer, for example, came in at number 3 with $59.1 million, just behind Oracle Corp.’s Safra Catz in the number two spot at $71.2 million.

The payout for Ahrendts last year reflects not only the stock she missed out on by leaving Burberry, but also a $5 million salary and stock options from her new gig at Apple— some of which will require performance milestones. Today’s report from Bloomberg notes that the number also includes a signing bonus for joining the company.