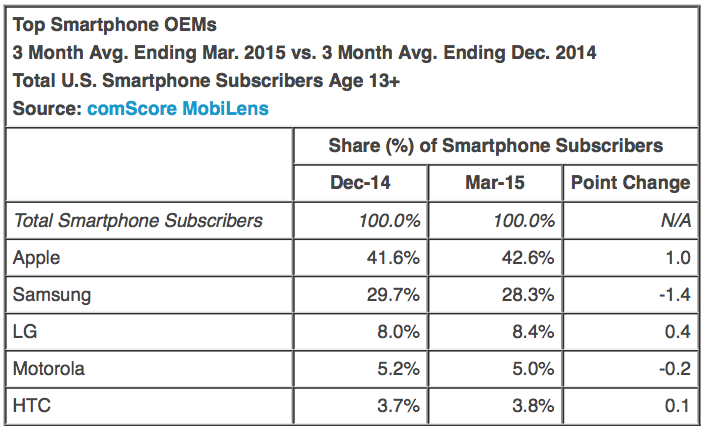 Looking at iOS and Android installations combined, Facebook was the most popular app, installed on 69.5% of smartphones, YouTube second at 55.9%. Other popular apps include Google Search, Google Maps, Facebook Messenger, Pandora, Gmail and Instagram.

Smartphone ownership in the US increased by 3% to 187.5M people.