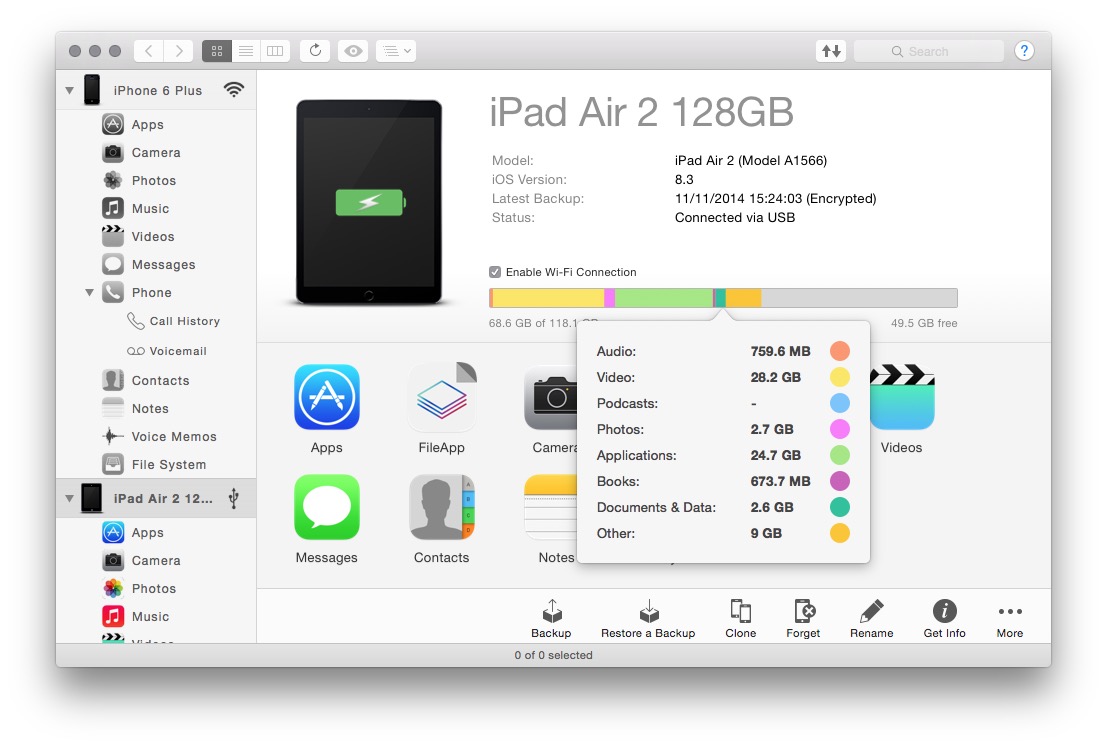 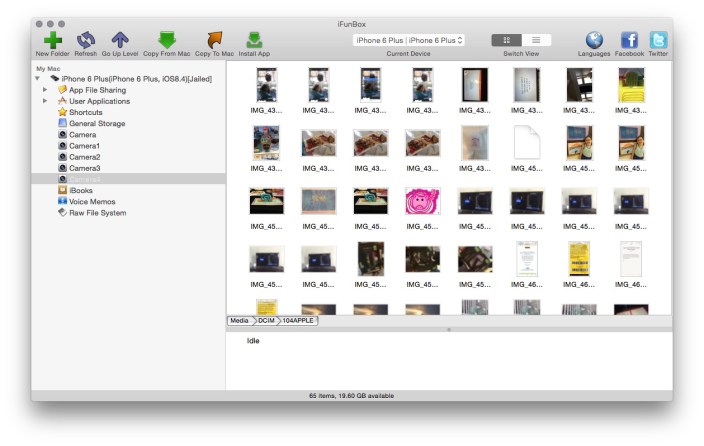 Step 1: Understand The Difference Between Important Files And Cruft

One key thing needs to be understood up front: there may be a fine line between important files — the things you’ll want to keep on your phone, tablet, or media player — and “cruft,” or files that have continued to take up space past their prime. You’ll have to make the personal decision as to what to keep and trash, but once you think about iPad, iPhone, or iPod touch content in terms of “things I really want to be able to access from this device” and “things I don’t need to take with me any more,” the rest of this process becomes easy. 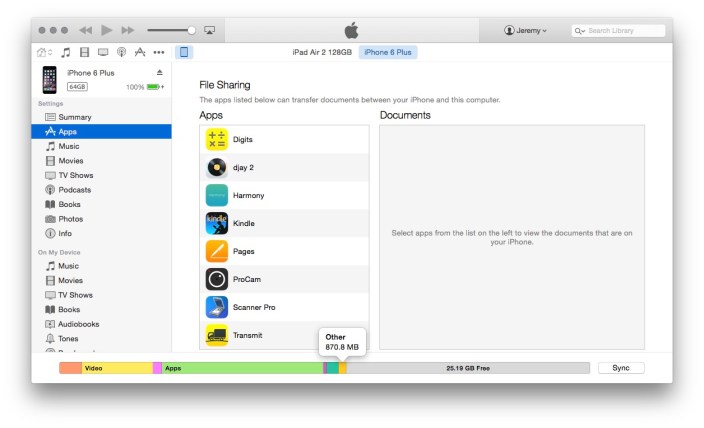 Step 2: Back Up Your Device, And Use iTunes For Cleaning Where Possible

Although iTunes can’t dispose of all the trash that’s lingering on your iPad, iPhone, or iPod touch, there are a few things that it can and should be used for. Before you clean your device using other tools, start by doing a complete backup using the latest version of iTunes. Save yourself a later hassle by checking the “Encrypt [iPhone/iPad/iPod] backup” box and setting a password, which lets iTunes store the passwords and other sensitive files on your device. Then run the Sync process twice between your device and computer, just to make sure everything’s backed up properly. Trust me: these few steps will make the restoration process much, much easier if something goes wrong later.

iTunes should always be used first to clean unused apps, music, videos, podcasts, and voice memos from your device — except under the specific circumstances discussed below, it has the highest likelihood of freeing space without messing up settings and making your device unstable. So my suggestion is to go through the files iTunes can manage, removing whatever you don’t really need to carry every day. Next, use Photos, iPhoto, Aperture, or your other preferred photo library app of choice to import photographs, home videos, and screenshots to your computer, then delete them from your device. Although these files aren’t “trash,” strictly speaking, they can consume a ton of space, and regularly syncing them to your computer can really help. 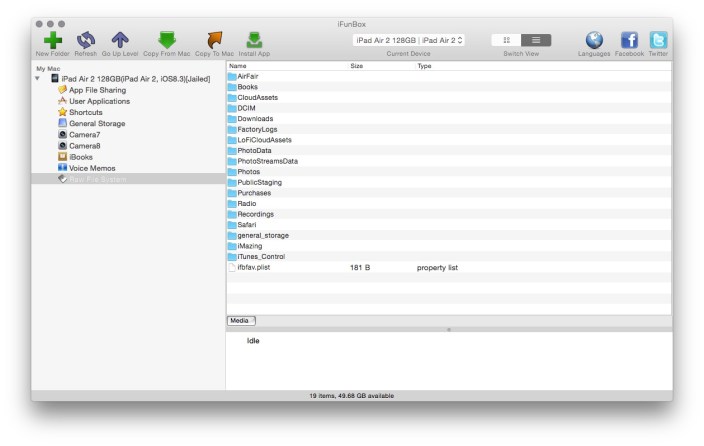 There are many different Mac and PC apps that can access your iOS device’s file system, and having written my fair share of How-To guides, I’m sure that people will suggest alternatives to the ones I’m recommending here. The free app I personally use for cleaning my iOS devices is iFunBox (above), which isn’t pretty but does what needs to be done at no charge. However, if you want a beautiful and even more powerful alternative, I love iMazing ($30, below), which goes well beyond iFunBox’s capabilities. Both apps are offered for Macs and PCs. 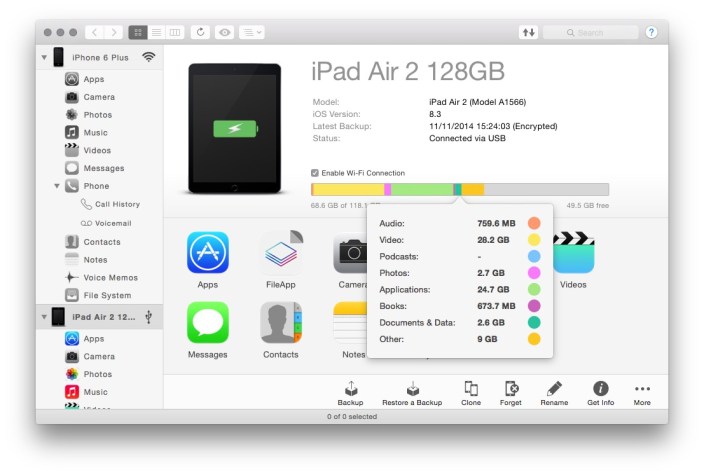 I’m not going to dive into all of the ways apps like these can be used, but it suffices to say that each one has utility that goes well beyond cleaning up trash. iMazing, for instance, helped me recover important voicemails for a family member who was despondent over their disappearance. You can decide whether to use the free or paid option, depending on your needs and budget, but for purposes of cleaning your device, the one feature you need is access to the iOS device’s file system. There’s a reason Steve Jobs wanted to hide the file system away — it’s not fun to look at — but after you’ve used iTunes, this is where most of the remaining cruft on your device will be hiding. 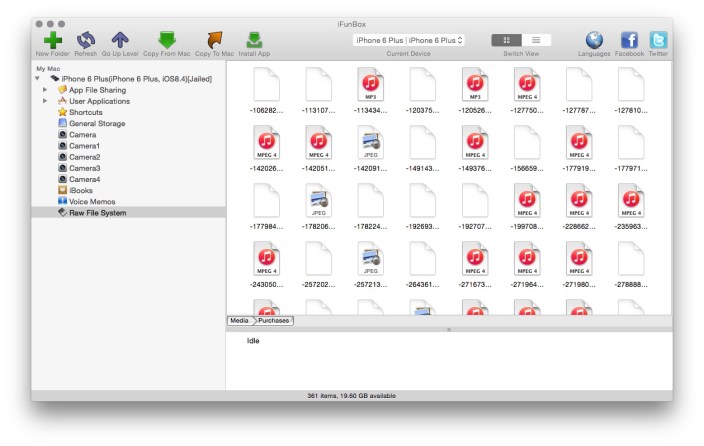 Note that after working flawlessly with iOS 8.2, iFunBox, iMazing and other file browsing apps ran into unexpected compatibility issues with iOS 8.3. iFunBox and iMazing have recently been updated with “partial” iOS 8.3 support — a process that is still ongoing as of today, as iMazing just received its second iOS 8.3-focused patch. I’ve successfully tested iFunBox 1.6’s file system browsing and deletion features with both iOS 8.3 and iOS 8.4 devices, and they continue to work.

Step 4: Safely Clean Up Your Trash

Once you’ve followed the steps above (determining what you want to keep and delete, backing up your device in iTunes, and using iTunes to clean off everything it’s capable of handling), you’re ready to start exploring iOS’s hidden file system. As a preliminary warning: don’t just start deleting random files, since they may be part of on-device databases or otherwise contain settings the device needs. This is the reason for the backup above.

iFunBox’s left pane offers shortcuts to a handful of key folders that contain a mix of wanted and unwanted files, plus “Raw File System,” which gives you direct access to even more folders. Here’s how to handle everything. 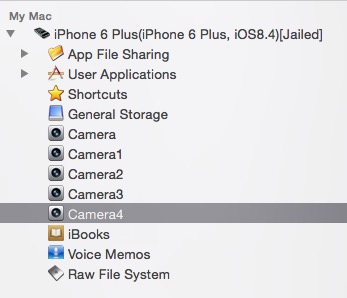 Step 5: If Something Goes Wrong

It’s impossible to permanently damage an iOS device by selectively deleting media files using the process above, but accidentally removing the wrong preferences file or database item can create issues. If you start to notice that your iOS device is crashing when loading apps you’ve impacted by deleting files, you have a few options. Restarting the device may well clear up the problem, but if it doesn’t, go into Settings > General > Reset > Erase All Content and Settings, then after the Apple logo comes up, connect your device to your computer and restore it using iTunes. You’ll be back to the way it was before, and can either experiment further or leave the file structure alone.

More Great Ways To Save Space and Improve Your Apple Experience

To make the most of your iOS device or Mac, I’ve written quite a few How-To and Best of guides, as well as reviews of worthwhile accessories. Read more of my guides and reviews for 9to5Mac here (and don’t forget to click on Older Posts at the bottom of the page to see everything)!