A bunch of iPhones and Macs are about to become ‘obsolete’ in June, losing Apple repair support 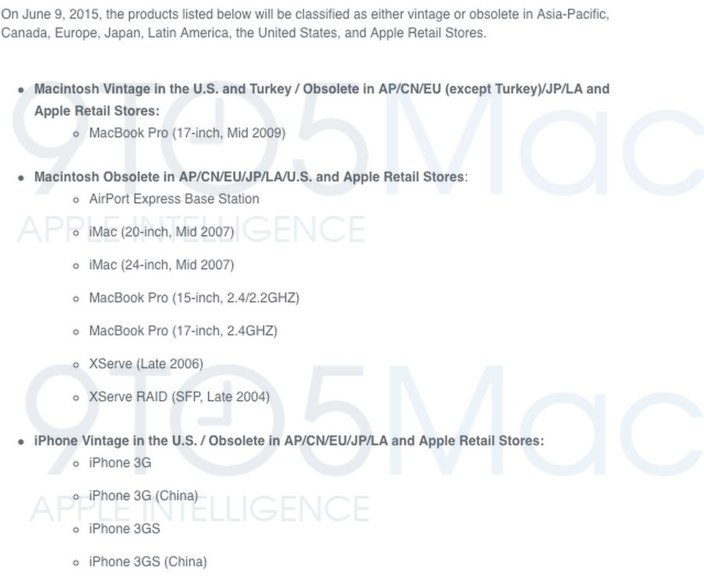 Apple is about to sunset support for a number of iPhones, Macs, and other products as it plans to switch several models to “Obsolete” or “Vintage” status in June, according to internal documents.

When a device receives Obsolete status from Apple — Vintage status only applies to California and Turkey, where the company is required to continue offering support — it no longer offers service or repair support through its own Apple retail stores or authorized service providers. It typically begins the process for models 5-7 years after manufacturing has been discontinued and maintains a list on its website here.

iPhone models that are about to get the boot include the iPhone 3G, iPhone 3G (China), iPhone 3GS, and iPhone 3GS (China), all of which become obsolete in Asia-Pacific/Canada/EU/Japan/Latin America and all Apple Retail Stores. These models are also “Vintage” status where applicable in the US.

In addition, the original iPhone loses its vintage status in the US after Apple first made the device obsolete in most countries back in 2013.

All of the products above will officially move to their new status on June 9, 2015, and no longer be supported for repair by Apple Stores or authorized resellers, but Apple continues to offer support by phone for AppleCare customers.