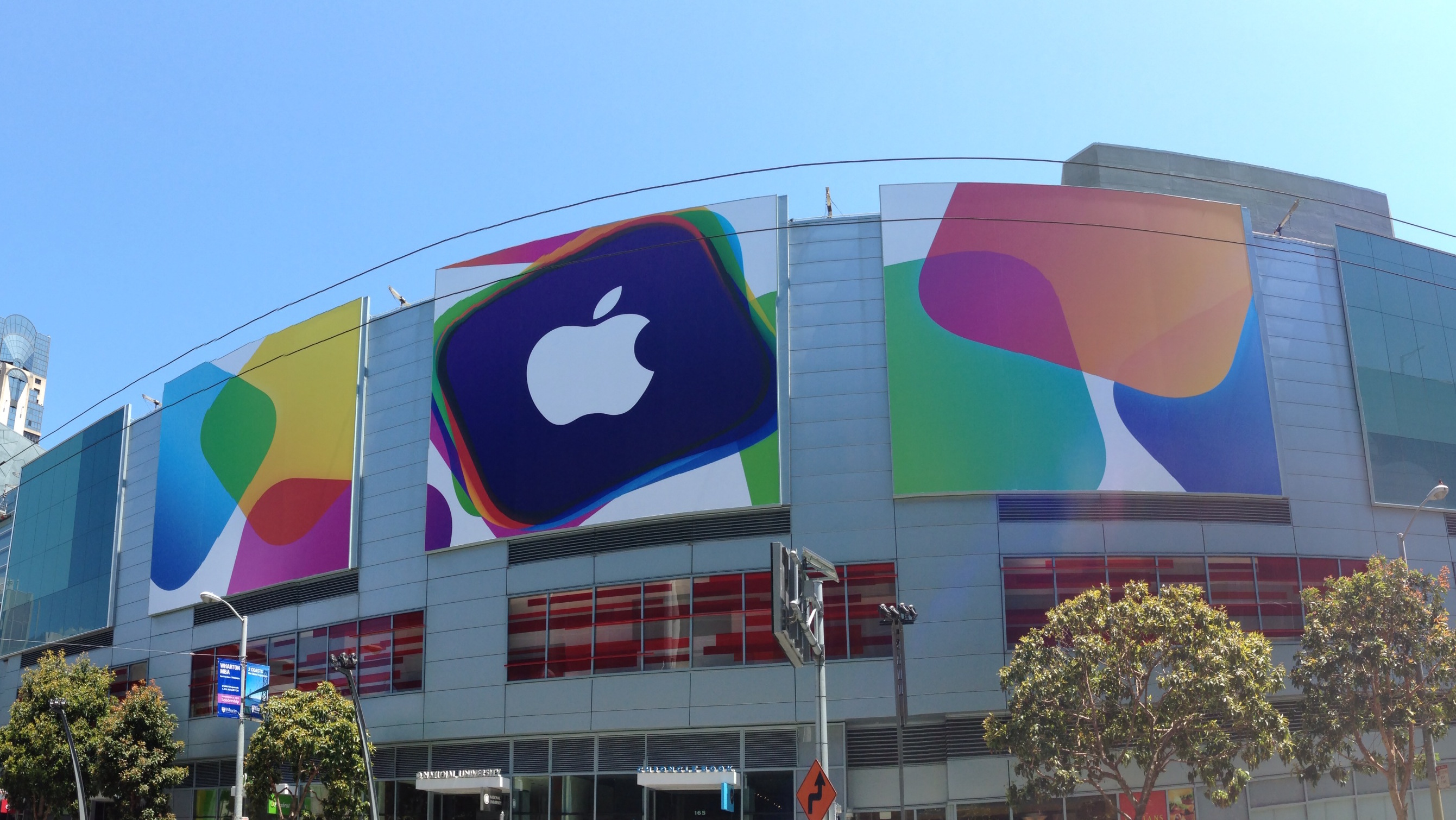 For the first time in several years, Apple is changing up its annual iOS and OS X upgrade cycle by limiting new feature additions in favor of a “big focus on quality,” according to multiple sources familiar with the company’s operating system development plans. We first reported in February that iOS 9, codenamed “Monarch,” would heavily feature under-the-hood optimizations, and we’ve now learned that Apple is taking the same approach with OS X 10.11, codenamed “Gala.” Sources have revealed additional new details on how Apple will optimize the new operating systems for improved stability and performance, add several new security features, and make important changes to its Swift programming tools for developers…

According to sources within Apple’s software development departments, Apple engineers have been pushing executives for a Snow Leopard-style stability focus in 2015, following numerous bugs that clouded the launches of both iOS and OS X. Apple directors reportedly opposed a complete pause on new features, but agreed to focus on quality assurance by holding back some features that were initially planned for the latest operating system launches. One source explained, “I wouldn’t say there’s nothing new for consumers, but the feature lists are more stripped down than the initial plans called for.”

Apple’s broader and deeper quality assurance testing includes stricter stability and polish guarantees before new features are officially added to iOS 9 and OS X 10.11. We reported that iOS 9 is expected to include the Apple Watch’s new San Francisco typeface as its system-wide font, while a new Home application for managing HomeKit devices, split-screen iPad app views, and an upgraded Apple Maps application with mass transit directions are also in the cards. As for OS X 10.11, we are told that Apple has realized that annually adding new features to the mature Mac operating system is more challenging than with iOS, so 10.11’s upgrade list may be slimmer than iOS 9’s. 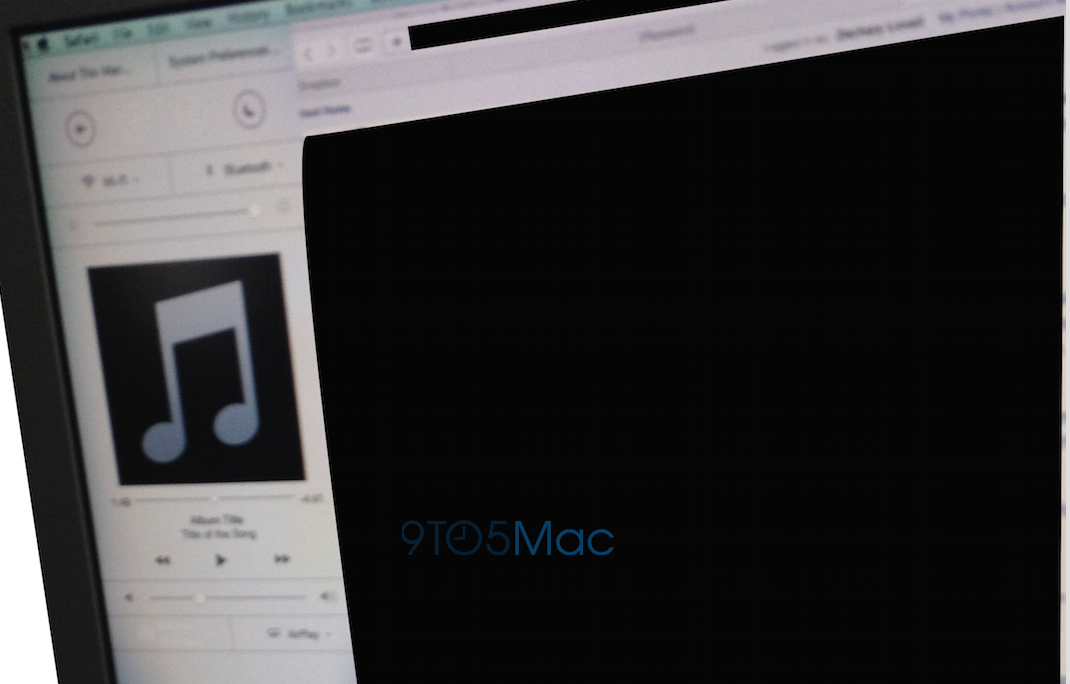 But that does not mean OS X 10.11 will be feature-less: we’re told that the new operating system will have system-wide interface tweaks to continue the work done in OS X Yosemite, as well as the San Francisco font from the Apple Watch and iOS 9. Additionally, Control Center has been planned for inclusion in OS X 10.11, after appearing in some early beta seeds of last year’s OS X Yosemite, only to be left out of the final release. Control Center moves many of the controls from the Mac’s Menu Bar to a pane that slides out from the left side of the Mac’s display, adding on-screen music controls and other iOS-influenced features. However, Control Center reportedly has been in flux during development, and could be pushed back again.

Marquee features aside, Apple has been working on significant enhancements to the security fundamentals of both operating systems, ranging from a major new initiative called “Rootless,” re-architected Apple apps with iCloud Drive file encryption, and a new feature called “Trusted Wi-Fi.”

Sources within Apple are particularly enthusiastic about a new security system called Rootless, which is being described internally as a “huge,” kernel-level feature for both OS X and iOS. To prevent malware, increase the safety of extensions, and preserve the security of sensitive data, Rootless will prevent even administrative-level users from being able to access certain protected files on Apple devices. Sources say that Rootless will be a heavy blow to the jailbreak community on iOS, though it can supposedly be disabled on OS X. Even with this Rootless feature coming to OS X, sources say that the standard Finder-based file system is not going away this year. 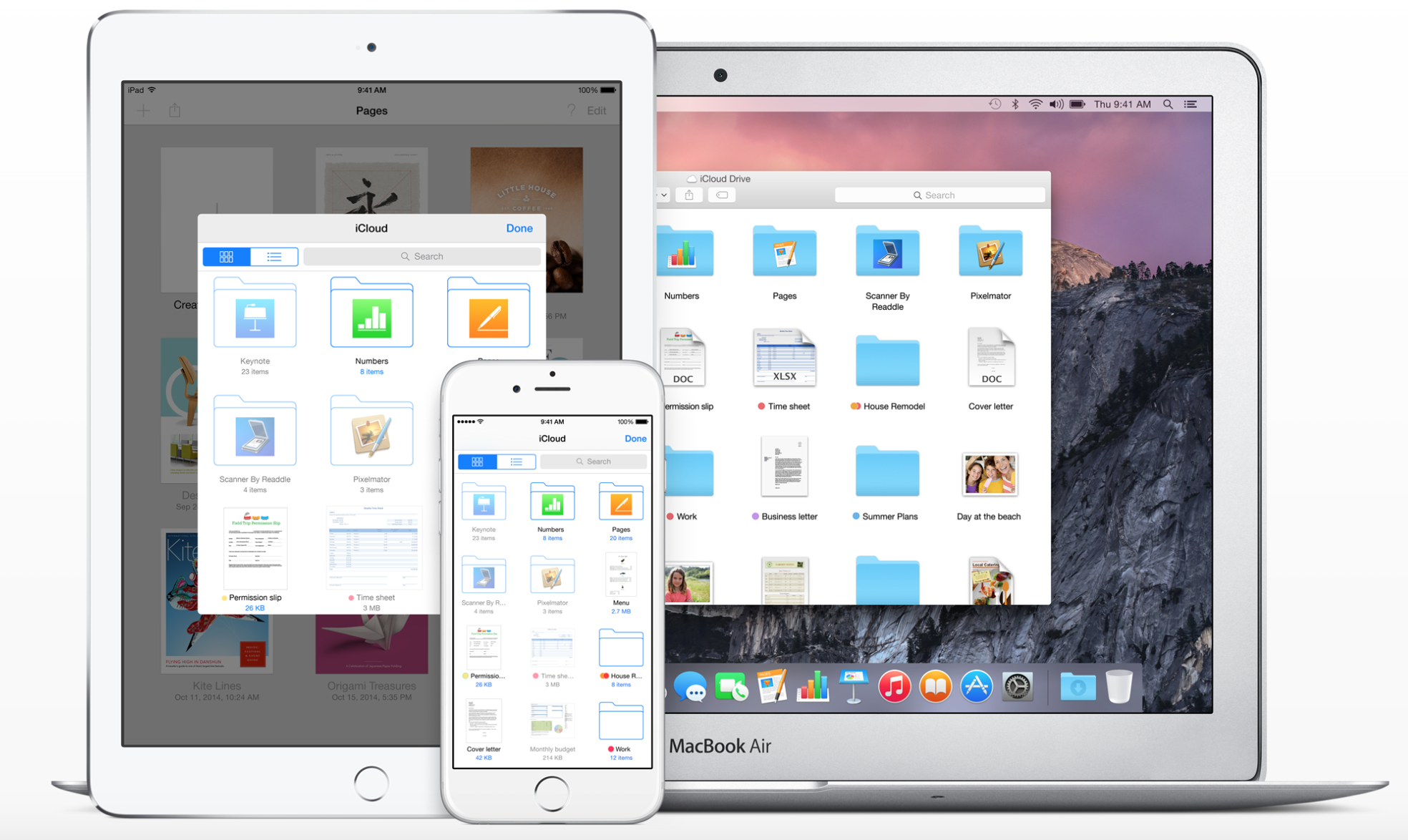 In order to make its syncing apps more secure for consumers, Apple is in the process of converting many of its core applications to an iCloud Drive back end. Currently, Apple applications such as Notes, Reminders, and Calendar utilize an IMAP-based back end for syncing content across devices, whether you’re using an iCloud, Gmail, or Yahoo account.

With iOS 9 and OS X 10.11, Apple plans to transition this sync process to iCloud Drive, which offers better end-to-end encryption and faster syncing than traditional IMAP servers. As an example of how this will work, when a user launches Notes in either of the new Apple operating systems, a splash page offering to move content from the IMAP server over to iCloud Drive will appear, making the transition easy for users.

The promotion of iCloud Drive will also likely pull some users away from competitors, and move them over to Apple’s cloud services. According to sources, Apple is also upgrading its iCloud Drive and CloudKit servers to sustain the expected uptick in usage when more core applications move to a pure iCloud foundation. A dedicated iCloud Drive app to view files has also been developed, but it may remain for internal use only.

Last on the security front, we are told that a new feature dubbed “Trusted Wi-Fi” is in development for release as soon as later this year, but that it could be pushed back to next year’s iOS and OS X releases. Trusted Wi-Fi would allow Macs and iOS devices to connect to authorized wireless routers without additional security measures, but would instate a more heavily encrypted wireless connection for non-trusted routers. Apple has been testing its own apps and third-party apps to ensure that they will still work over various wireless networks with this feature enabled. 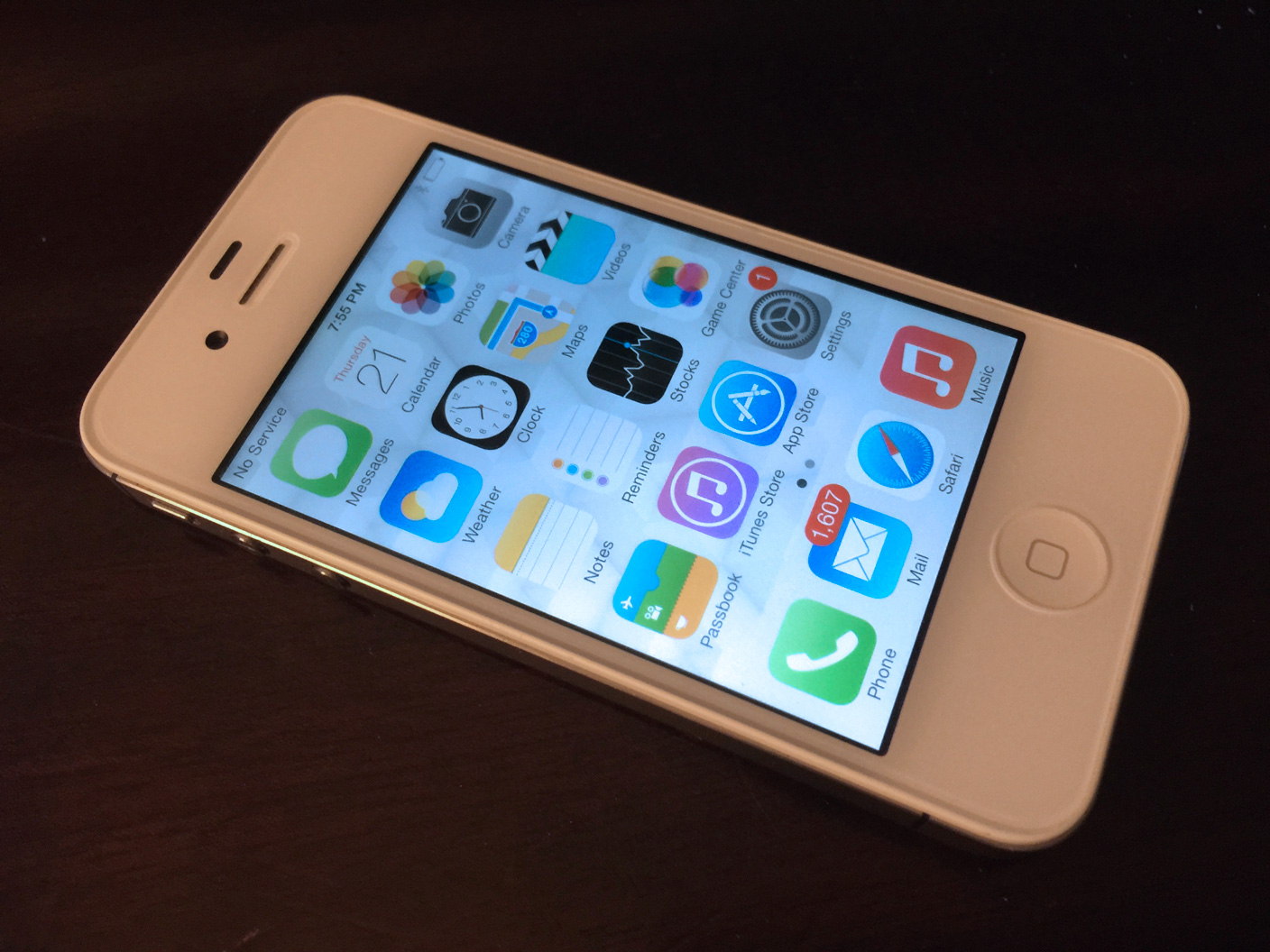 While some users of older iOS devices have speculated that Apple’s recent operating systems were built to encourage the purchase of new phones and tablets, the company has actually been working on ways to make legacy iPhones and iPads more efficient while running the upcoming iOS 9.

In what will come as a surprise to many people, our sources note that even A5-based Apple devices, including the original iPad mini and discontinued iPhone 4S, will be able to run iOS 9. In order to avoid the sluggishness and bugginess that was most notably seen in iOS 7 for the iPhone 4, Apple has restructured its software engineering process to better support older hardware.

Instead of developing a feature-complete version of iOS 9 for older hardware and then removing a handful of features that do not perform well during testing, Apple is now building a core version of iOS 9 that runs efficiently on older A5 devices, then enabling each properly performing feature one-by-one. Thanks to this new approach, an entire generation (or two) of iPhones, iPads, and iPod touches will be iOS 9-compatible rather than reaching the end of the iOS line. 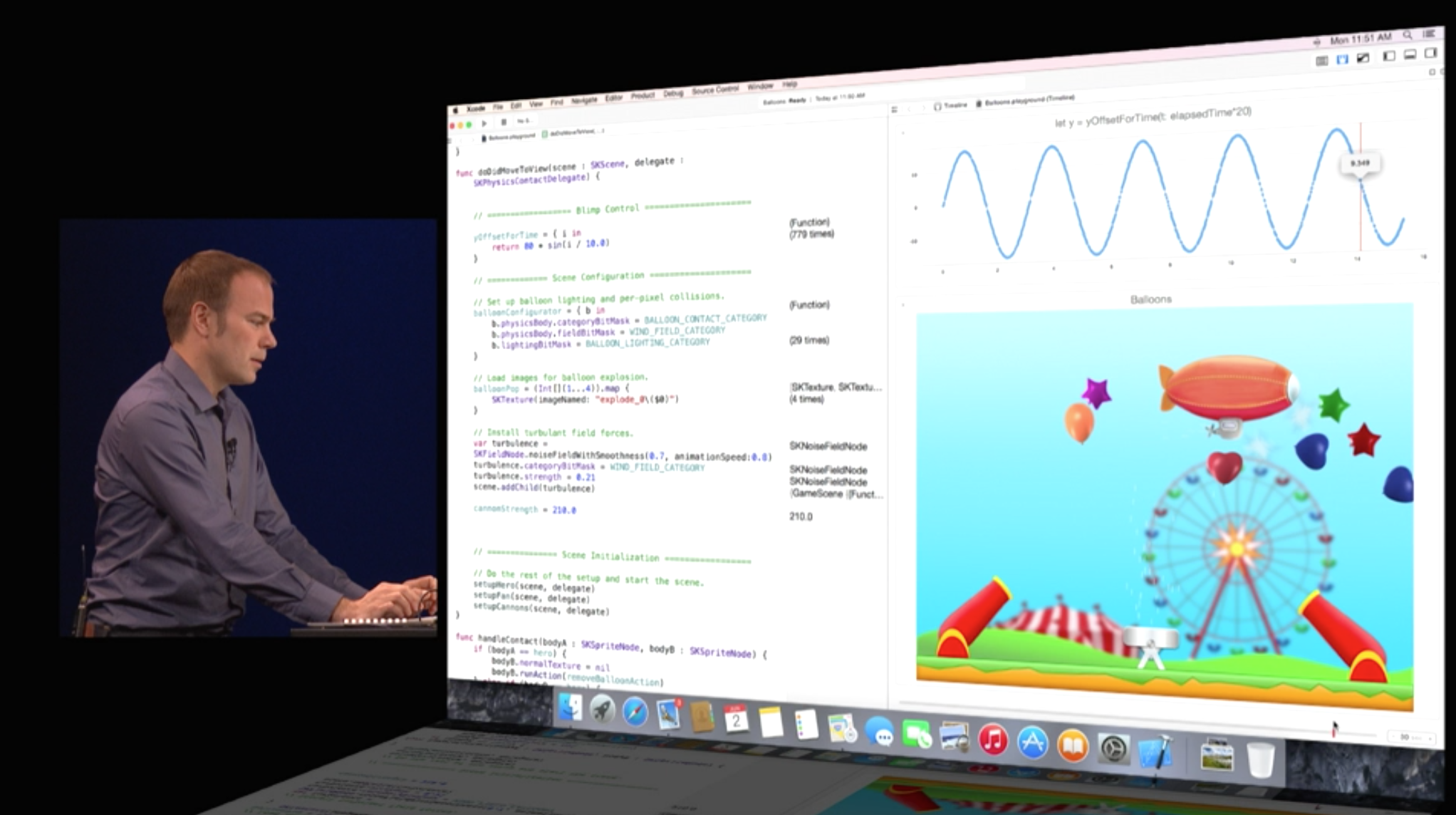 Besides re-organizing its development process to improve older iOS hardware, Apple is preparing a major upgrade to its Swift programming language. Swift was first introduced at the 2014 Worldwide Developers Conference, and the new version will benefit both developers and users.

Since Swift is still evolving as a development language, Apple previously did not include Swift programming “code libraries” within iOS. For this reason, developers who choose to write App Store apps with Swift must include the code libraries inside each of their apps. Consequently, App Store applications written in Swift carry approximately 8MB of additional code, and the more Swift apps you have, the more storage space you lose to code library copies.

With iOS 9 and OS X 10.11, we are told that this will change: Swift is planned to reach what is known as “Application Binary Interface (ABI) stability,” and its code libraries will therefore be pre-installed within the new iOS and Mac operating systems. This means that Swift applications updated for iOS 9 and OS X 10.11 will require less space and consume less data when downloaded over a cellular connection. Users with lower-capacity iPhones and iPads or non-unlimited cellular data plans will see at least small improvements over time.

While Swift is planned to reach ABI stability in version 2.0 at WWDC 2015, Apple will apparently not ship Swift versions of its own iOS and OS X applications this year. Instead, we are told that Apple currently plans to convert its own apps over to Swift in 2016 via iOS 10 and OS X 10.12, unless unforeseen roadblocks emerge over the next year.