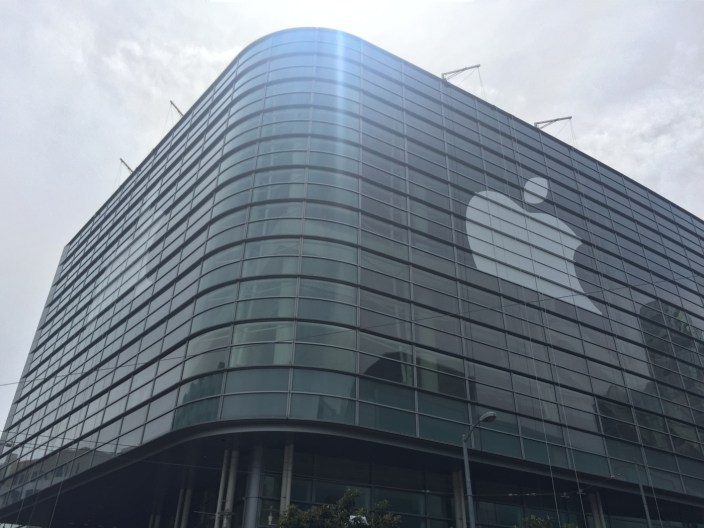 In a letter received by the leaders of AltConf, it was revealed that Apple is cracking down on the live streaming of its WWDC video content at events other than its own. AltConf, which is a community-based developer conference being held in San Francisco the same week as WWDC, had planned to stream content from WWDC in its Viewing Room, but received a letter from an Apple legal representative which demanded that AltConf cease all plans to stream Apple content.

This firm represents Apple Inc. (“Apple”) in certain matters. Apple has recently learned that AltConf 2015 (“AltConf”) is promoting its intent to stream live content from Apple’s WWDC events, including the Keynote address, and is charging $300 for guaranteed spots in the viewing area for the live streams.

In the letter, AltConf was told that it will not be allowed to show any content from WWDC at its event. AltConf has shown the WWDC keynote for the last several years with no backlash from Apple.

This year, however, a legal rep for Apple stated that Apple has the right to exercise control over both the content of its streams and how they are “packaged, distributed, and delivered.” The letter went on to say that AltConf’s streaming of WWDC  “would strip Apple of exclusive control over one of the most anticipated events of the year, and could deprive Apple of potential revenue generated from its exclusive rights.”

In addition to asking AltConf to refrain from streaming WWDC content, Apple has also stated that no content relating to WWDC may be reproduced or distributed on-demand. One problem Apple seems to have with AltConf’s display of WWDC content is that they charge $300 for tickets to the event, even though tickets do not guarantee a spot in the Viewing Room and there are many benefits to purchasing a ticket beyond just viewing the live stream. In fact, admittance to the viewing room is on a first come first service basis. Apple recognizes this still to be an problem even putting the tickets aside. The biggest issue, however, is that Apple wants to exercise full control over its content and ensure that its brand and reputation are respected:

Apple appreciates that Hero ticket holders are not guaranteed seating in the WWDC viewing theater and further appreciates the enthusiasm and ingenuity of the organizers and the attendees of AltConf. Nevertheless, Apple must protect its intellectual property, including its right to publicly perform its copyrighted content. Consequently, Apple continues to demand that AltConf cancel the planned streaming of the WWDC addresses and sessions

Each element of Apple’s public messaging is carefully planned and meticulously executed. Apple expends significant resources in designing and implementing all of its public-facing messages and this attention to detail has become synonymous with Apple and has contributed immeasurably to the value of Apple’s brand and reputation. Allowing unaffiliated third parties to publicly perform its content could undermine the efforts – and resources – that Apple expends in ensuring that each public message originating from Apple is of the highest quality and is uniform in style. AltConf’s threatened streaming of Apple’s content would strip Apple of exclusive control over one of the most anticipated events of the year, and could deprive Apple of potential revenue generated from its exclusive rights.

Nevertheless, Apple still touts that all WWDC content will be available through other means:

Apple understands that tickets to WWDC are limited and that many who would have liked to attend in person cannot do so. Accordingly, for those wishing to view the WWDC content, Apple makes the content available both to individuals for streaming on their personal devices or computers and on Apple’s YouTube channel after the conference, or through the Apple WWDC App.

From the initial letter to AltConf from Apple:

Apple invests significant resources in the content it delivers during WWDC, and its rights in the content are protected by U.S. Copyright laws. Publicly streaming Apple’s WWDC content in the manner in which AltConf proposes would violate Apple’s copyright rights in the content, including its exclusive right to publicly perform its copyrighted works. This is particularly the case where AltConf proposes to offer the content for profit. Therefore, Apple requests that you refrain from publicly streaming the WWDC addresses and further refrain from reproducing, distributing or otherwise infringing Apple’s rights in the WWDC streamed content.

Over the years, it has become common for groups of developers and Apple fans to get together en masse and view the WWDC keynote and other various content. Despite Apple’s request for AltConf to not reproduce any WWDC content, a handful of alternatives are still available. It remains unclear as to whether Apple is attempting to block all events similar to AltConf.

Alternatives to AltConf that have not been contacted by Apple, as far as we know, and are showing WWDC live streams: