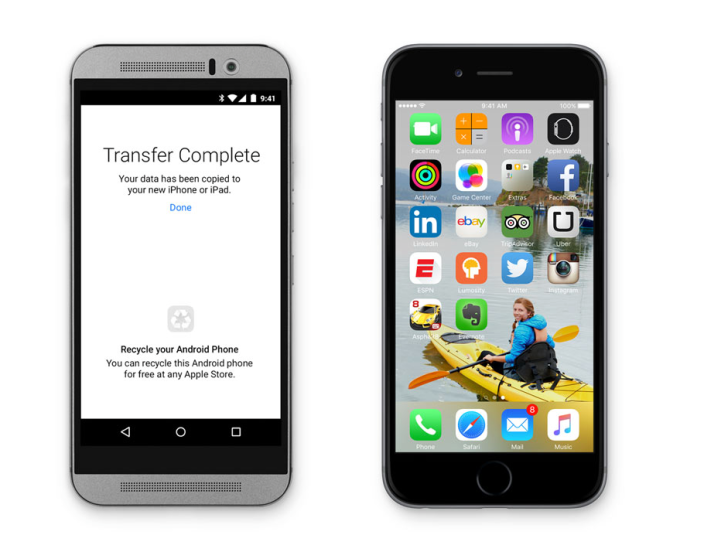 As part of iOS 9, Apple today has announced a new app called Move to iOS that makes the transition from Android to iPhone more seamless for the user. While the app went unannounced during the WWDC keynote, it is listed on the iOS 9 feature page on Apple’s website.

Move to iOS allows users to wirelessly switch from Android to iOS. The app, according to Apple, allows Android users to wirelessly transfer their contacts, message history, camera photos, videos, web bookmarks, mail accounts, calendars, wallpapers, and DRM-free media to their new iOS device. It will also automatically suggest that users download the iOS versions of any free Android apps from the App Store. Users’ paid apps are added to your iTunes Wish List automatically.