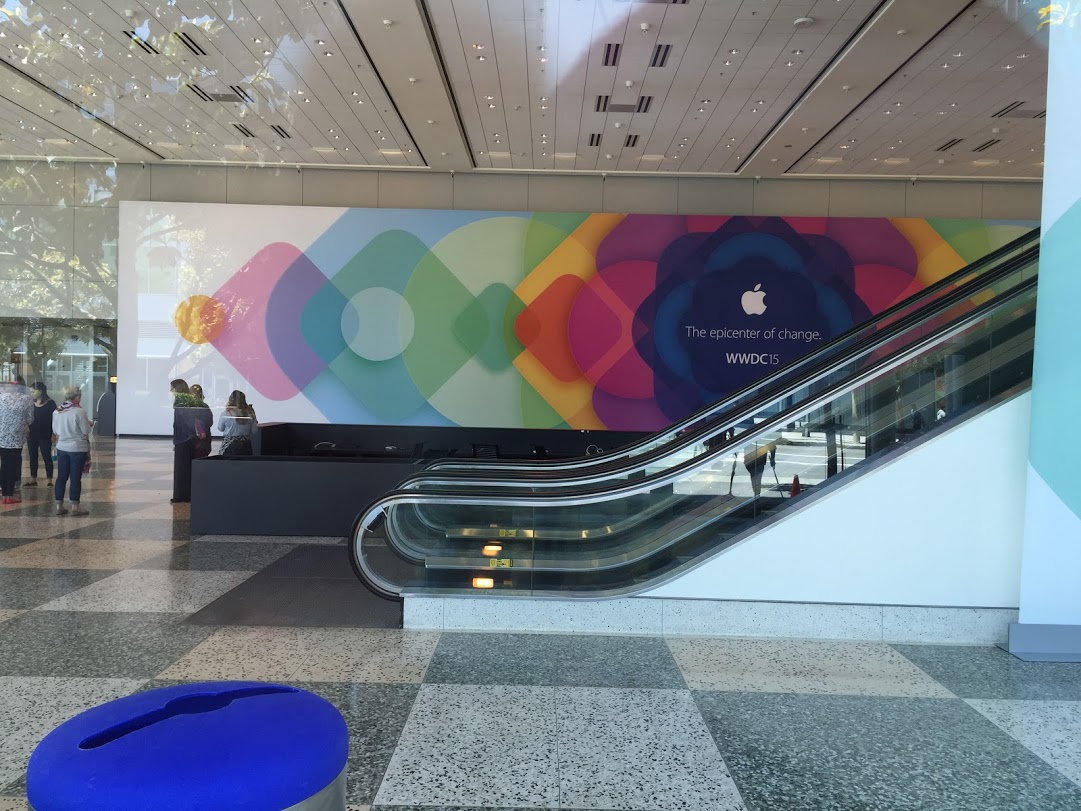 Keynote News and Analysis (higher up bullet points are newer)

– Cue giving a demo of the new app.

– Apple Music: Revolutionary Music Service, 24/7 Global Radio station, a station that only has one master, music itself. New Connect feature so artists can interact with their fans.

– Apple’s Jimmy Iovine is up.

– WatchOS 2 to developers today, everyone this fall. Free update.

– Siri gets HomeKit and Transit support. You can also now pull up individual Glances, for example Instagram.

– Maps gets the mass transit capabilities as well.

– Apple Pay gets all of those iOS 9 Apple Pay features discussed earlier. Passbook renamed to Wallet as well.

– Now you can Reply to email in new WatchOS. You can also do FaceTime Audio for the first time.

– CarPlay: Apps from the automaker so you don’t need to leave CarPlay, Wireless CarPlay for future cars, first tested with iOS 8.3.

– HomeKit improvements: Security system, Window shades, sync out of the home via iCloud.

– New Browse Around Me feature + showing which stores support Apple Pay. These upgrades on iPhone, iPad, and Mac.

– Passbook is now renamed to Wallet.

– Store credit and debit cards coming to Apple Pay: BJs, Kohls, and JC Penney. Loyalty and rewards cards from Walgreens and Dunkin Donuts in the fall.

– Jennifer Bailey announcing new Apple Pay features: Discover card this fall, merchants expanding their support as well. Announces partnership with Square who is launching new reader. Launching in the fall. New Apple Pay support in apps added daily. Pinterest will launch support for Apple Pay purchases inside of their app later this year. UK Apple Pay next month, 70% of cards in the UK.

– New ways to search across system: Like searching Mail ignored from certain person, same in Finder and Spotlight.

– Should be starting up here in under 10 minutes.

– Gruber says over 2 hours for the Keynote.

– View from inside Moscone this morning

– Coming up on an hour until the keynote… Time to Stand.

– New Apple Comms VP getting the recognition he deserves:

@stevedowling The VIP and media pastries look very fresh, for the record. (Not eating though. Too many calories.) #WWDC pic.twitter.com/fZtNJXCd

– Some news just an hour before the keynote: Apple could announce a Newsstand replacement geared toward hosting publisher content. Story here.

Apple folks seem to have a little special tech on their #WWDC2015 badges. pic.twitter.com/E2QNSJLj4m

While upstairs in the press area at WWDC bloggers are interviewing each other about their favourite Apple products. Hooo boy.

– Phil in on the action:

I caught Craig Federighi walking in. Strangely, he didn't have to wait in line #WWDC pic.twitter.com/iaZOwZgCec

– The Cavs will get to celebrate their Championship with native Apple Watch apps:

All eyes will be on this stage today. #WWDC15 http://t.co/v84YTlJjbX pic.twitter.com/CHYiyKIoLW

– Mayor of SF is here with his Apple Watch (that he has never used?)

SF Mayor Ed Lee is here at #WWDC2015 to learn about tech. Has an Apple Watch but hasn't used it yet pic.twitter.com/DKMlI67qWO 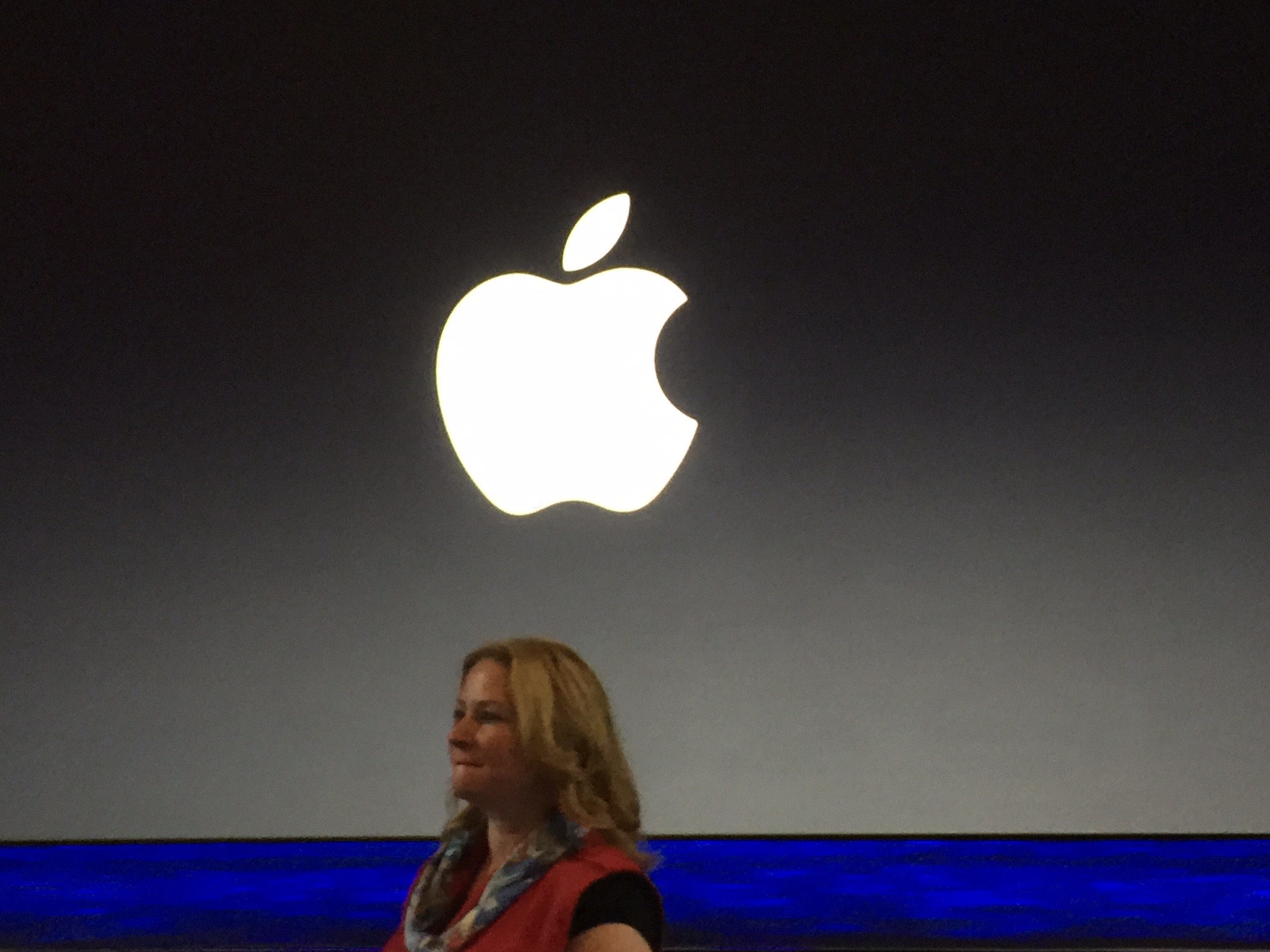 Apple's head of iTunes @cue (not pictured) chatting with @iamwill before the #WWDC15 keynote pic.twitter.com/PvC3YJEV8n

We are in at #Apple #WWDC. Starts soon. @usatoday pic.twitter.com/txmmNUgsMk

The next version of OS 10 looks like this. #WWDC2015 pic.twitter.com/LOeAYd0nO3

– Some last minute news from the WSJ on Apple Pay plans:

Apple Inc. is expected to announce Monday that it will start accepting retail store cards onto its Apple Pay mobile-phone payments system, according to people familiar with the situation.

The move is part of a series of changes to Apple Pay that the company is expected to announce at its Worldwide Developers Conference, these people said.

Retail store cards, also known as private label cards, so far haven’t been part of the Apple Pay system that was launched late last year. The cards, which are popular with consumers because they typically include special offers and discounts, can only be used at specific merchants.

– Stream is up if you’re watching at the direct VLC link.

– Apple’s stream is live on their website as well.