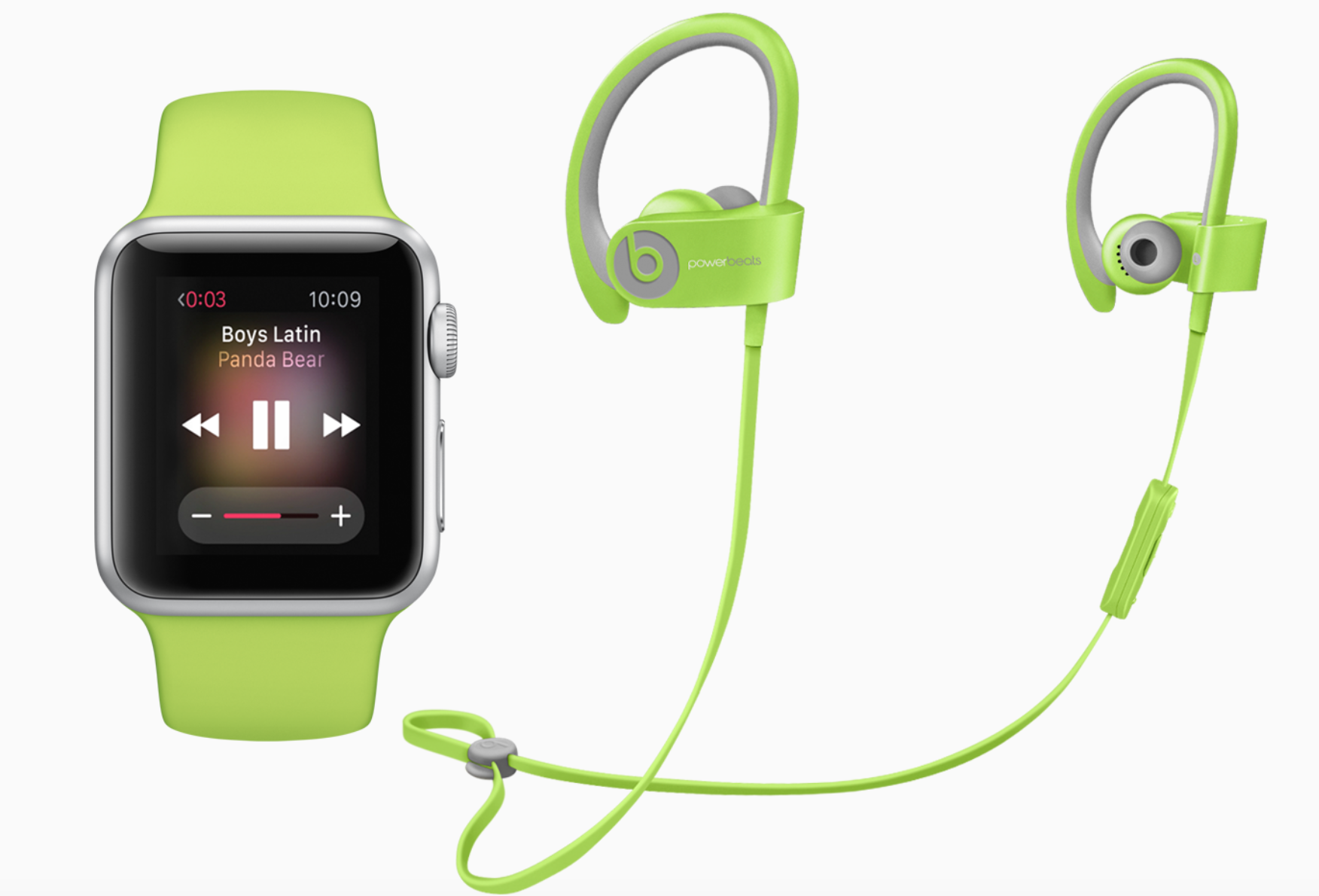 Earlier this week we noted that Apple has refreshed the Beats by Dre wireless Beats Powerbeats 2 earbuds with new colors aimed at Apple Watch Sport users. Today, Apple has updated its Beats headphones website to promote the new line of headphones along with a new price: $179, which is $20 less than the previous price at $199.

With its onboard storage for music and Bluetooth connection, Apple is promoting these headphones as a way to tap into listening to music with the Apple Watch without the need of a connected iPhone. Even with the ties to Apple and the new Apple Watch-centric marketing campaign, the new earphones will still work with other Bluetooth media players.

We noted earlier today on 9to5Toys that some retailers are offering as much as $50 off of the wireless headphones, and Amazon is selling the accessory at various discounted prices ranging from $169 to $189.