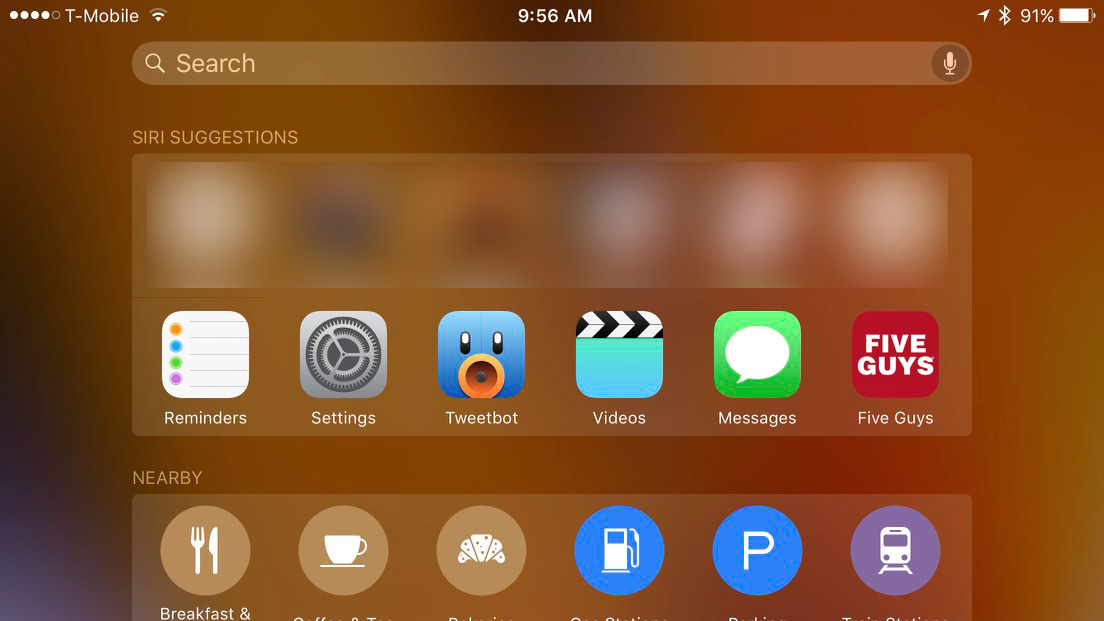 I was genuinely excited when my colleague Mark Gurman revealed iOS 9’s Proactive — Apple’s competitor to the Android assistant Google Now — because it sounded like something that would radically improve my daily iPhone use. “Like Google Now,” Mark said, “Proactive will automatically provide timely information based on the user’s data and device usage patterns,” details Apple confirmed when it officially announced Proactive at WWDC. Google Now’s success made an Apple response inevitable: who wouldn’t want an iPhone that correctly anticipated your needs, reducing your time spent manually hunting for information?

But unlike Google, which Apple CEO Tim Cook has portrayed as a miner of personal data for “God-knows-what advertising purpose,” Apple has positioned itself as a champion of user privacy. As such, Proactive apparently doesn’t use cloud servers to process your personal data, which Google has done to great effect. Instead, iOS processes data directly on your device, so its scope — whatever your device is holding — and utility are a lot more limited. Consequently, the iOS 9 beta version of Proactive doesn’t do much; its features could have appeared on the annual WWDC slide that flashes 50 new iOS additions on screen for less than a minute before disappearing.

Readers, I’d like to ask you a question. We’ve seen what Google and third-party developers are currently doing with Google Now cards, and it’s pretty awesome — everything from helping you manage commutes (like Proactive) and trips (way beyond Proactive) to finding TV shows, scheduling return taxi rides, and sending birthday greetings. My question: would you rather see Apple slowly iterate on Proactive as it sorts through each new feature’s privacy implications, or tackle Google Now with a bolder and more powerful Proactive, privacy be (mostly) damned? A poll is below… 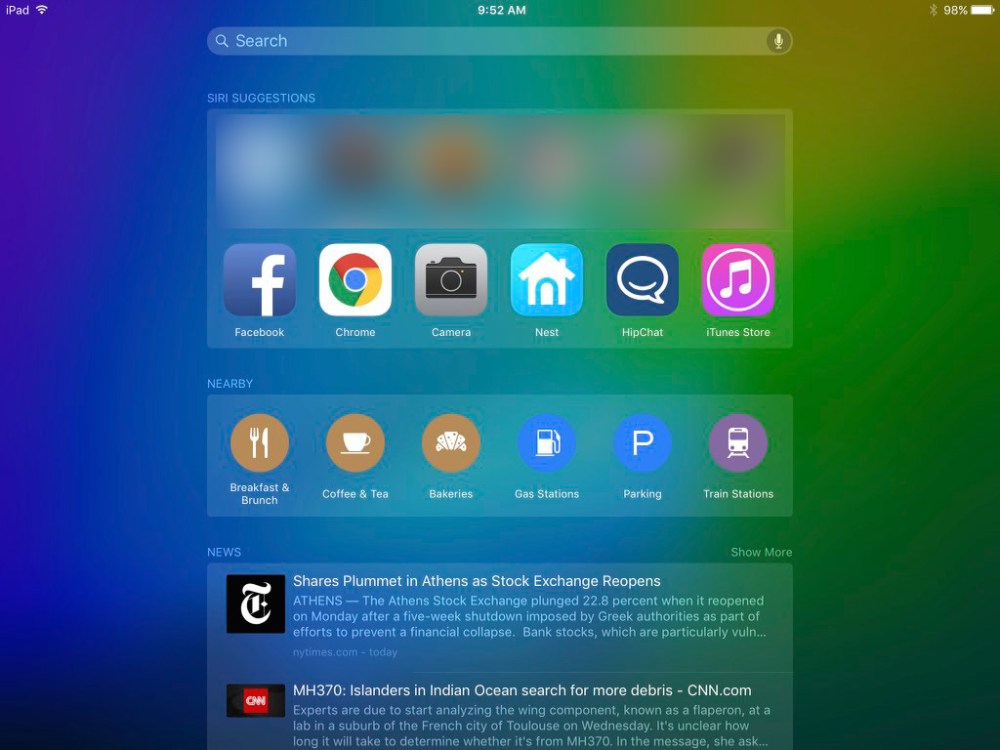 Because it’s so device-dependent, Proactive currently feels more like a collection of small parlor tricks than a major new feature. One tweak creates a shortcut to the Music or Podcasts app when you plug in headphones, routing you to something you left off playing before. Another cross-references your emails against incoming calls so you can guess who’s calling even without a contact on file. And the most visible feature uses your location to suggest nearby places to visit, and show you news headlines popular with people around you.

Proactive primarily lives in the former Spotlight search location, where you are presented with a list of recent contacts, app suggestions, a collection of nearby things you might want to do at a given time of day, and a handful of recent news articles. Unfortunately, over the weeks I’ve been using Proactive, very little in this collection has been useful to me, even though I read news and use apps every day. The app recommendations are almost thoughtless and the nearby recommendations are repetitive and mechanical; I don’t feel like either my device usage or the data I’m willing to share with Apple are being processed well. My favorite Proactive feature, a Lock Screen computation of the travel time to my next calendar event’s destination, has been great as a reminder to leave, but not as an accurate estimate of driving time — it’s usually significantly off for some reason.

Google’s philosophy with Google Now was essentially that people would love the results of processing their emails and data, and get used to the privacy tradeoffs. There’s a lot of evidence to suggest that some people agree entirely with Google. Even so, the Google Now web site says that “you control the settings that determine the information provided,” implicitly acknowledging that yes, data processing is being done, but you can turn off Google’s access to data you don’t feel comfortable sharing.

Apple has portrayed Google’s “let us go through your mail and make your life easier” approach as creepy, and suggested that Google Now-like services are only worth adding to iOS if the user’s data remains private. Of course, some people agree with Apple. But there’s another possibility: trust Apple with your data, because Apple (thus far) hasn’t appeared to be as willing to exploit user data for unspecified purposes as Google.

How would you prefer to see Proactive evolve? Register your opinion in the poll below, and share comments if you have them!

Check out more of my editorials, How-To guides, and reviews for 9to5Mac here! I’ve covered a lot of different topics of interest to Mac, iPad, iPhone, iPod, Apple TV, and Apple Watch users. Don’t forget to click on Older Posts at the bottom of the page to see everything!