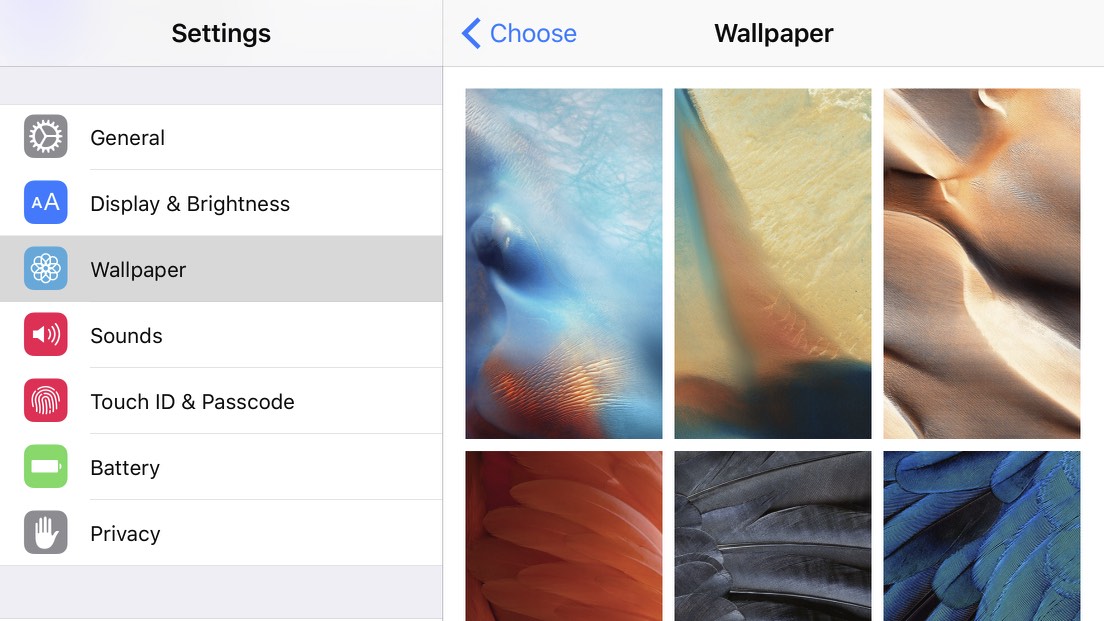 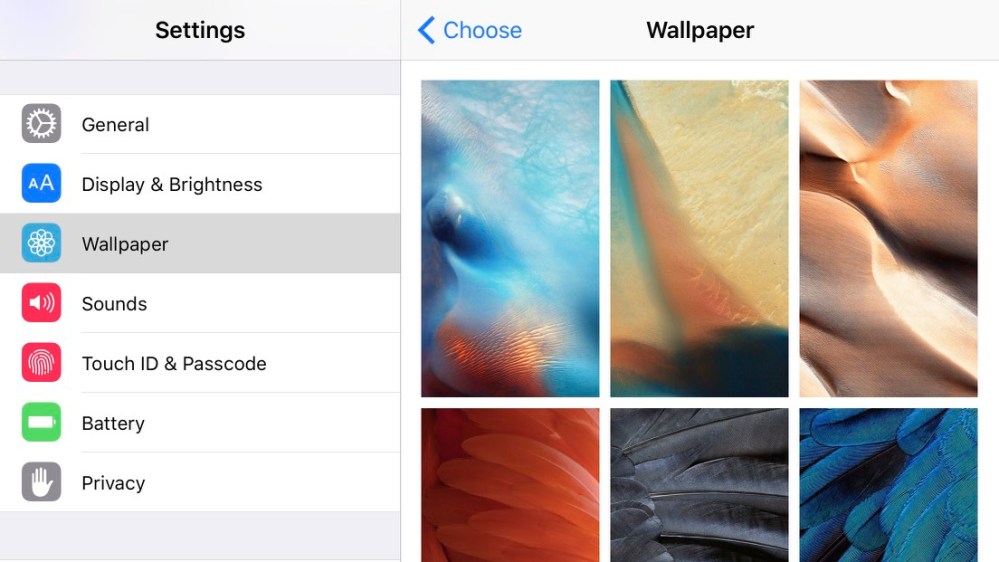 For non-developers and iPhone users not risking stability on their daily driver in favor of new eye candy and features, though, the several week waiting period for iOS 9 to be finalized and released ahead of the new iPhone 6S can make waiting to try those new wallpapers frustrating. To remedy that, we’ve shared downloadable versions of each new wallpaper below so you can sport the iOS 9 look on your iPhone without the occasional bugs that accompany beta versions of iOS:

And for good measure, here’s the original iOS 9 default wallpaper — a multi-colored wave — although it’s been replaced in the latest beta along with several iOS 7 and iOS 8 default wallpapers (plus OS X 10.11 El Capitan’s new wallpapers). To save any of these wallpapers for use on your own iPhone ahead of iOS 9’s release, open the gallery for each set to access the full resolution version.