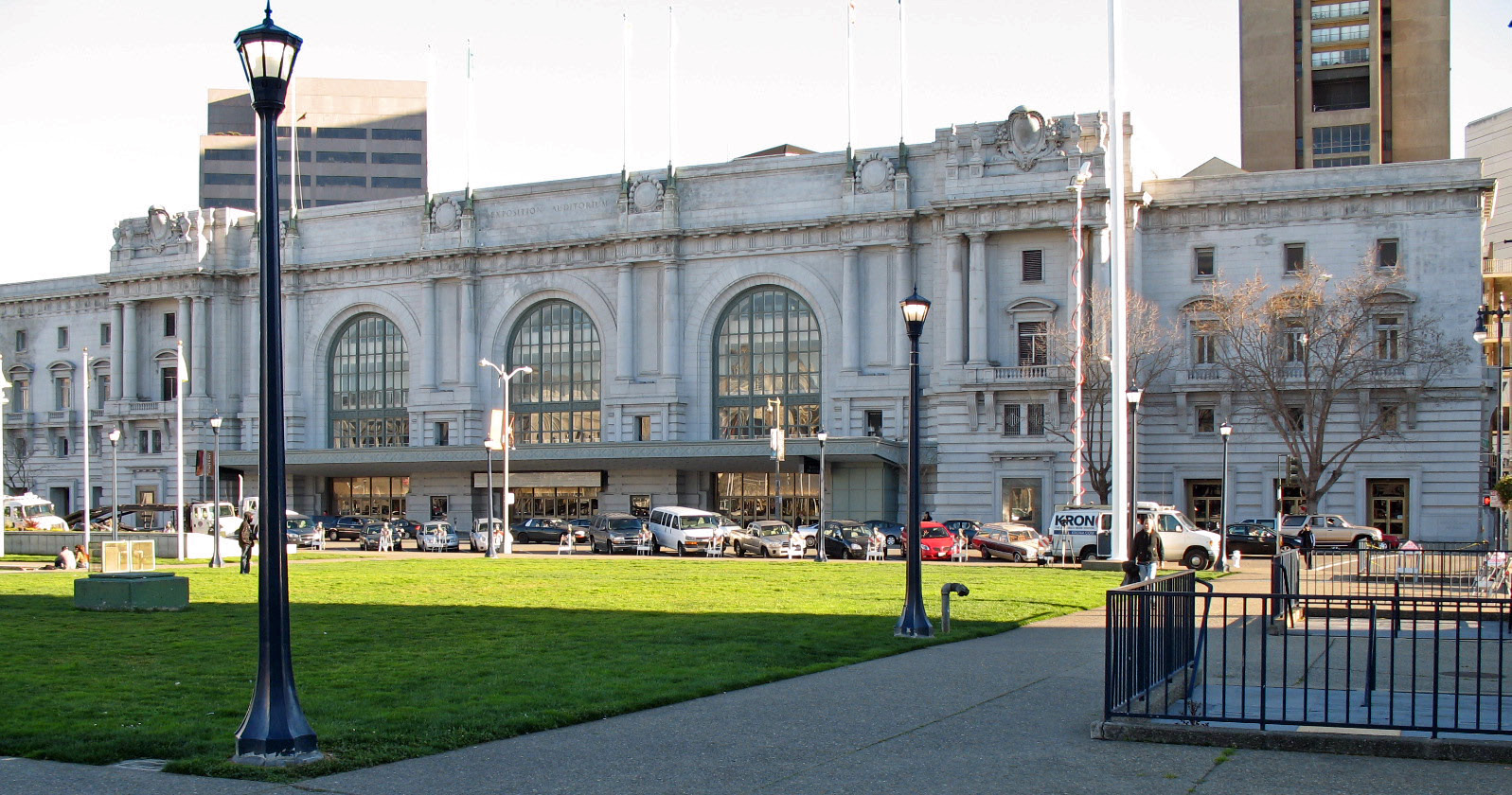 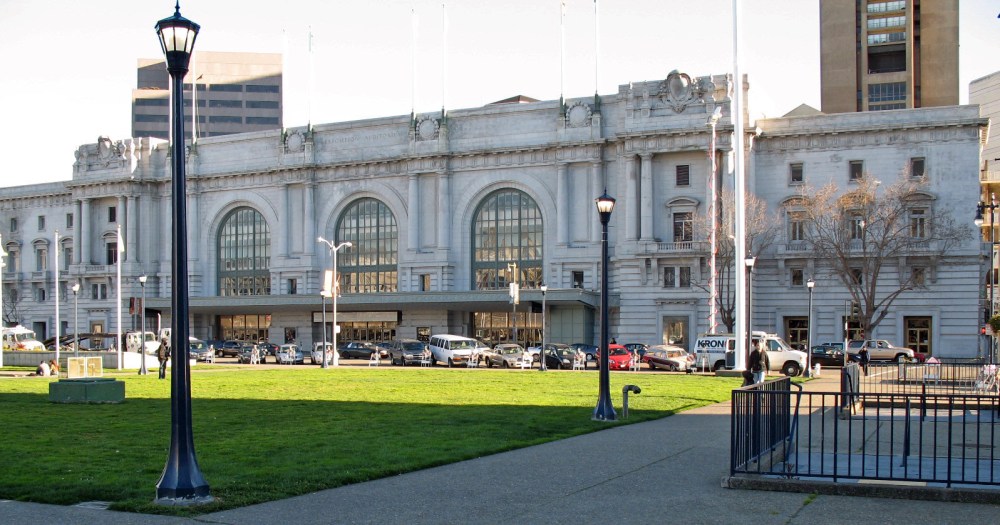 Earlier this week, whispers started arising that Apple was planning to hold its September 9th iPhone event at the Bill Graham Civic Center Auditorium in San Francisco. At the time, however, there was very little evidence to support the claims. Today, San Francisco news outlet Hoodline reports that a “trusty source” has confirmed that Apple is indeed hosting its event at the Bill Graham Civic Center.

The Planning Department documents simply list that a company has reserved the location for a “trade show” running from September 4th to September 10th, although no company has publicly confirmed that it has reserved the location. Given the length of the reservation and the amount of secrecy surrounding the details, it definitely seems more than likely that Apple is behind it. Hoodline claims that its source shared documents from event logistics that confirm Apple is renting the building.

Security personnel and police forces have been patrolling the building this week at all hours, while heavy equipment has been loaded into a stationed around the building. Furthermore, several planned street closures also corroborate the idea of Apple holding its event at the Bill Graham Civic Center:

Furthermore, planned street closures in the area reveal that Grove Street in front of the auditorium will be shut down to traffic from 6pm on Tuesday Sept. 8th to 11:59pm on Thursday Sept. 10th, while Fulton between Hyde and Larkin will be shut down on Wednesday Sept. 9th between 4am and 11:59pm. That block of Fulton is frequently used as a staging area for film crews and equipment in the Civic Center area, as it was during February’s filming of the upcoming Steve Jobs movie.

Apple recently has venturing out from the norm when it comes to where it hosts its product unveil events. For instance, last year’s fall iPhone and Apple Watch event was held at De Anza College. This move on Apple’s part reportedly cost it over $1 million due to fees for campus disruption, security, and the use of the Flint Center itself. Of course, the Apple Watch event was the wasn’t the first time Apple had used the Flint Center. The company also unveiled the original iMac at De Anza in 1998 and the Mac in 1984, making it a marquee location in Apple’s history. Shooting for the Steve Jobs biopic was also performed at the Flint Center. 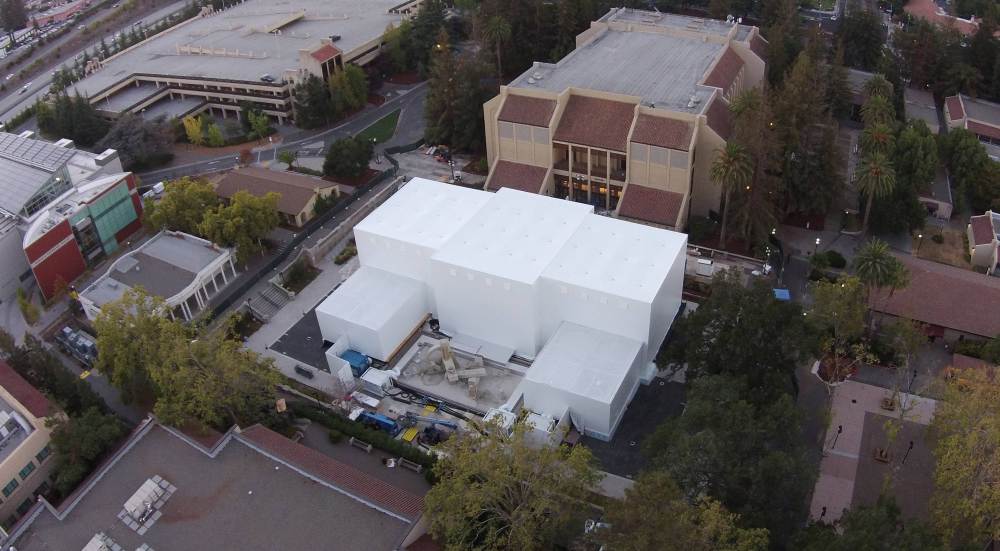 With the use of the Bill Graham Civic Center, it’s especially interesting to note the street closures that go along with it. When Apple showed Apple Watch and iPhone 6 at De Anza, it also built a 7,500-square-foot structure outside, in which it displayed the new products it had just announced. With the street closures occurring the days around the event, it seems possible that Apple is planning some sort of outdoor component to its September 9th event this year, perhaps to showcase its new products or to shoot advertisements and promo videos for them. The Bill Graham Civic Center Auditorium has a seating capacity of 7000, as well.

When you think about it, Apple hosting a sort of “road show” in San Francisco this year to commemorate the launch of the iPhone 6s, 6s Plus, and Apple TV makes perfect sense. When it finishes construction of its Campus 2 headquarters, all future events will almost certainly be held there. That means that this year’s iPhone event could be the last iPhone product launch that isn’t held on Apple’s campus, so there’s no reason for the company not to go out “with a bang,” so to speak. Of course, Apple events notoriously have a huge amount of hype surrounding them on their own, but the company could still liven  up the event even more, especially during an “S” year of announcements.

At the event, Apple will unveil the iPhone 6s, which we unveiled exclusive details on earlier this summer. The iPhone 6s is expected to be largely similar to the iPhone 6, but with a pressure-sensitive Force Touch display and improved wireless connectivity. Apple is also expected to introduce its new Apple TV unit at the event with a redesigned interface, new remote, and support for an App Store. New iPads are also rumored to be shown off, although the fate of the iPad Pro is unclear, as is the fate of an iPhone 6c.