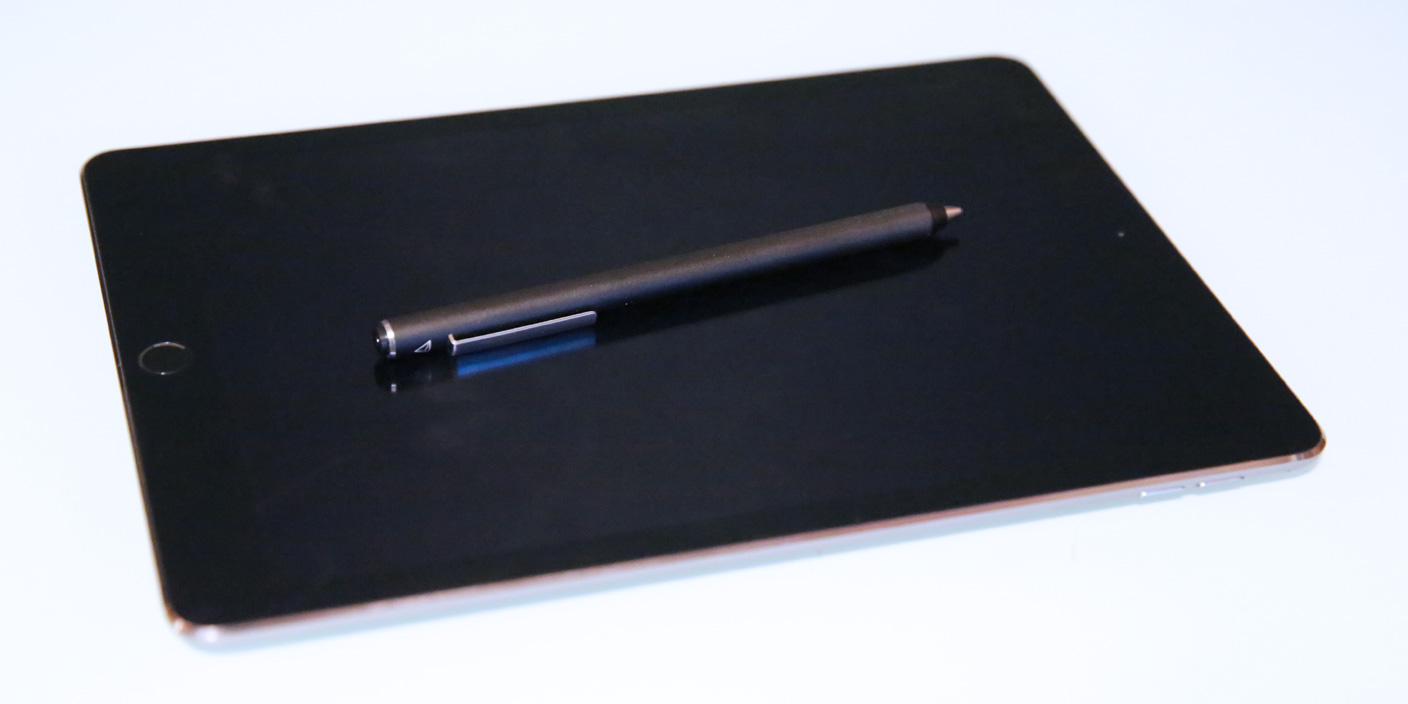 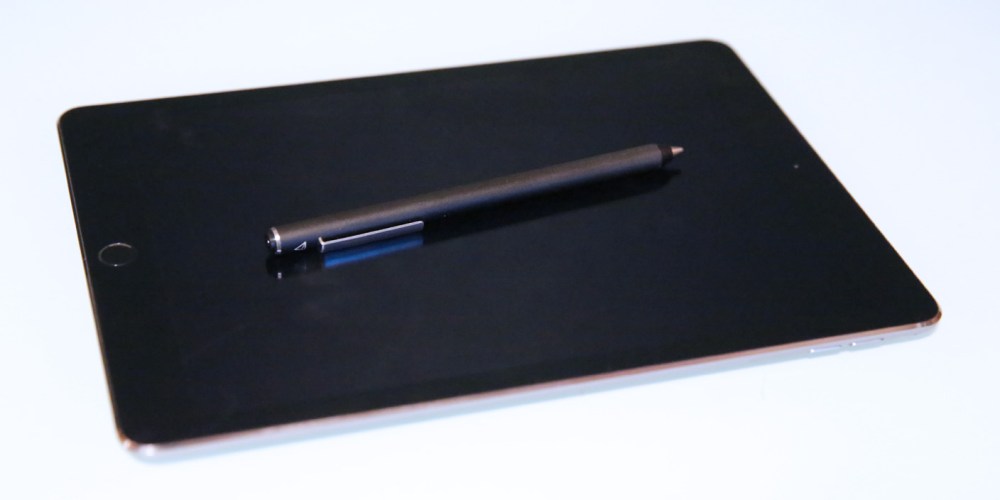 I keep a box with around 20 iPad styluses next to my desk, so every time a new stylus arrives, I can easily compare it against its predecessors and rivals. There hasn’t been much functional innovation in the category for a couple of years, but stylus form factors, batteries, and buttons have changed, generally getting simpler and smaller after each generation. Even so, Adonit’s new Jot Dash ($50) surprised me. It comes less than 6 months after the release of Jot Script 2 (reviewed here), but looks and feels a lot different from its predecessor. Jot Script 2 costs $25 more, feels fairly thick, and uses Bluetooth 4 for (somewhat iffy) palm rejection. Jot Dash cuts both its price and size by dropping the Bluetooth hardware, while keeping the 1.9mm fine writing tip that made Script special.

Why would Adonit simplify its prior electronic styluses by removing Bluetooth? Perhaps because relatively few developers have been willing to add Bluetooth stylus support to their apps. Today, a stylus would be considered to have “good” software support if 30 of the 1.5 million iOS apps included hooks for its special features; Jot Script 2 lists just under 20 fully supported apps. So, like the $60 Lynktec Rechargeable Apex I recently reviewed, Jot Dash doesn’t require special software support — it has a simpler feature set that works with all apps and all iPads, including the iPad Air 2. It similarly includes a rechargeable battery, which gets topped off with any available USB port. The differences are the $10 lower price, and the fact that it feels a lot more like a standard-sized pen… 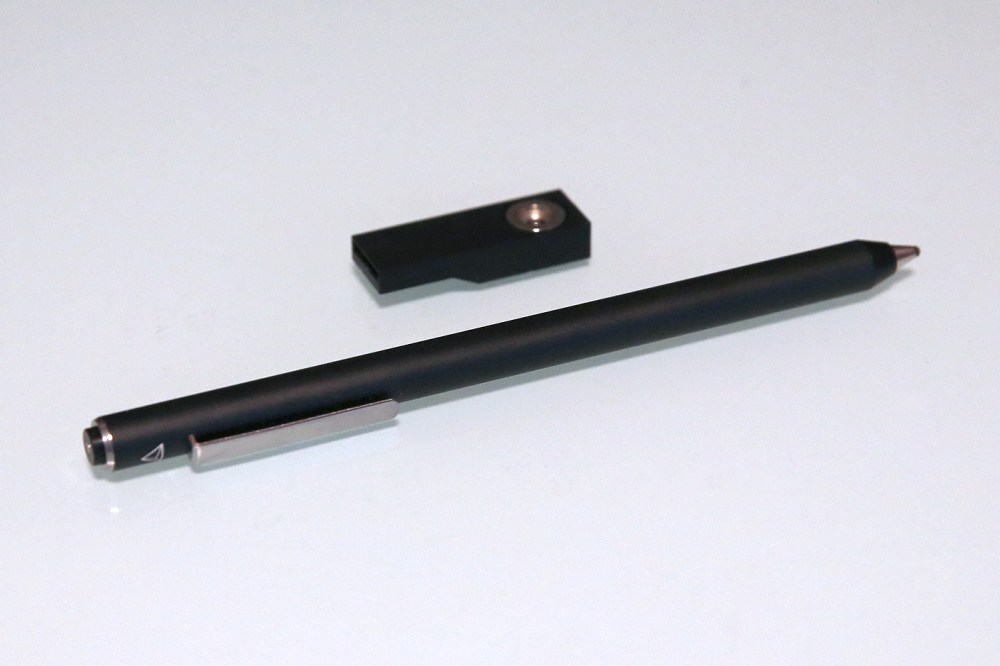 I’ve lost count of how many Jot styluses there have been before Jot Dash, but it suffices to say that Adonit has released many Jots before now — I’d guess Dash was the 10th-generation Jot or thereabouts. But it’s the first electronic Jot that’s as thin as a non-electronic Jot, with a roughly 8mm diameter versus the 10mm Jot Script 2 and 12mm Rechargeable Apex. Those numbers don’t reflect just how different the styluses look and feel, but the images below show how much thicker the Script 2 is than Dash; Rechargeable Apex is even chunkier. Adonit has even slimmed down Dash’s included recharging dock to the point where the all-plastic frame slides into your computer’s USB port, flaring out at the bottom to support the magnetic charging circle — the only metal part left on the design. There are also two color options: the version of Jot Dash I reviewed was jet black, and there’s also a silver version, both with the same black dock.

Using Jot Dash is simple. Press the black bottom, like the base of a retractable ballpoint pen, and you’ll trigger a tiny green power light that’s hidden right above the silver shirt clip on the black aluminum tube. This activates the up-to-14-hour rechargeable battery, with the brief green dot signaling that the extremely thin 1.9mm plastic tip is conducting the mild electric charge necessary to interact with your iPhone’s or iPad’s screen just like your finger; if the power’s off, the tip won’t interact with your device at all. If you press the button again, the light will quickly flash red to signal that the power’s off. Jot Dash will also turn itself off after a brief period of inactivity. 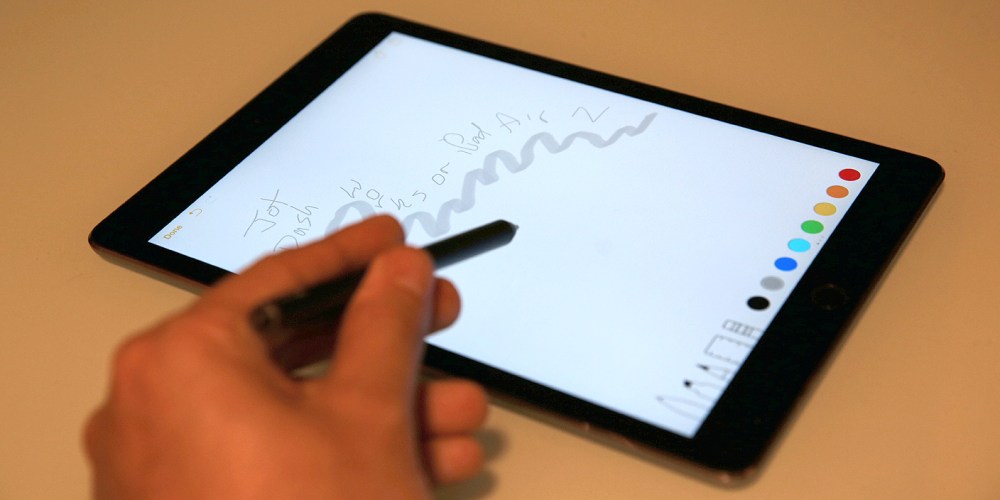 Writing with Jot Dash is exactly like using other electronic but non-Bluetooth styluses I’ve tested, except for Dash’s unusually thin and light body. At 5.7″ long, it’s not the longest stylus out there, but the same as Jot Script 2 without the added thickness. Whereas Jot Script 2 was like holding a fountain pen or thick ballpoint pen, Jot Dash feels like a refined traditional ballpoint. The tip moves just a little relative to its conical metal frame, letting you hear a little click when it’s pressed against the iPad’s or iPhone’s glass. It still doesn’t feel quite like writing with a regular pen on paper, but comes closer than Rechargeable Apex, which barely flexes as its larger tip moves against a flat surface. 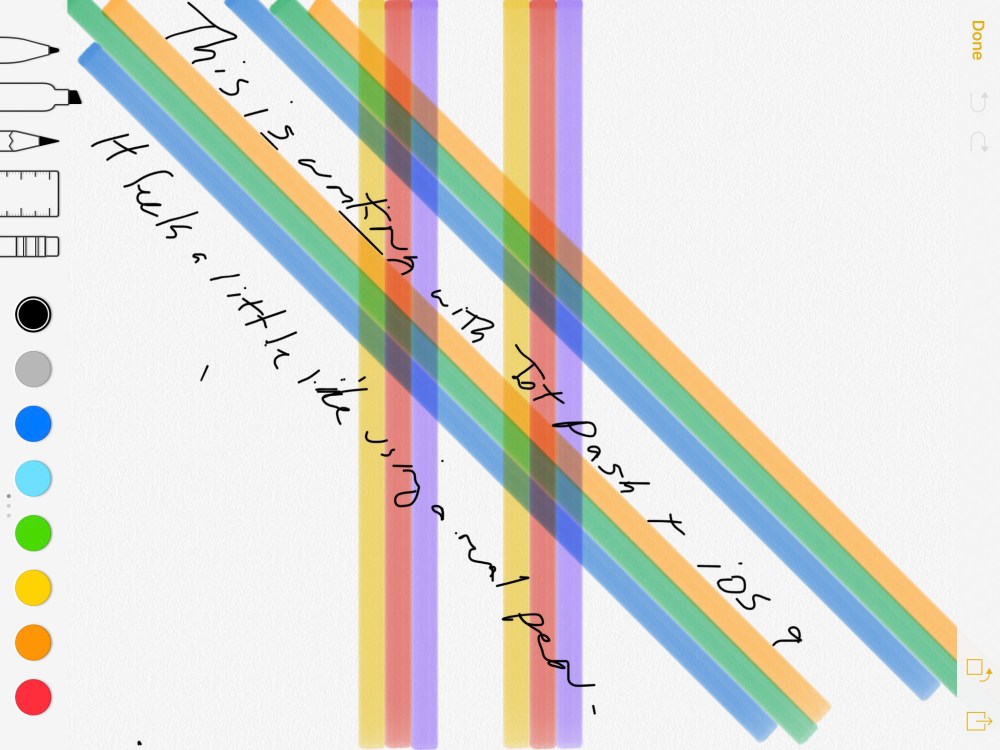 When used with an iPad, Jot Dash didn’t dramatically change the way I write. Adonit and others have used Bluetooth (with varying degrees of success) to enable stylus features such as pressure sensitivity, palm rejection, and erase/switch brush/undo buttons. These features have required app-specific software support but yielded unique results in supported apps. Jot Dash tosses these sorts of features in the name of universal app compatibility, and gives users the ability to write with a finer tip than their fingers, which allows for smaller, tighter lettering and more precise sketching, so long as you’re not resting your hand against the screen.

Jot Dash also feels comfortable enough to use as a writing instrument on Apple’s Magic Trackpad, which can be used for creating signatures within OS X’s Preview app, for instance; the same feature also works for signatures and notes on iPhones and iPod touches. It remains to be seen what will happen with styluses when Apple adds pressure sensitivity to iPhone and iPad screens, but assuming it doesn’t otherwise break styluses like Jot Dash, a pressure-sensitive surface could be a major boon to styluses without pressure-sensing tips, saving power while enabling the same functionality. 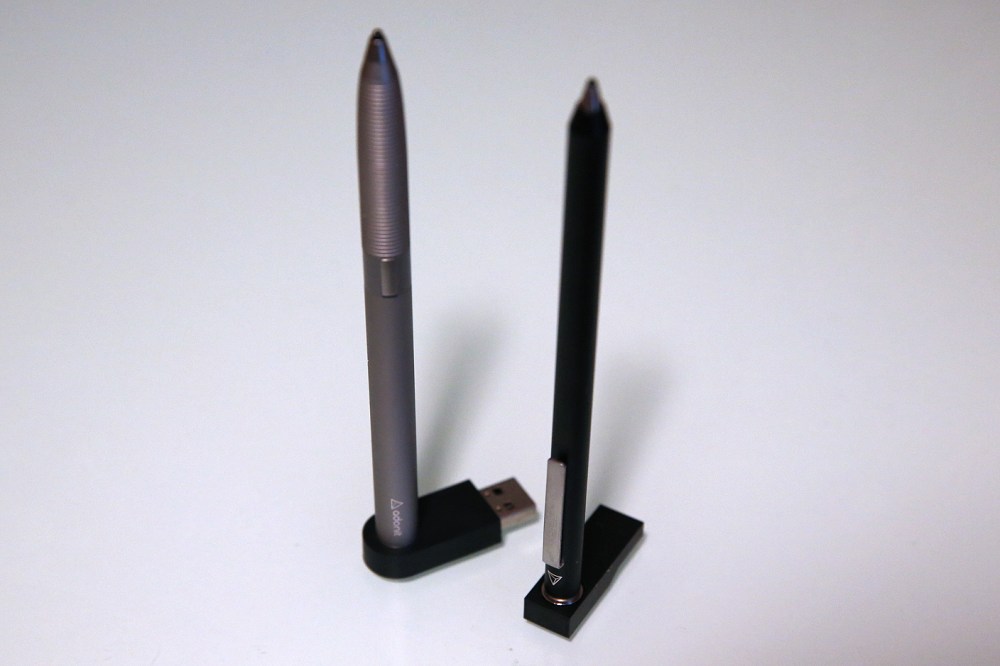 Jot Dash’s biggest selling points are its $50 price tag and slender profile, both of which make it a highly attractive alternative to earlier non-Bluetooth styluses I’ve tested. Despite shrinking Jot Dash in diameter, Adonit has found ways to preserve the key features expected of an electronic stylus — enhanced writing accuracy and a no-fuss battery solution — while adding a shirt clip, and including a convenient recharging dock that rivals omit. I really liked being able to use Jot Dash for several days worth of typical writing on a single charge, then recharging in under one hour with the dock rather than a USB cable. Based solely on its low price, this would be a winner of a stylus, but when its slimmer body and conveniences are taken into account, Jot Dash will be a hard stylus to beat without radically updating its features.