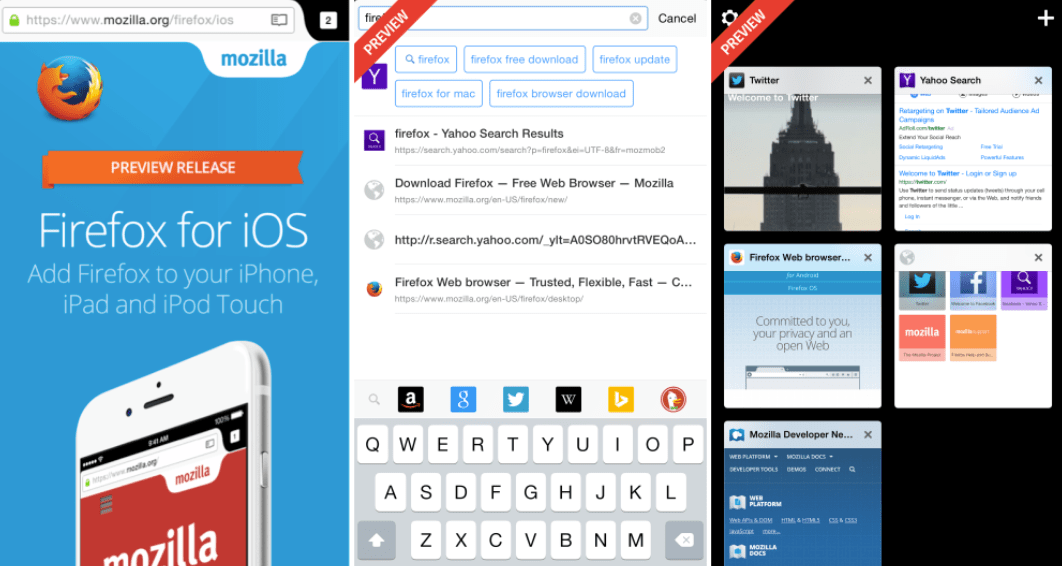 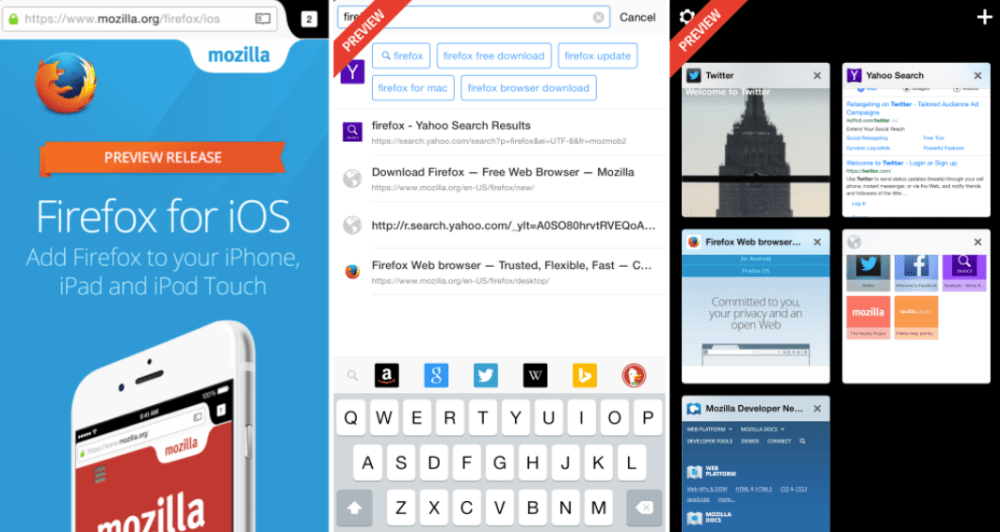 Firefox says that it is primarily using the first preview to collect feedback from users to help it improve the features and stability of the browser before a widespread launch. One notable feature that the company is collecting data on is Intelligent Search. This feature, built into Firefox, provides suggested search results and the choice of search providers, as seen in the middle screenshot above. Another notable feature of the app is support for Firefox Accounts, which allows you to keep all of your browser history, passwords, and tabs synced between your various devices. Finally, the app also supports Visual Tabs, which makes it easy to keep track of the tabs you have open at any given point.

If you’re interested in being notified when Firefox for iOS launches in your country, you can sign up here. It’s unclear how long it will be until Firefox for iOS expands to more countries for testing, but the company says it will launch on the App Store by the end of this year.