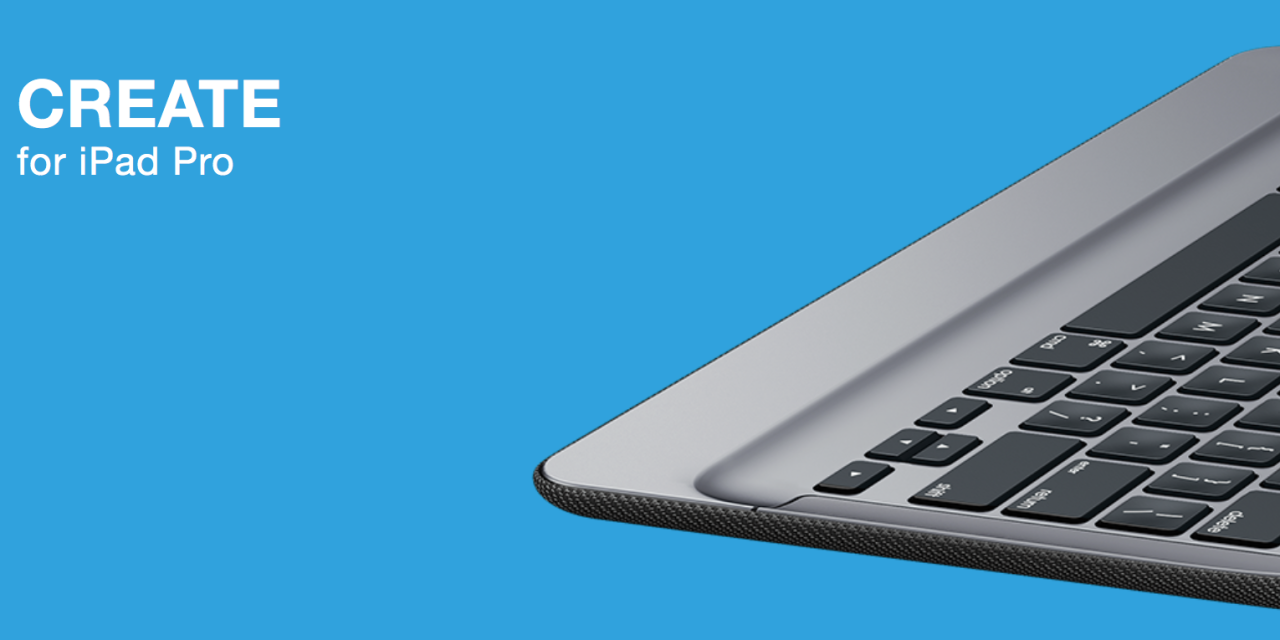 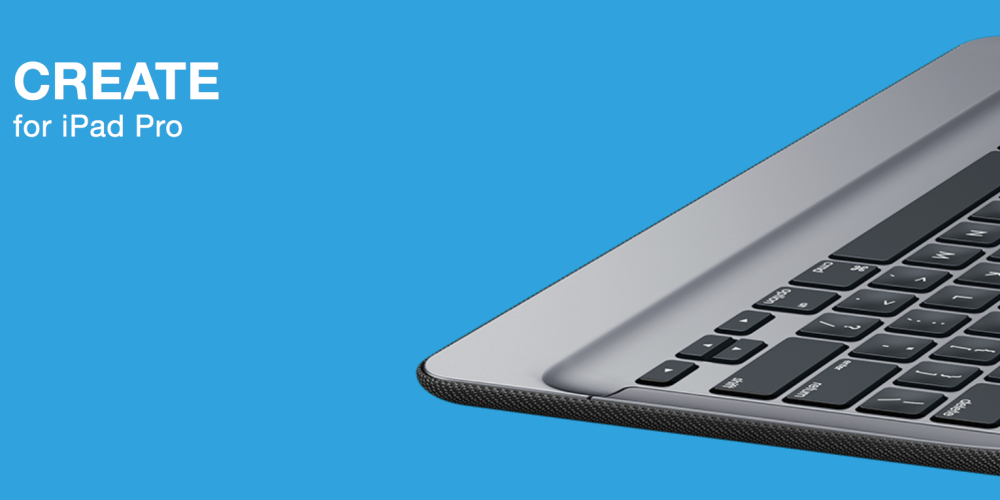 Just hours after Apple officially unveiled the iPad Pro, Logitech this evening has announced its first accessory for the device. Dubbed CREATE, Logitech touts that the accessory is the best keyboard it has ever designed for an iPad. Logitech explains that it worked closely with Apple to ensure that CREATE works seamlessly with all of the unique features of the iPad Pro.

For one, CREATE is powered by the iPad Pro via its Smart Connector, which means the keyboard itself never needs charging. It’s also paired to the iPad Pro with a direct magnetic connection, meaning that you don’t have to worry about pairing the two devices via Bluetooth. The keyboard itself features a full-size layout and keys, making typing seamless and familiar. The case also of course offers an added layer of protection to the iPad Pro.

The Logitech CREATE Keyboard for iPad Pro will be available the same day as the iPad Pro. The iPad Pro is currently slated to launch sometime in November. Apple, of course, is also offering its own Smart Keyboard accessory that connects via the Smart Connector and features fabric covered keys. Apple’s Smart Keyboard will run $169 when released in November, so we should expect Logitech’s offering to also cost somewhere around there. The full press release for Logitech’s CREATE keyboard can be seen below:

NEWARK, Calif. — Sept. 9, 2015 — Today Logitech (SIX: LOGN) (NASDAQ: LOGI) announced the Logitech® CREATE Keyboard Case for iPad Pro, developed closely with Apple to leverage the new Smart Connector™. As a result, Logitech will bring to market the first ever third-party keyboard compatible with the iPad Pro Smart Connector, eliminating the need to power on, set up or charge the keyboard – it is always ready when you are.

“Logitech is the world leader in iPad keyboards, and we’re introducing the Logitech CREATE Keyboard Case – developed together with Apple – to enhance and perfectly complement the iPad Pro,” said Michele Hermann, vice president of mobility at Logitech. “With a full-size keyboard designed to work with iOS 9, the Logitech CREATE will help make the iPad Pro a creativity and productivity powerhouse. Even the color and finish of the keyboard are meticulously crafted to feel and look like the other half of your iPad Pro.”

The Logitech CREATE Keyboard Case helps you unleash the full potential of the iPad Pro. Designed to work exclusively with the new Smart Connector, the CREATE keyboard automatically powers on and pairs with your iPad Pro when placed in the typing position – no Bluetooth® pairing needed. And because the keyboard is powered by the iPad Pro, you never have to think about charging your keyboard again. The intuitive keyboard layout and full-size keys makes typing easy, and helps you take full advantage of the iPad Pro’s expansive workspace and new iOS 9 features. The case offers thin and lightweight protection, and the tightly-woven premium fabric helps resist accidental bumps, scratches and spills.

The Logitech CREATE Keyboard Case for iPad Pro will be available in the U.S., and select countries in Europe and Asia at the same time the iPad Pro is available for purchase. Additional product information and pricing will be available on Logitech.com and our blog in the coming weeks.

About Logitech Logitech designs products that have an everyday place in people’s lives, connecting them to the digital experiences they care about. Over 30 years ago, Logitech started connecting people through computers, and now it’s designing products that bring people together through music, gaming, video and computing. Founded in 1981, Logitech International is a Swiss public company listed on the SIX Swiss Exchange (LOGN) and on the Nasdaq Global Select Market (LOGI). Find Logitech at www.logitech.com, the company blog or @Logitech.