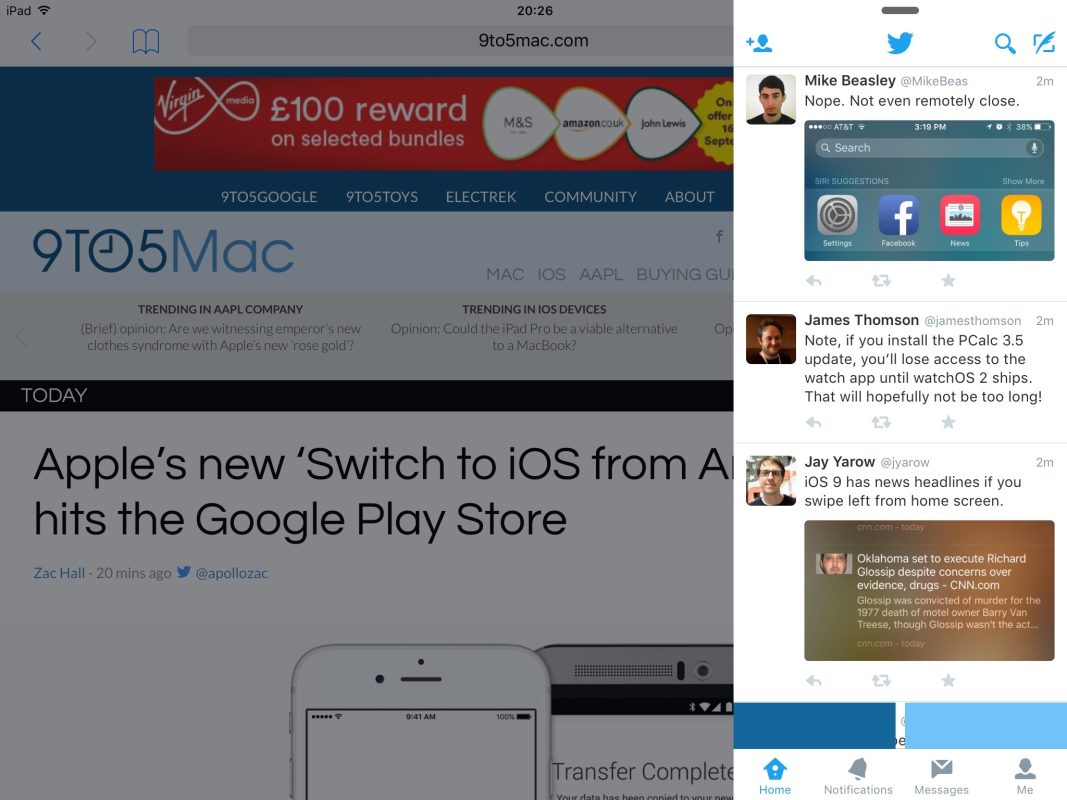 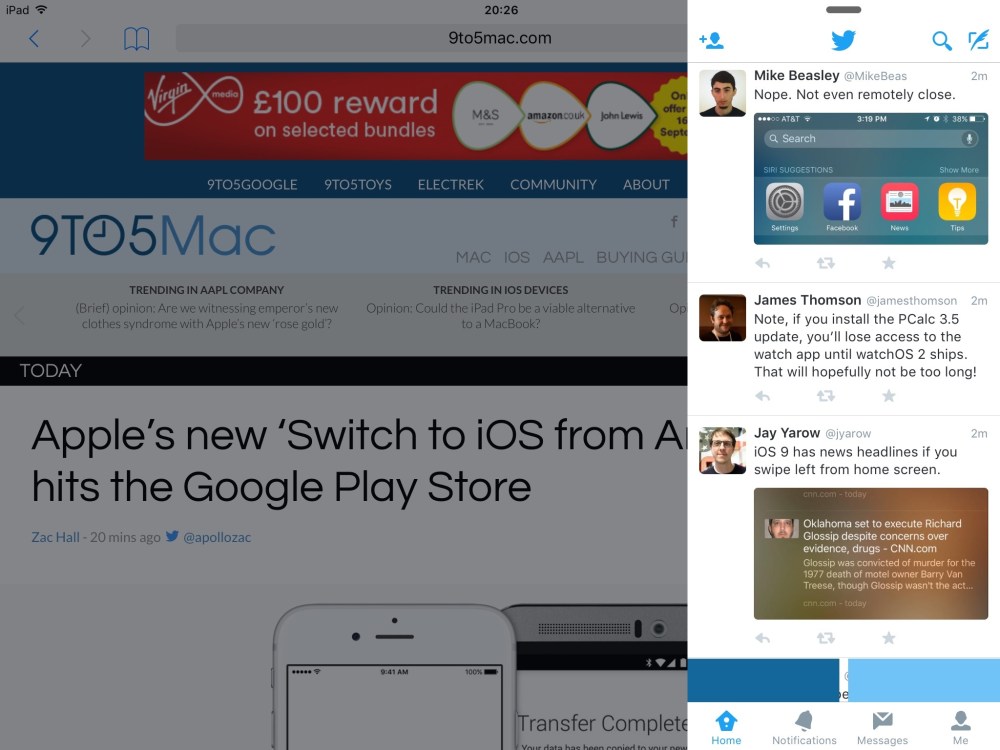 Twitter has updated its app with support for iOS 9 features, following the release of iOS 9 earlier today.  The update adds multitasking support on iPad, so you can now browse Safari (or do anything really) whilst having Twitter docked in a side column.

More importantly, Twitter adds quick reply to mention notifications. This means you can reply from the tweet without having to enter the app, just like how quick replies with the iOS Messages app. This is a big boon for productivity. Activate quick replies by pulling down on the notification banner to reveal a text box. Type your reply in the message box and press Send — that’s it.

You can still tap on the main banner to open the app as usual. Quick replies work with mentions only and appear to still be rolling out so it may take a little while for them to activate on your device.

Expect third-party clients to add these kind of iOS 9 features soon but for now it appears to be exclusive to the first-party client. Twitter is available from the App Store for iPhone and iPad.