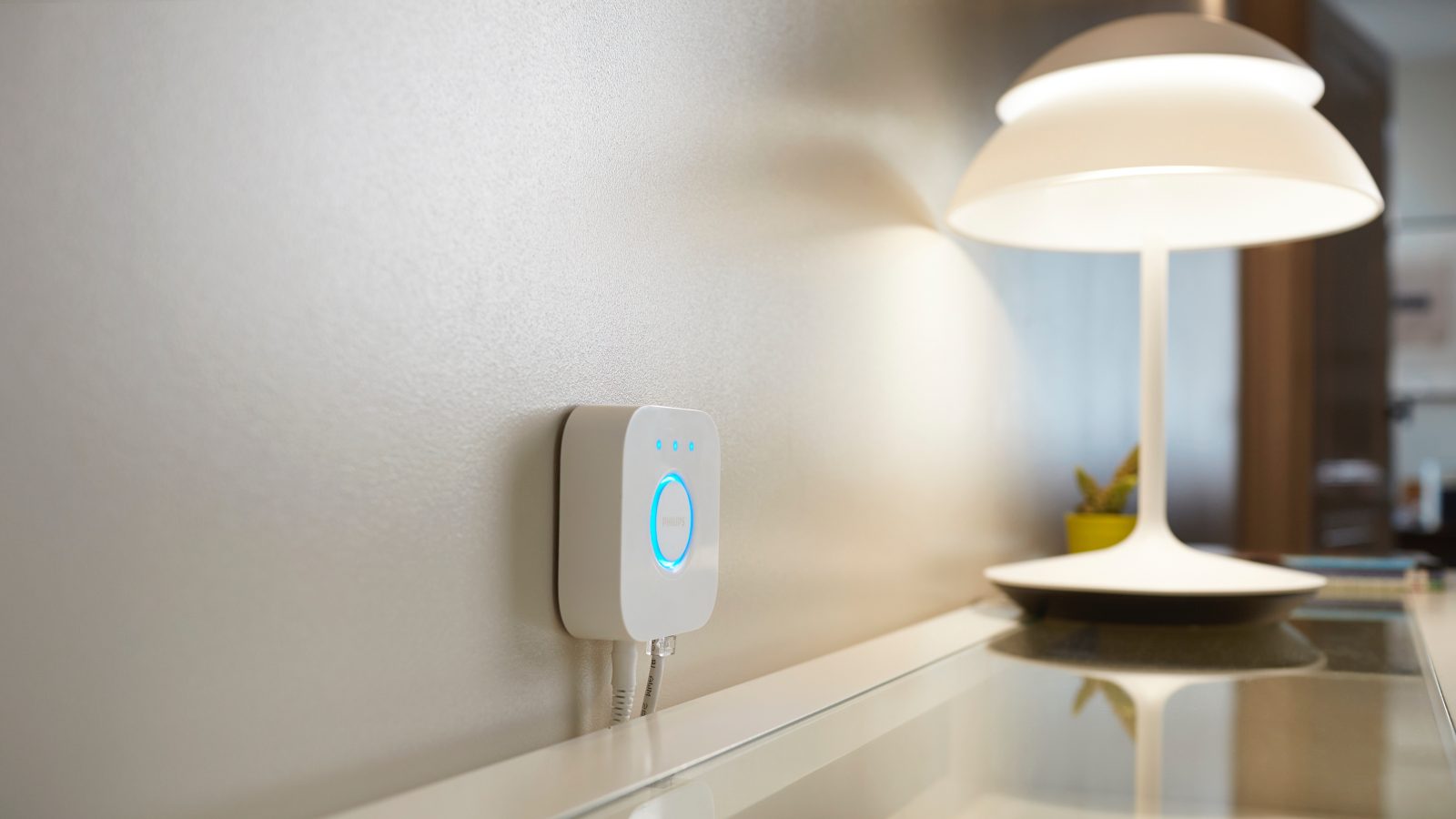 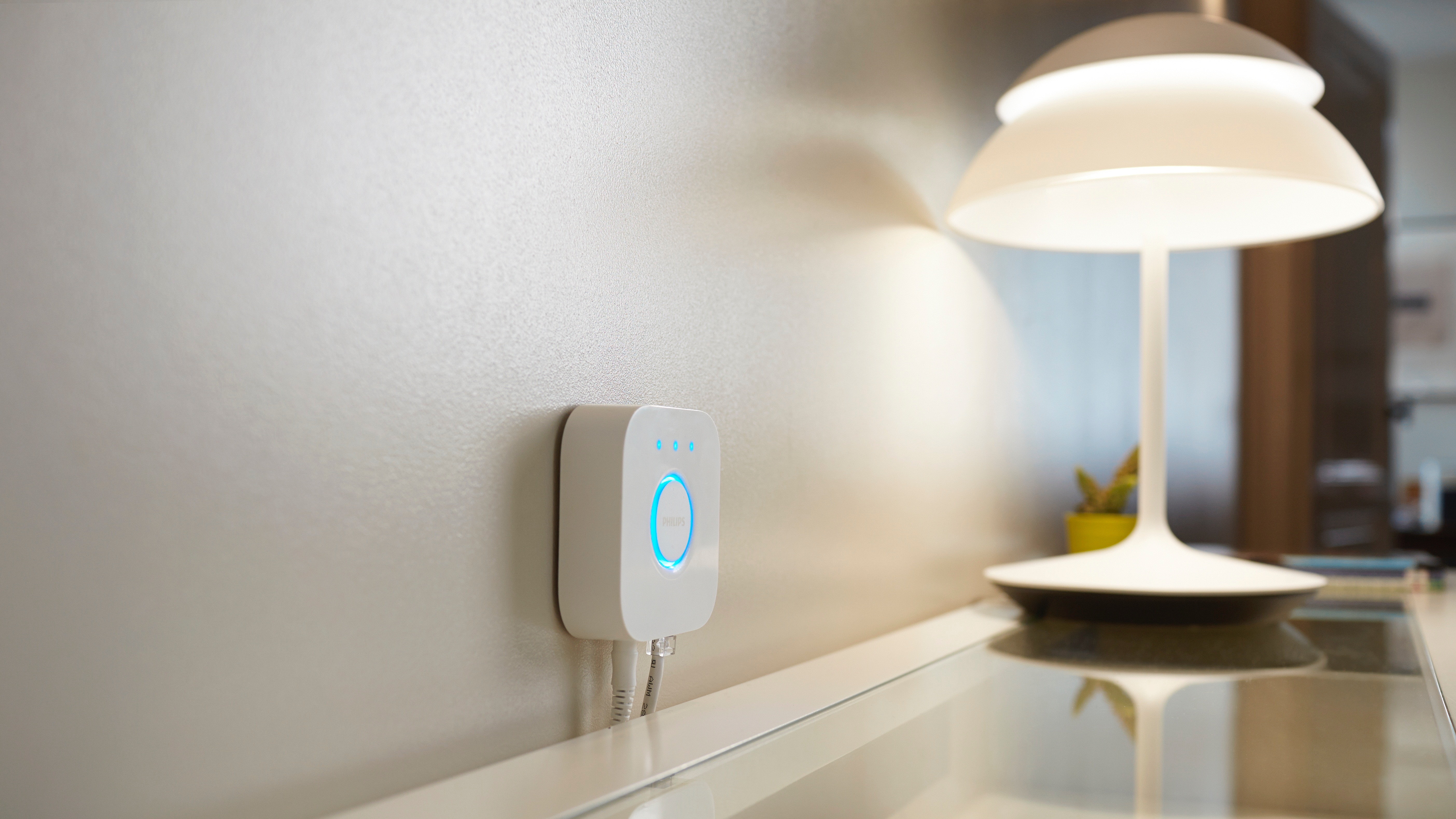 Siri voice control is finally coming to Philips Hue connected light bulbs thanks to promised HomeKit support and a new bridge product. Details have been surfacing over the last month with product listings going up a day early, and today Philips is ready to officially reveal how it’s bringing HomeKit support to Hue bulbs and lamps. As expected, Hue bulb owners will be able to upgrade to the new Philips Hue Bridge 2.0 to enable using Siri to control Hue lights. The new, square-shaped bridge works similar to the old, round bridge — connecting to up to 50 bulbs  only with HomeKit support included even for existing bulbs and plans to support future home platforms as well.

And while HomeKit plus Hue Bridge 2 allows Hue bulb owners to flip the lights off or on with a simple voice command like “Siri, turn off the bedroom lamp”, HomeKit also lets iOS users create scenarios for controlling multiple automation accessories in a single voice command. For instance, you could say “Siri, set my home to night mode” to turn off the lights and lock the front door all in a single command.

Hue Bridge 2 and HomeKit also let you use voice commands with Siri to easily set lights to specific brightness levels and modes. Tell Siri to dim your bedroom lamp to 10 percent to create a night light environment or tell Siri to set your house to relax mode to change the color temperatures and brightness to preset levels you assign to that command.

Using the Philips Hue app for iPhone and iPad, Hue bulb owners can even create light environments based on photos to recreate an environment through lighting, and with Hue Bridge 2 with HomeKit makes changing modes through Siri possible for the first time. 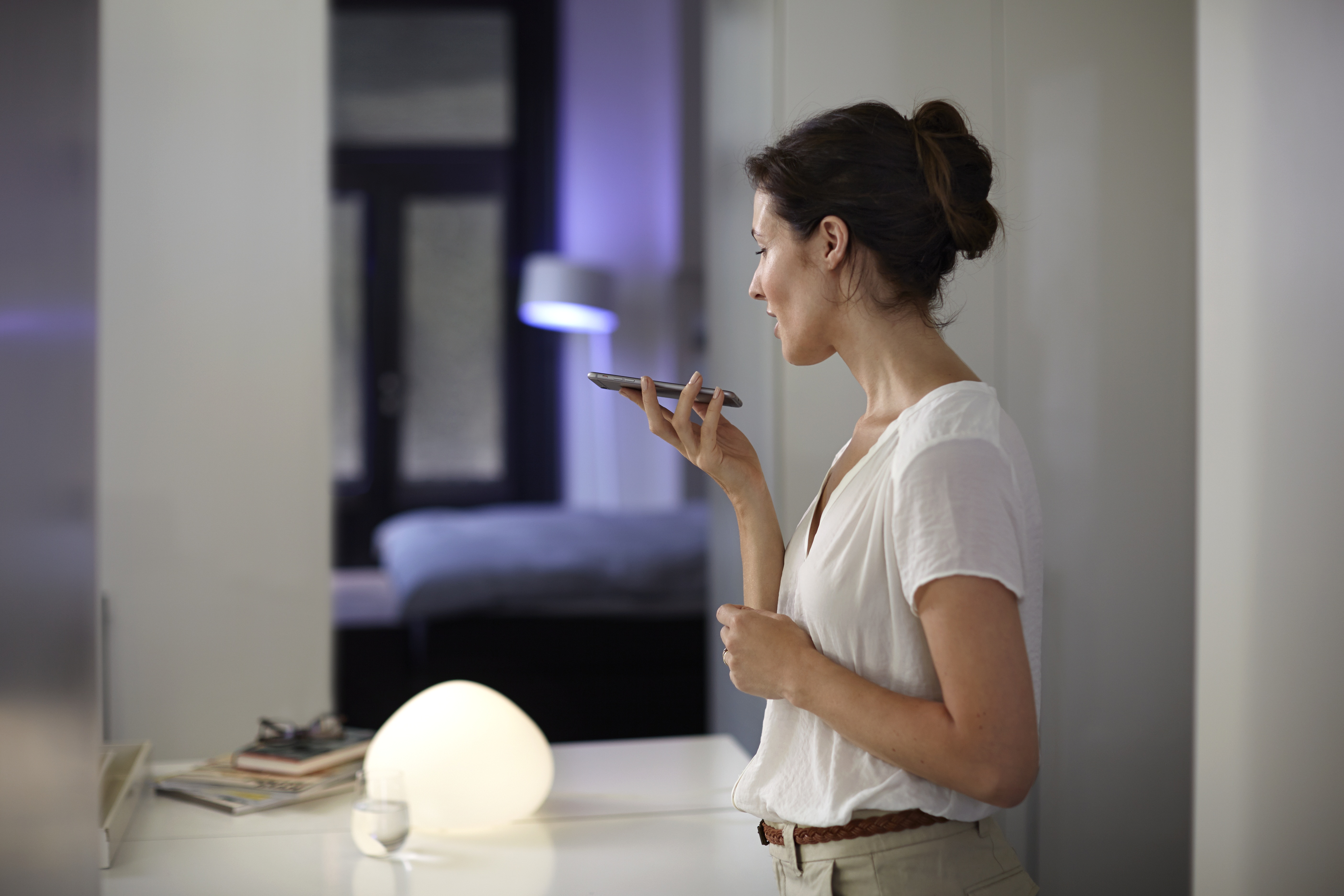 “Lighting is the most accessible aspect of the connected home, and as the lighting expert for the Internet of Things we are taking connected lighting to the next phase. By integrating Philips Hue with Apple HomeKit, we are broadening people’s experience of light beyond what has been previously possible, providing seamless interoperability with other connected home devices.”

Also as expected, Philips is updating its A19 bulbs at a brighter 800 lumens. And while existing Hue bulbs and lamps will now work with HomeKit through Hue Bridge 2.0, Philips only says that the original Hue Bridge will “continue to be supported with software updates” but stops short of promising future HomeKit support as we heard could happen in the future but might not be ready for October.

Philips Bridge 2.0 is available as a standalone $59 upgrade or in starter kits priced up to $199 with new Hue bulbs starting tomorrow, October 6th, in Europe and North America through meethue.com and other retailers including Amazon and Best Buy (although as we reported and many readers have confirmed some retailers seem to have jumped in early on sales).