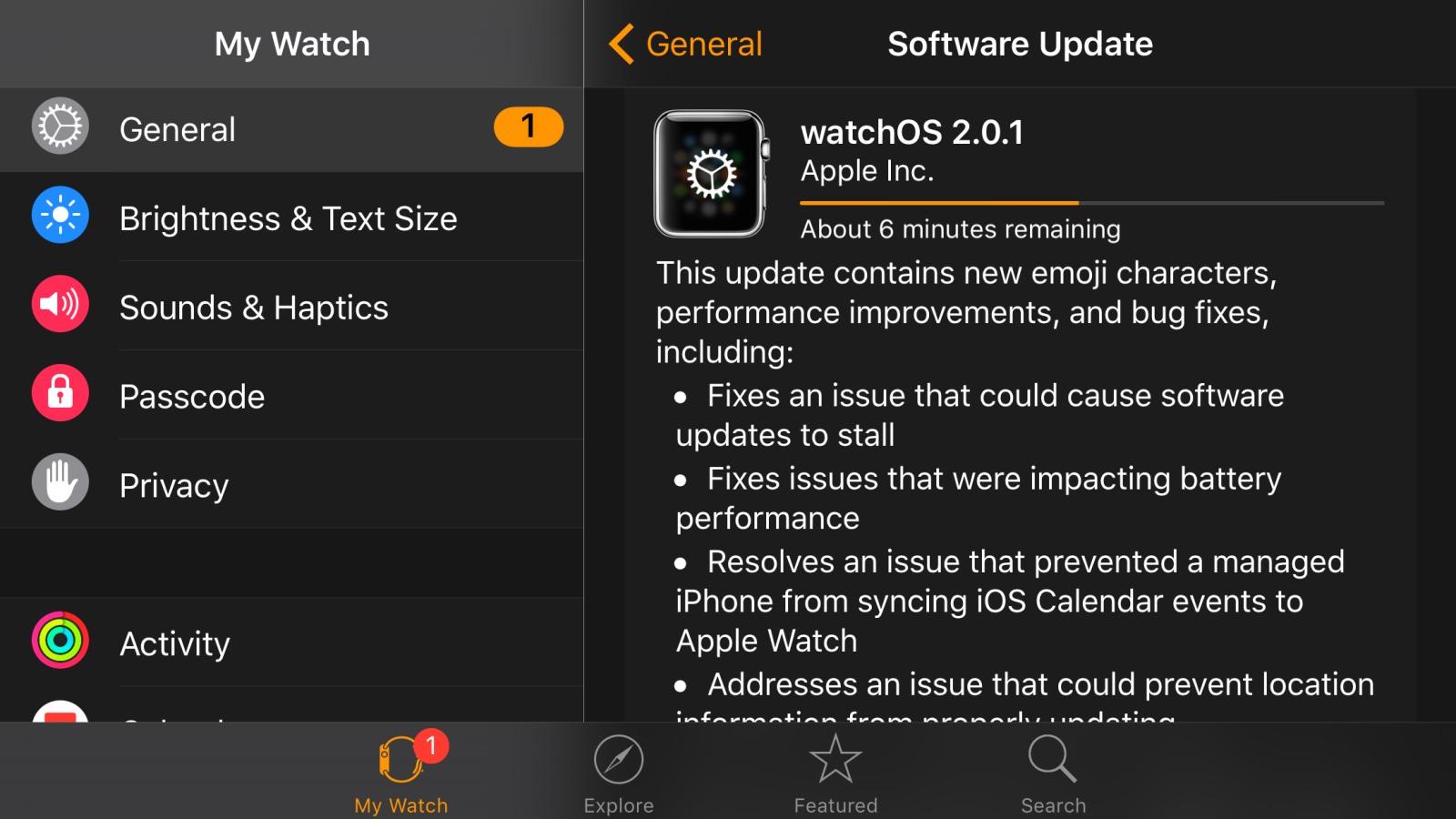 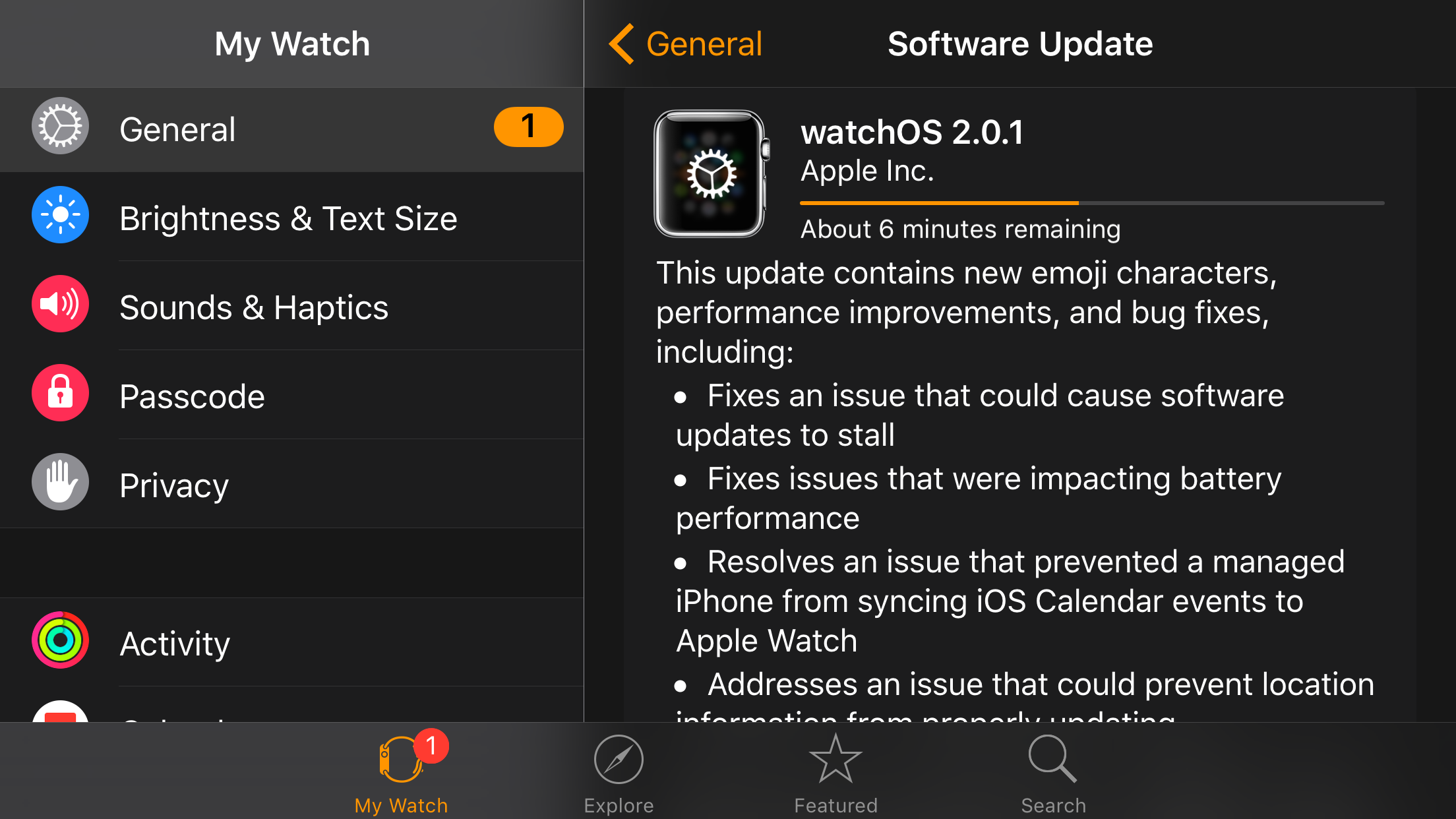 Alongside updates to iOS and OS X, Apple has released watchOS 2.0.1 with a whole host of changes and bug fixes. As well as including the new emoji character set like Apple’s other operating systems, watchOS 2.0.1 includes bug fixes for poor battery life, stalling software updates, Calendar event syncing and much more.

It has also seeded developers with the Gold Master release of tvOS for Apple TV. We’ll update with any changes …

Here’s all the changes for Apple Watch:

Catch up on our watchOS 2 walkthrough here for what changed in the last major update.

Xcode 7.1 is also now available on the Mac App Store: