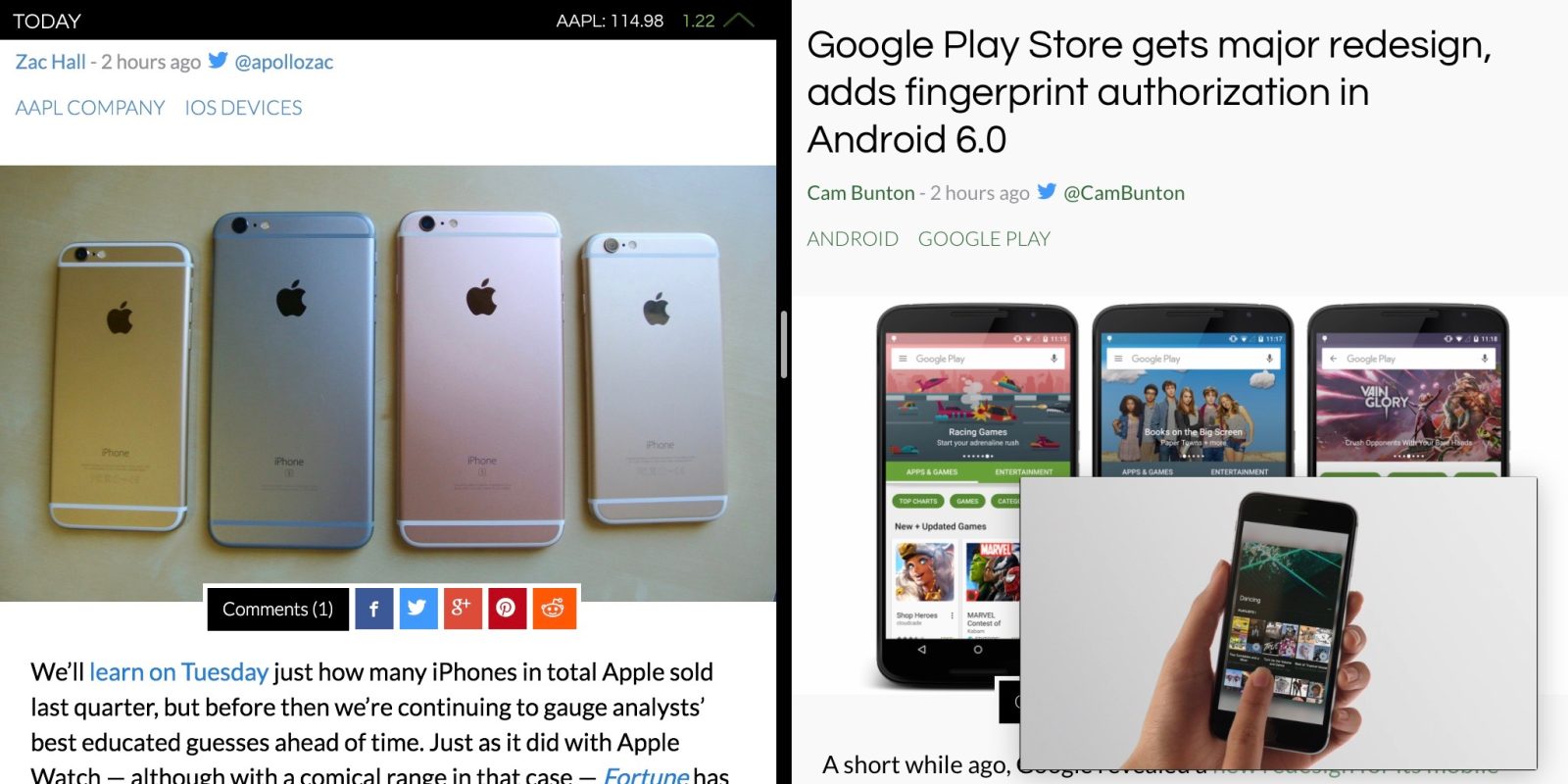 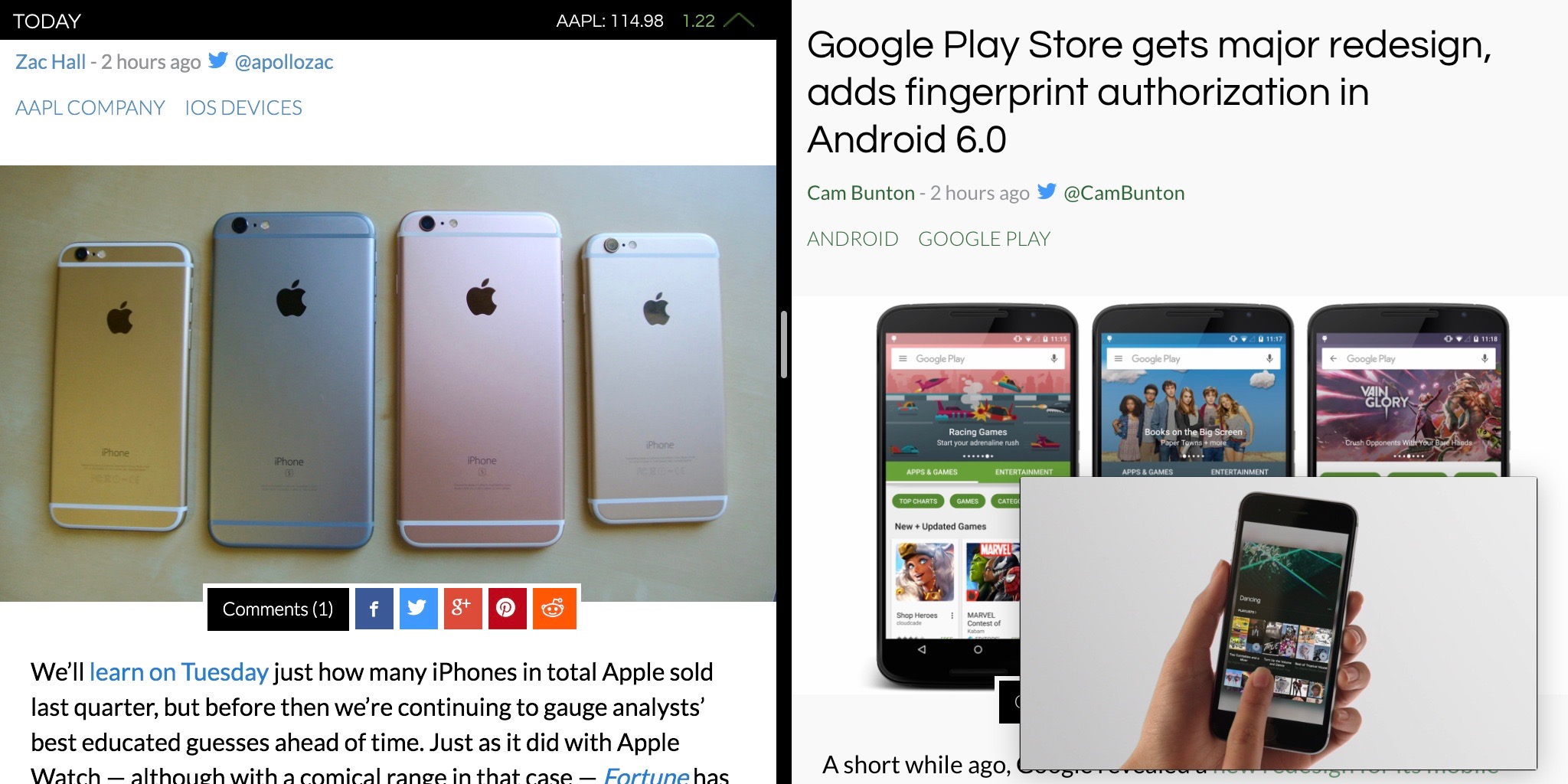 Chrome’s support for iOS 9 multitasking features is especially beneficial for iPad users as Safari doesn’t allow you to view two browser tabs side-by-side, but running Safari and Chrome alongside each other enables dual browsing on the tablet. Split View is supported on iPad mini 4, iPad Air 2, and the upcoming iPad Pro due out next month.

Older iPads that don’t support Split View can still benefit from Slide Over, which lets you view a slimmed down version of Chrome over other apps, and Picture in Picture with iPad Pro, iPad Air or later, and iPad mini 2 or later supported.

Chrome previously updated to support iOS 9 in general, but did not yet support iPad multitasking. iPad users can grab today’s enhanced version for free on the App Store.