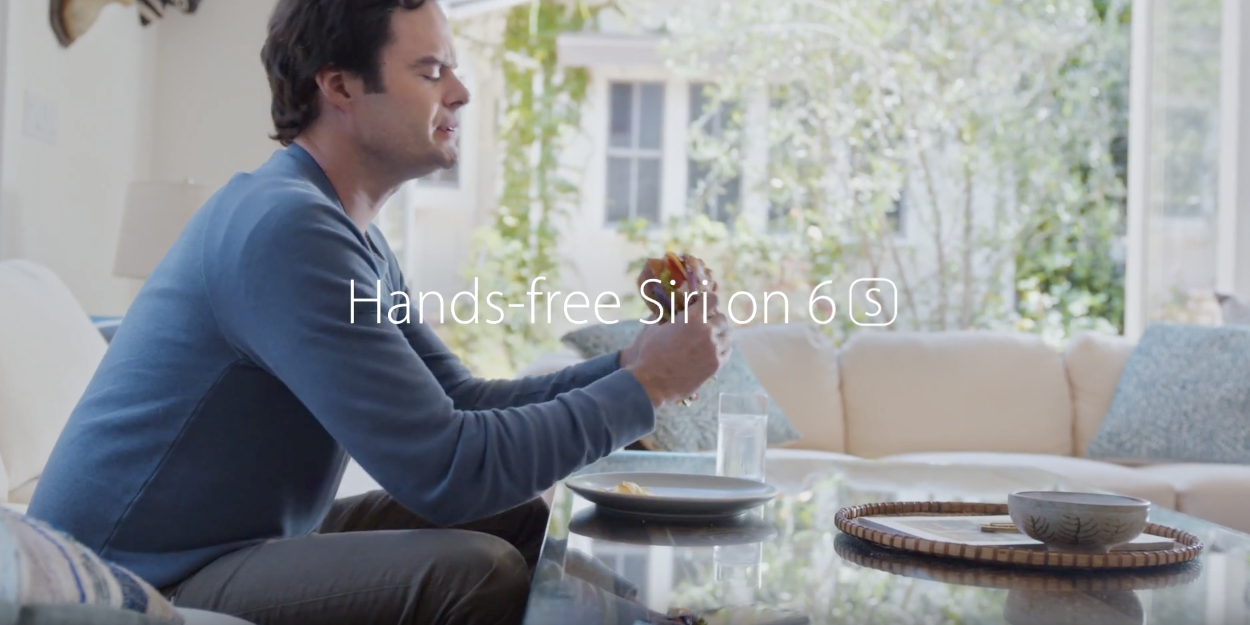 Apple today has continued its barrage of new advertisements for iPhone 6s and iPhone 6s Plus. This company this evening shared yet another new video to its YouTube channel promoting the device. This ad, called “Prince Oseph,” features SNL star Bill Hader.

Much like the ads debuted over the weekend, this ad focuses on the ‘Hey Siri’ functionality of the device. Hader can be seen using Siri and asking her to read him his unread emails. Hader then uses Siri to reply to an email that claims it offers a “once in a lifetime opportunity for the making of millions of currency.”

The description for the video reads:

The iPhone 6s is here, and the only thing that’s changed with Siri is everything. Because now you just say “Hey Siri” and Siri’s there, hands-free. Which can come in handy.

Over the weekend, Apple debuted four new advertisements focusing on ‘Hey Siri’ and the new camera features iPhone 6s and iPhone 6s Plus. The weekend ads featured stars such as Jamie Foxx and NBA player Stephen Curry. Today’s new advertisement is a 30-second spot and can be seen below: