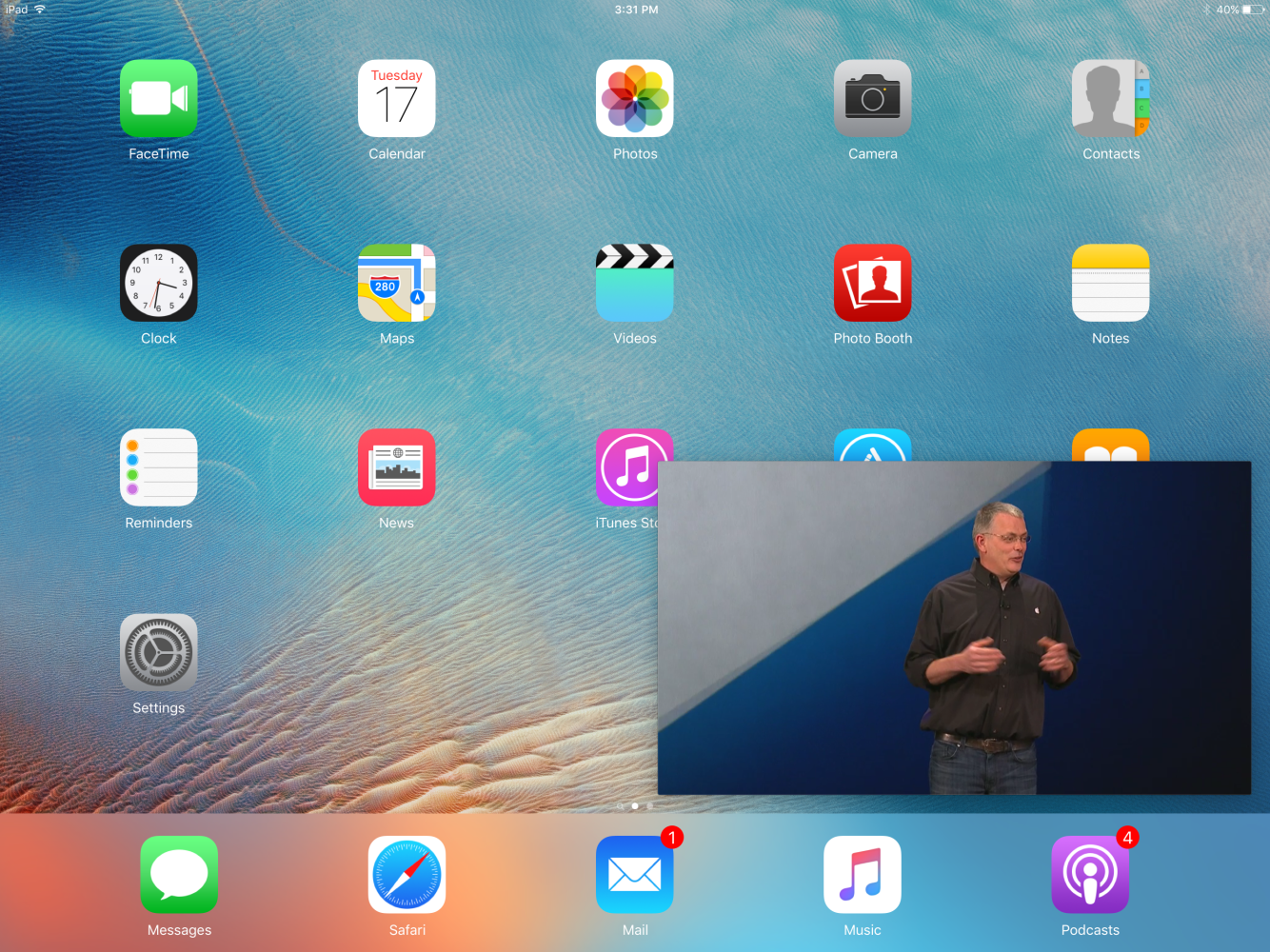 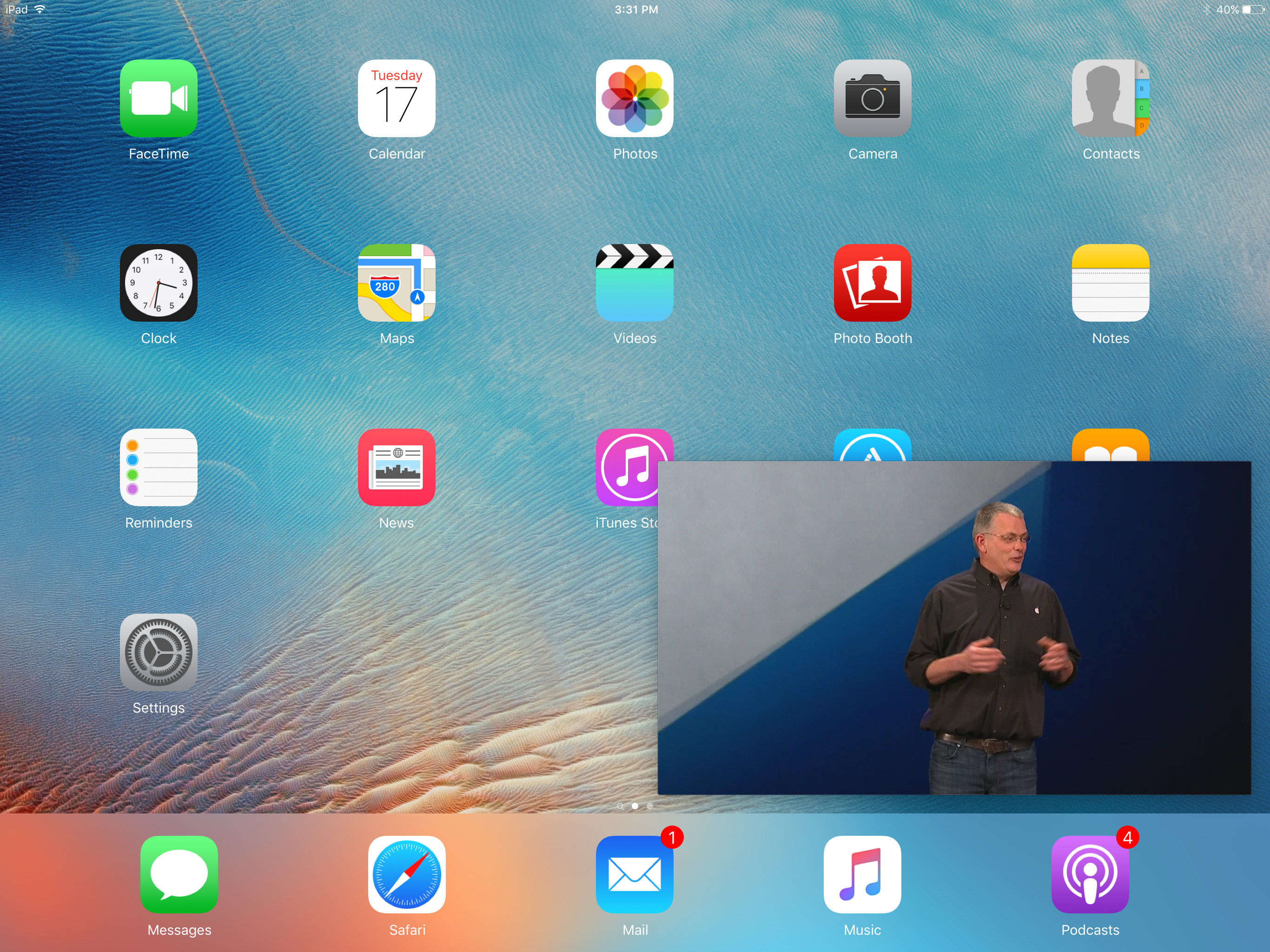 Apple is making it easier to catch up on session videos from WWDC while multitasking with iOS 9 on iPad. The official app for the annual developer conference has been updated to support iOS 9 today and more specifically work with the iPad’s new Picture in Picture feature.

That means you can start watching a session video on the WWDC app on your iPad, and minimize the video stream to a resizable window that floats over your Home screen and any other apps. WWDC for iOS supports both downloading videos for offline viewing as well as streaming videos within the app or PIP.

While WWDC only rolls around once a year, Apple announced a series of Apple TV-focused Tech Talks taking place around the world starting next month. Applicants hoping to attend these Tech Talks first starting being notified yesterday.

While the latest WWDC app adds PIP support, it does not support new Split View features for using two apps side by side. The update also runs native on new iPad Pro displays. The latest version of Apple’s WWDC app for iOS is available for free on the App Store.