Just a week after the last version, Apple has released iOS 9.2 beta 4 to testers for iPhone, iPad, and iPod touch. The first iOS 9.2 beta appeared alongside Xcode 7.2 beta in late October. We’ll dive into the latest beta and update with any changes we discover. 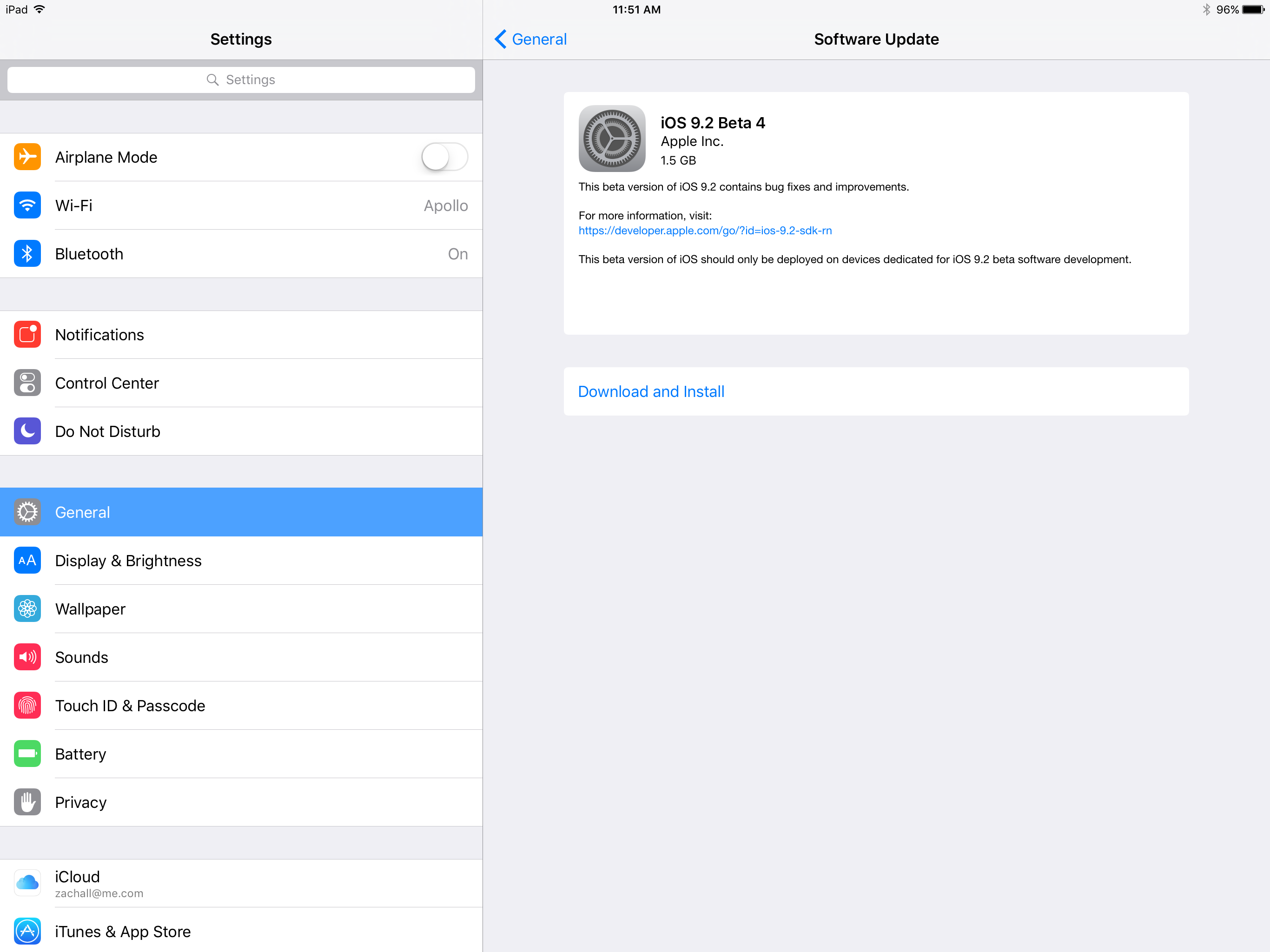 Included in the release up to this point has been an improved Safari View Controller for web links you open within other apps, support for AT&T’s new NumberSync feature for using your iPhone number on other connected devices (although this has since been removed), and Arabic language support with Siri for the first time.

For non-developers and users not using public beta versions, iOS 9.1 is the latest version of the iPhone, iPad, and iPod touch software. Released last month, that update included more than 150 new emoji characters, improvements to Live Photos on iPhone 6s and 6s Plus, tweaked wallpapers, and more.