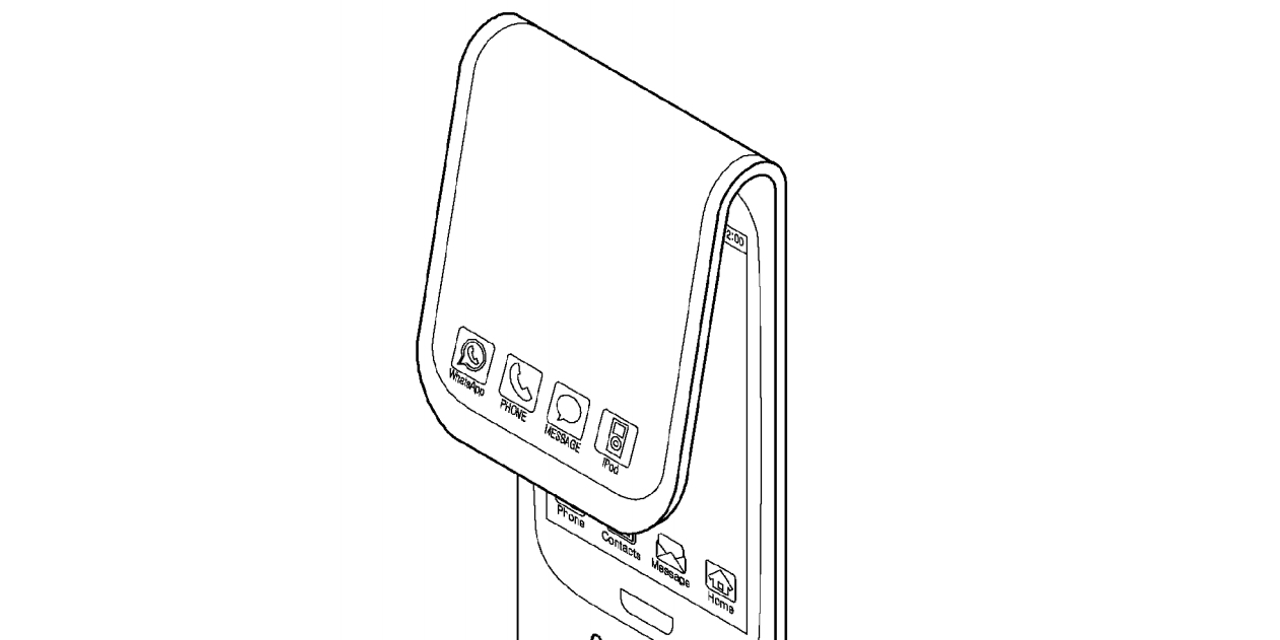 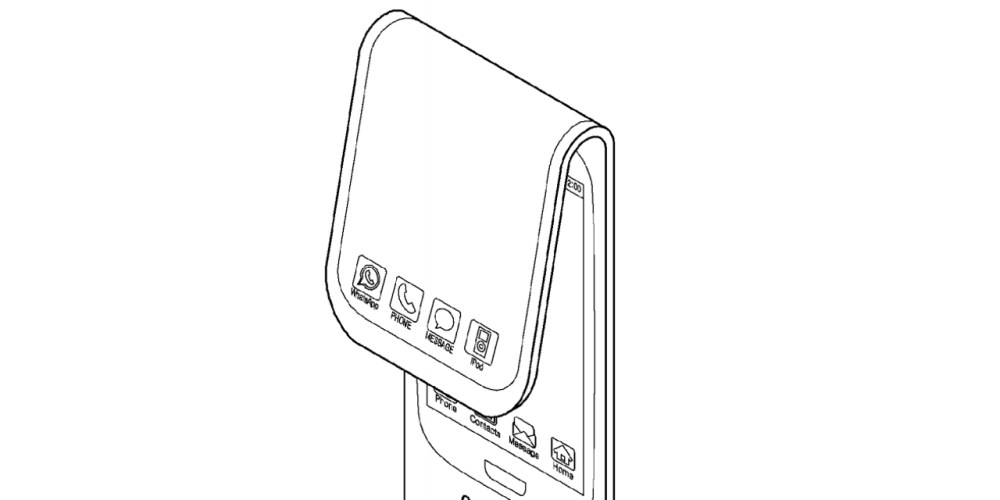 A recently unearthed patent published by the USPTO, and discovered by Patently Mobile shows a unique folding mobile device concept by Samsung. Although the idea of bending and folding electronic products is really interesting, perhaps more noteworthy is the Korean company’s choice of onscreen icons. We have WhatsApp, Phone and Messages which are all platform agnostic apps. But they’re followed by iPod. Certainly an unusual choice for a company which claims it doesn’t copy Apple. And one with which Cupertino has long been in legal battle with… 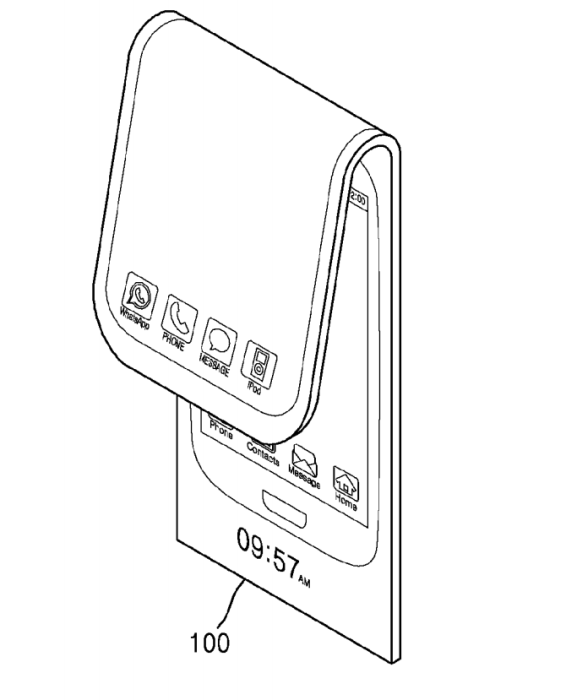 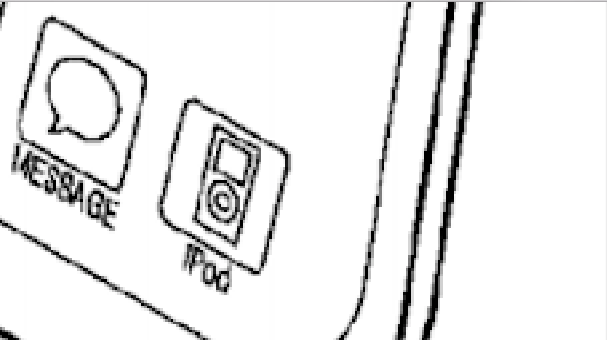 This isn’t an old patent either. The application was originally filed in Korea in May 2014 (long after the bitter lawsuit started), and only published by the US Patent and Trademark Office a few days ago. While Apple has since moved on from ‘iPod’ to ‘Music’ for its iOS devices, the fact Sammy decided to include it on purpose certainly made us all chuckle here (and ask, “Really?!”)

Samsung taking design influence from Apple has been well documented. In fact, the two have been in and out of court across the globe for years over various patent infringement allegations. Perhaps most famous was the case a couple of years back when Samsung was ordered to pay the company almost $1 billion in damages for purposefully copying the iPhone’s user interface and design. A case which is about to move in to ‘Round 5’ and still doesn’t look close to ending.

The question now is: Will Apple use this as further evidence of Samsung’s desire to copy iOS devices? It certainly seems like it would be a little damning if they did.