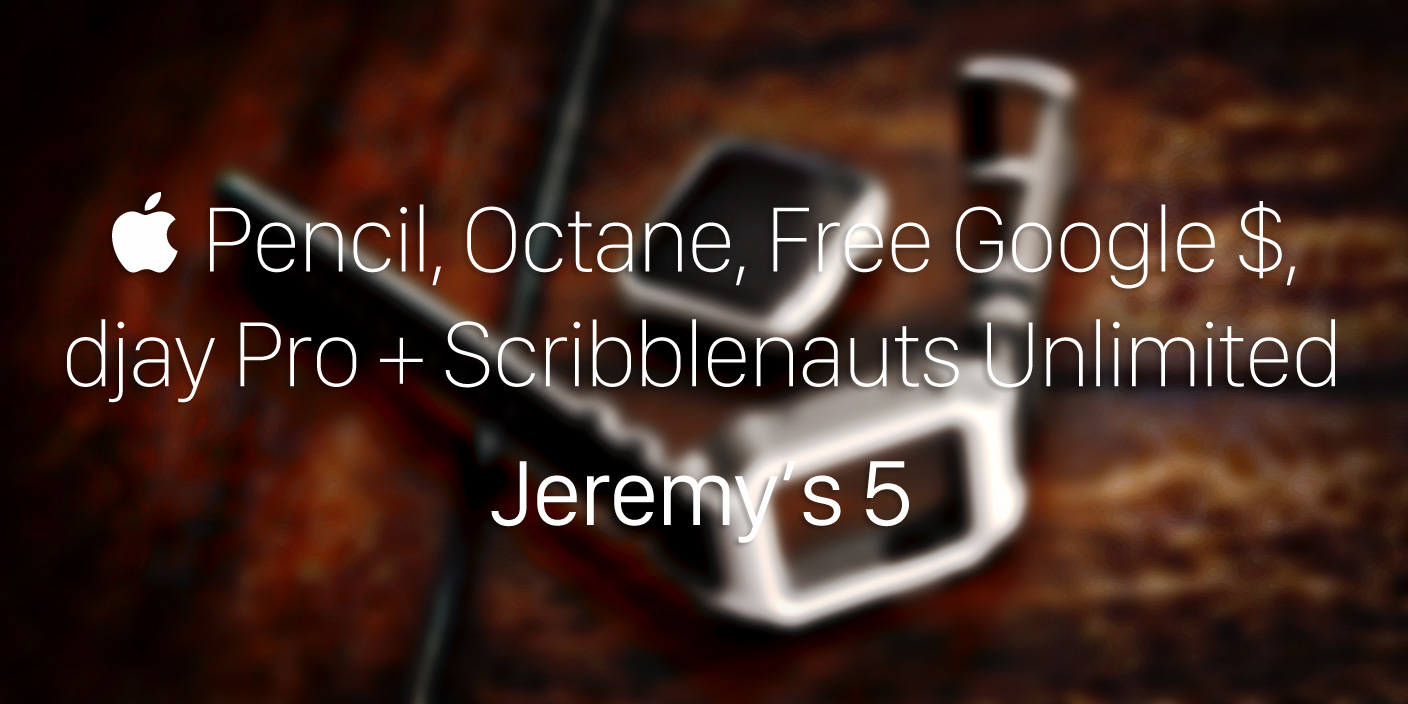 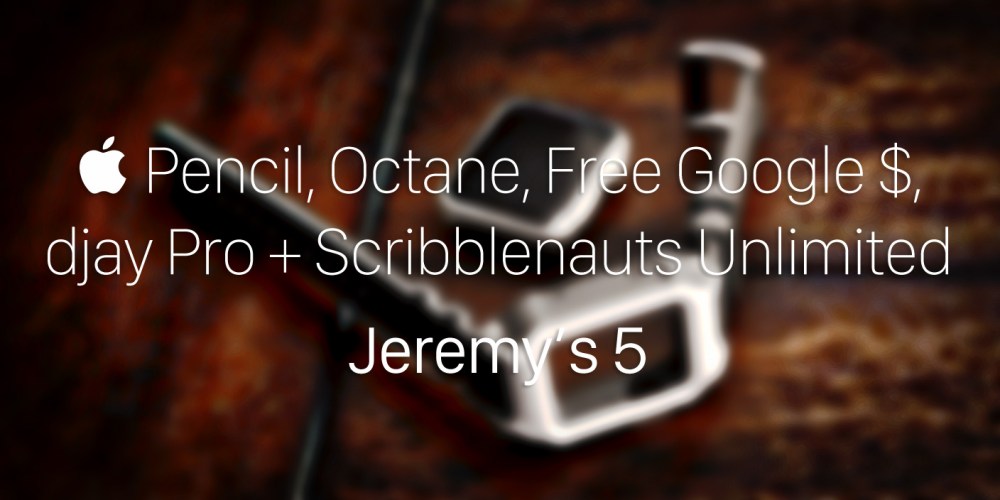 Welcome to something new I’m trying out for 9to5Mac — a quick roundup of 5 interesting little things I’ve tested and discovered over the past week. These are all items that aren’t big enough for full articles, but are worth sharing with you anyway.

1. Apple Pencil. My colleague Zac Hall covered the Apple Pencil in a full review last month, and because we both love it, we’ve actively continued to use and talk about it for the last few weeks. While the Pencil’s charging pros and cons have been thoroughly discussed already, its real-world battery life has proved somewhat more difficult to quantify. Apple billed it as “12 hours,” and if you’re using it for 12 hours straight, that might be accurate. But both Zac and I have also noticed very significant power drops even when the Pencil’s not actively in use. It’s very common for me to see a 23-25% decline overnight when the Pencil hasn’t been used at all, such that a Pencil fully recharged but disconnected from a charger at night will start the next morning at 75% or 77%. 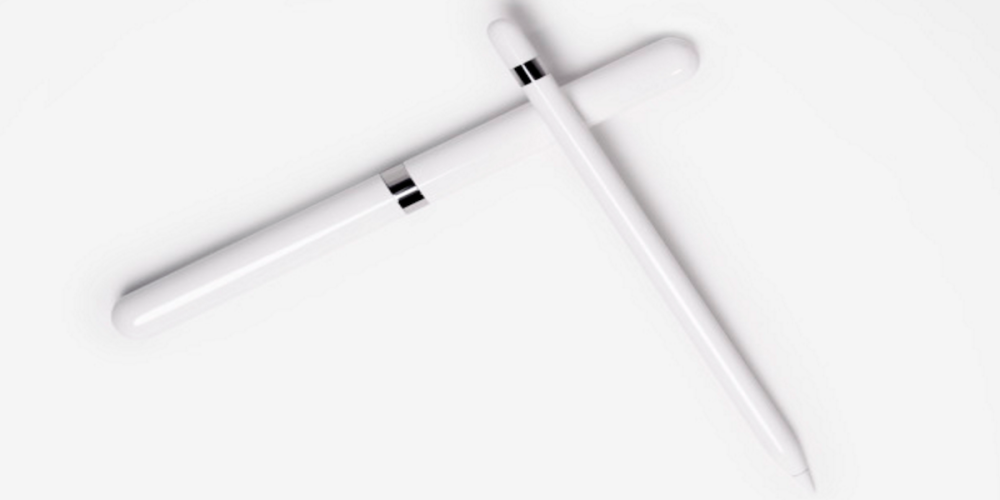 The culprit here appears to be Apple’s decision to omit a power button from Apple Pencil, seemingly keeping it turned on almost persistently, and/or using some overly sensitive trigger — perhaps an orientation sensor, rather than pressure on the tip — to wake it from sleep. On a positive note, this tends to mean the Pencil is always ready for instant use, but for us, it’s meant a lot of unnecessary wear on the stylus’s battery, an issue we haven’t experienced with other iPad styluses. Whatever the reason, knowing that you may be inadvertently running the battery down all day makes the Pencil less fun to carry around everywhere, and I’m hoping Apple can address it with a software update. 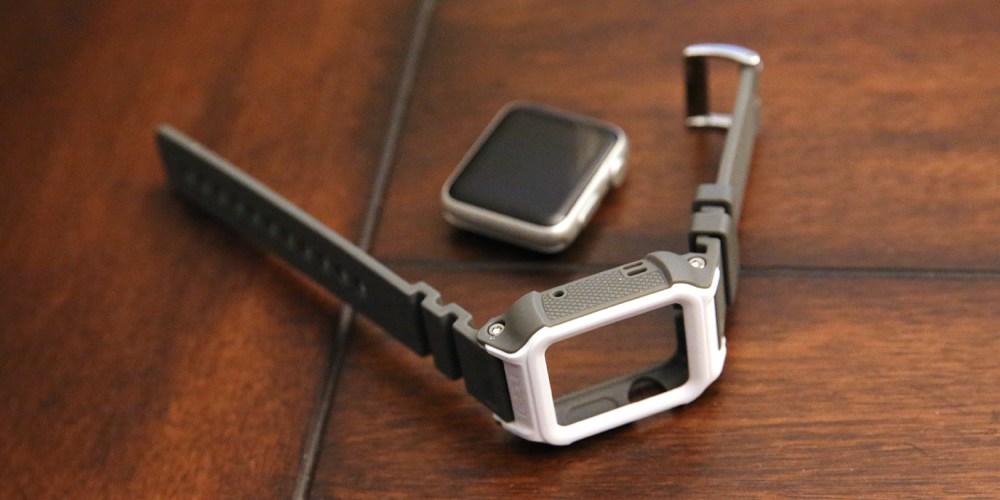 2. Incipio Octane for Apple Watch. Ever since the first cases appeared for early iPods, there’s been a debate over the extent to which plastic wrap cheapens the look of Apple devices. There haven’t been as many discussions about the Apple Watch, in large part because cases have been relatively few in number and largely ignored. (Case in point: Speck’s CandyShell Fit, which I thought was sort of a mess, but Zac thought was interesting enough to review.)

After making some really nice leather and fabric Apple Watch bands earlier this year, Incipio’s new Octane for Apple Watch (above) switches to a substantially plastic design with results I just can’t get excited about. Made largely from what feels like TPU, Octane combines an impact-resistant frame with matching straps, held together using polished metal screws and hardware. Visually, the cheapening impact on even the Apple Watch Sport is profound, stripping almost all traces of metal from Apple’s design while leaving you with a bumpered glass screen, open rear sensor/charging disc, and exposed Digital Crown. Octane doesn’t yet have a place on Incipio’s web site, but online retailers are listing it for $40. If you need to wear your Apple Watch during extreme sports, construction projects, or otherwise potentially dangerous activities, you might (underscore might) want to check it out. 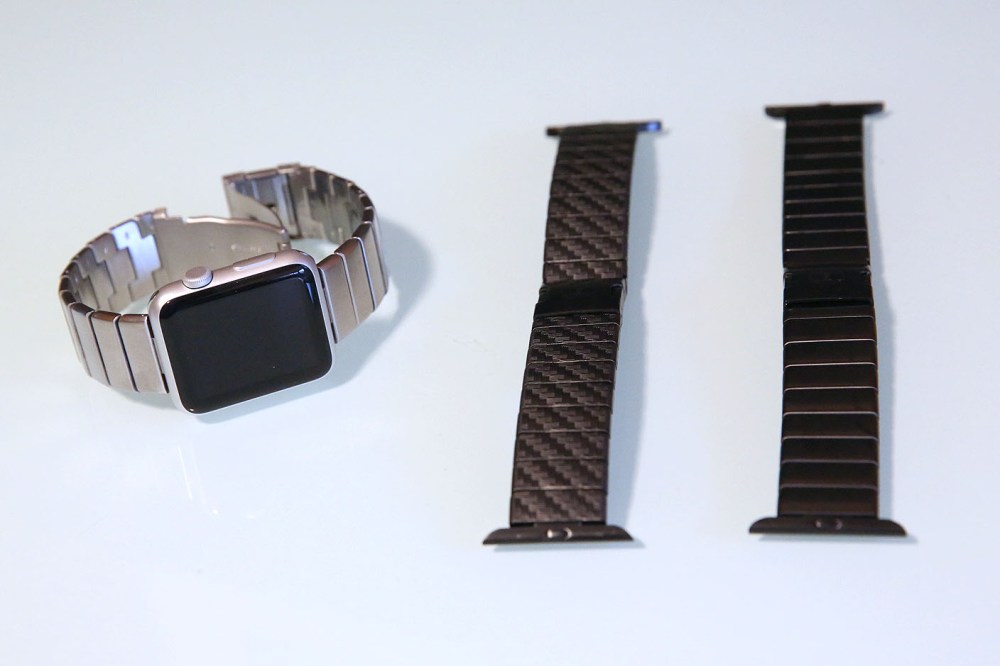 On a brief related note: my review of Incipio’s first Apple Watch bands also included a look at Wristouch’s lineup of premium metal alternatives. I recently updated the review when Wristouch released the really nice link bracelet Meta, which delivers a handsome look and feel similar to Apple’s crazy-expensive Link Bracelet for much less. Take a peek. 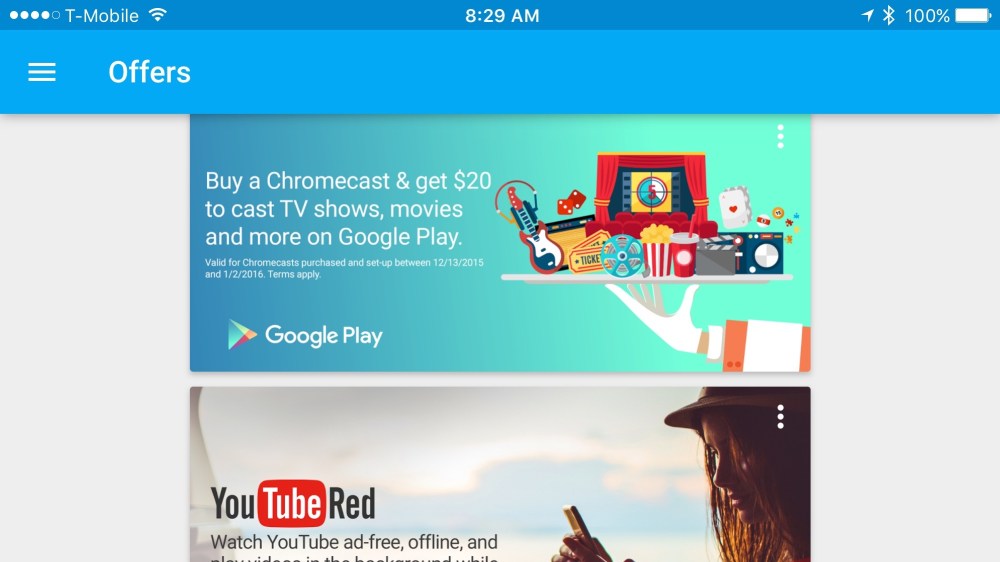 3. Free Google Play + Spotify Premium Credit. I never owned Google’s Chromecast video streamer before, but a limited-time holiday deal made the small investment worth my time. Best Buy is currently offering the latest version of Chromecast for only $30, and it includes $20 of free Google Play Store credit, plus a free Google Play video rental (worth $5), a credit for 3 free months of Spotify Premium, as well as 1-3 month free trials of Sling TV, YouTube Red, and Google Play Music. You’ll need to redeem the offers through the iOS Chromecast app, which verifies that you bought and activated the unit within a pre-holiday timeframe. I bought mine through Best Buy’s website using same-day pickup. 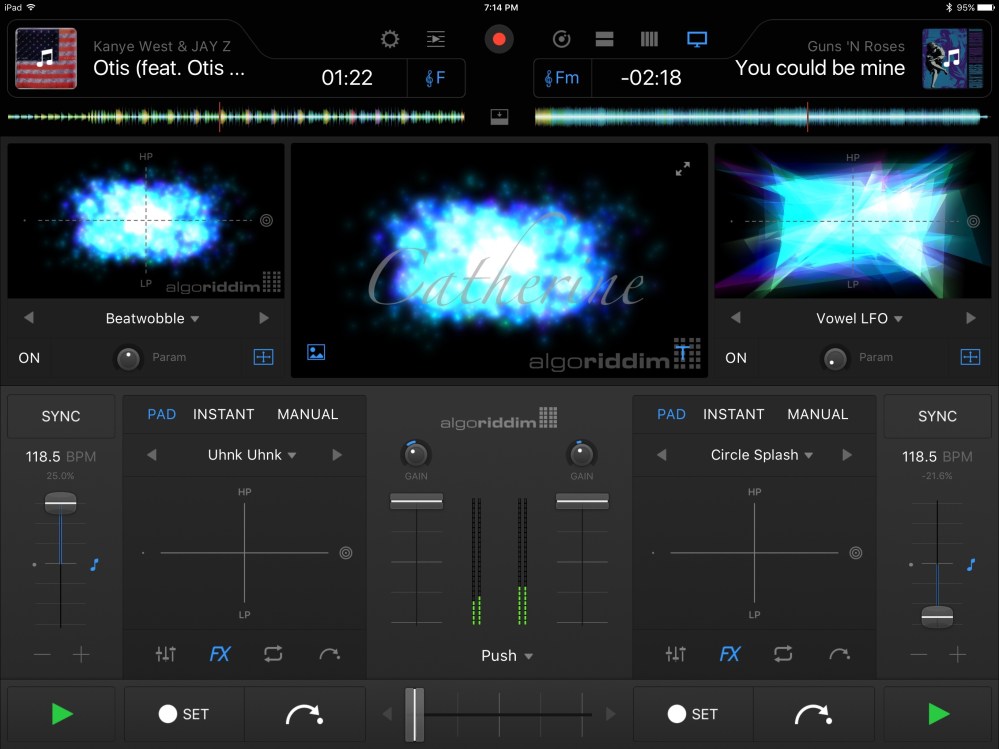 4. Algoriddim djay Pro. Zac’s news story on the incredible iPad music app djay Pro was so comprehensive that I didn’t feel that I could do further justice to it in a full review. But after using djay Pro for the last week — and having kept the two prior versions of djay on every iPhone and iPad I’ve owned since Algoriddim released them — I have to say that I’m just floored by how much of the $50 Mac app the company shoehorned into the $20 iPad version. Even if you put aside some of the Pro features Zac spotlighted, including support for four separate songs at once, video integration, and iPad Pro-ready shortcut and split-screen support, djay Pro is a killer update to djay 2 for non-professional users.

One of the new features I love is djay Pro’s integrated visualizer system, which lets you instantly add your choice of beat- and mix-responsive light shows to whatever songs you’re playing. Alternately, you can fill the screen more effectively with effects tools and sliders, so you don’t need to flip panels open and closed quite as often, making Pro feel less like a (great) toy than a legitimate DJing tool. I personally have found myself every night playing with key-locked time stretching, introduced in djay 2, which lets you turn all of your favorite songs into slow jams or dance tracks without making their singers sound squeaky or gravelly. If you love music (particularly if you have a Spotify account, which djay can instantly access to let you mix millions of tracks), you owe it to yourself to play with the latest version of djay. Algoriddim has done a fantastic job with this app. 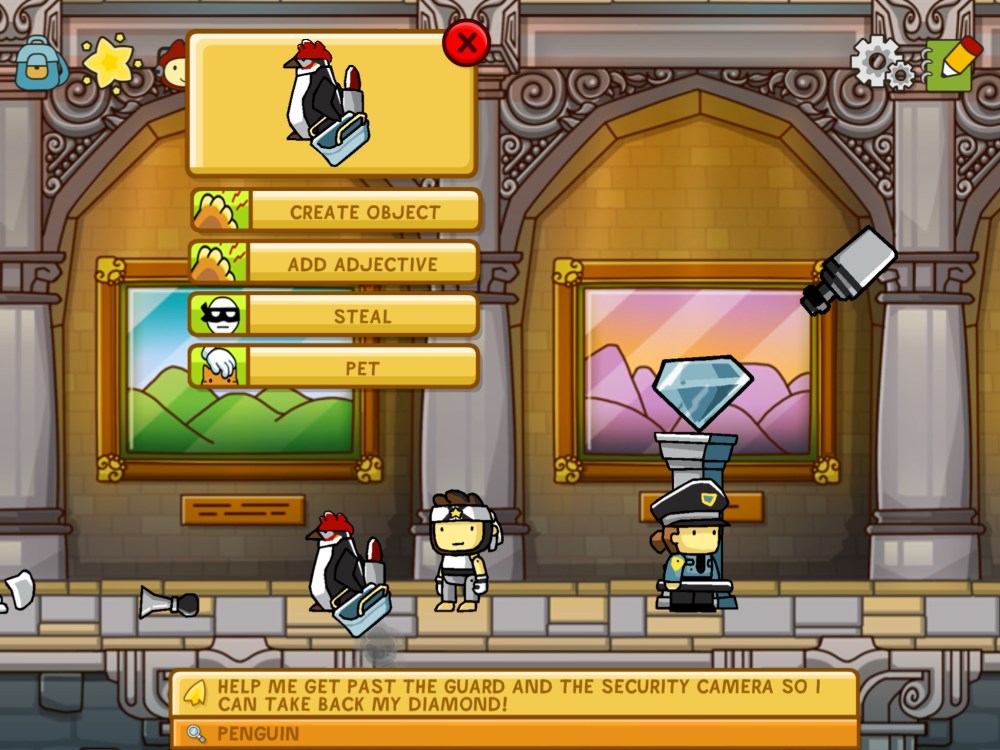 5. Warner Bros. Scribblenauts Unlimited. As a parent, I try hard to balance my kids’ “fun” and “education” uses of their iPads, which isn’t always easy. There are tons of crappy freemium games in the iOS App Store, and similarly lots of one-note educational apps which appear to have been built by hobbyists chasing 99-cent payouts. So I’m always on the lookout for well-designed, educational games, and Warner Bros.’ new $5 Scribblenauts Unlimited is actually worth buying. As the sequel to Scribblenauts Remix, a popular console game that ported well to the iPhone and iPad, Unlimited places you in control of Maxwell, a kid who can walk, jump, and interact with people and objects using swipes and taps. The key to Scribblenauts, however, is using an on-screen keyboard to type words that create objects, solving puzzles. If you’re trapped on an island, you can create a jet pack, dragon, or boat to escape. At sea, you can fight pirates with a self-created cannon, laser, or shark. The cartoony, animated art is surprisingly funny and diverse.

Unlimited boasts a radically expanded word vocabulary with opportunities to “create anything” and “explore anything.” Rather than confining you to simple “go from point A to point B” tasks, Unlimited lets you enter areas where you can solve puzzles in your preferred order, unlocking other characters, challenges, and destinations as you go. With my kids, I took Maxwell into a hospital, where he helped heal a sick dog and an Arthurian knight before chasing down a bouncing heart transplant, fixing a robot, and assisting a lifesaving helicopter. In every case, the game gives you significant latitude to solve the problems, using nouns and adjectives to create frequently amusing objects. If you enjoy coming up with creative solutions to puzzles, Scribblenauts Unlimited is a must-see, regardless of your age.