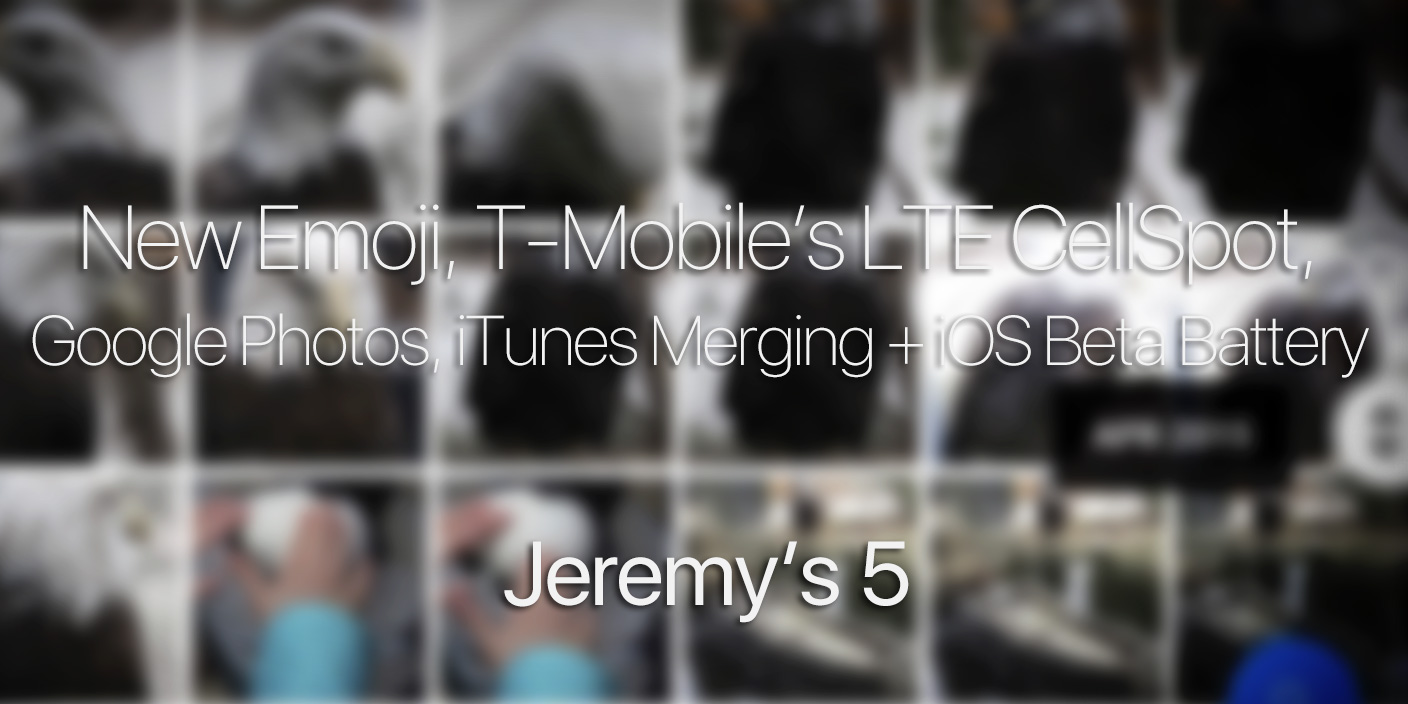 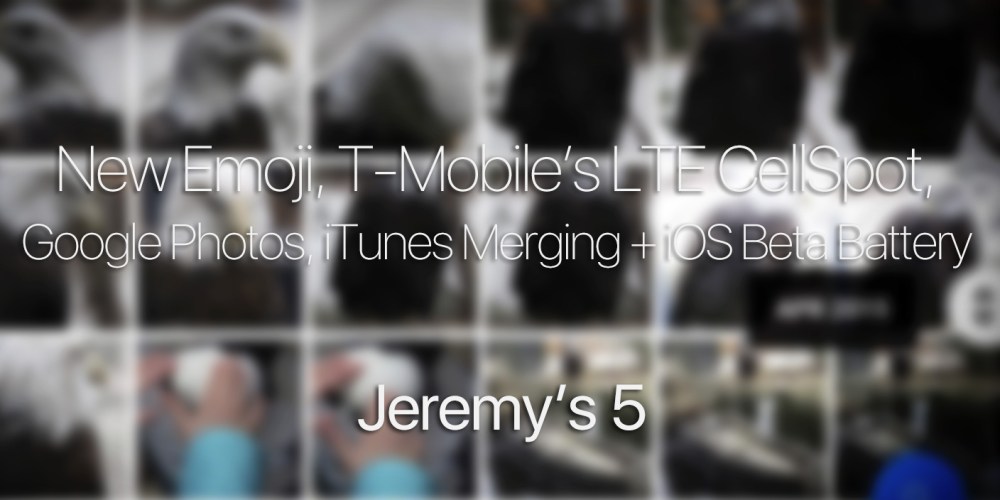 1. Take A Sneak Peek At The Next 70+ Emoji. As I’ve said in prior columns, readers seem to be more excited about new emoji than pretty much any other feature Apple adds to iOS. Apple doesn’t create the emoji characters — it implements the Unicode standard, which has standardized hundreds of icons over a dozen different revisions since 1991. The next revision, Unicode 9.0, is currently being finalized and should be released this year, possibly in time for iOS 10.

Want a preview of over 70 new emoji candidates that may be headed to iOS? Visit Emojipedia, which is showing off all of the possibilities. Potential new emoji include Face Palm, nauseated face, clown face, shark, eagle, and a collection of food items: shrimp, squid, tumbler glass, potato, carrot, cucumber, bacon, peanuts, baguette bread, kiwi fruit, pancakes, a glass of milk, stuffed flatbread, green salad, egg, and clinking champagne glasses. Until iOS 10 comes out, you can find versions of some of the icons in third-party emoji apps such as Kimoji. 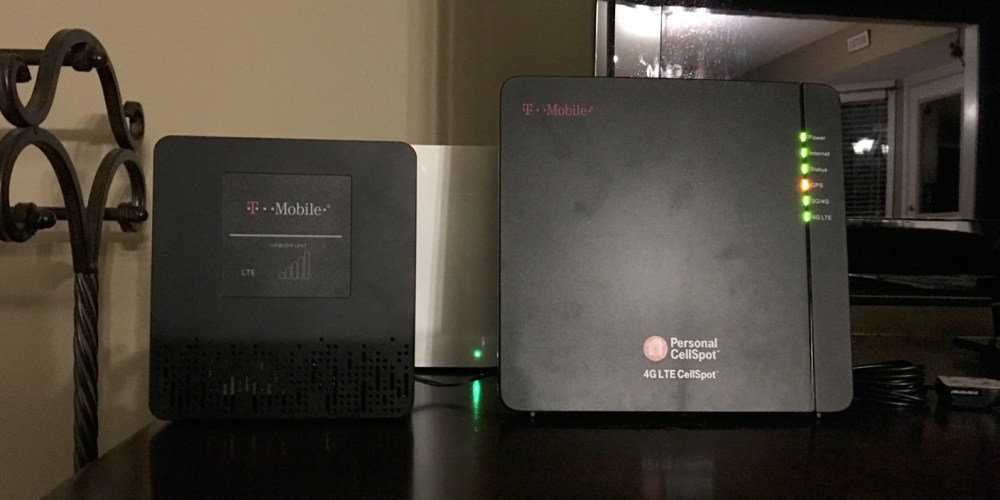 2. T-Mobile cell booster. T-Mobile’s prices are great, but its 4G/LTE towers really benefit from neighborhood-level assistance. To that end, my colleague Cam Bunton first reported on T-Mobile’s 4G LTE CellSpot Signal Booster two months ago, but actual CellSpot hardware has been in short supply, and my review unit only showed up last week. I’ve been testing it since then, and my impressions are mostly positive. The unit (shown above, right) is larger than a last-gen Apple AirPort Extreme router, and also larger than T-Mobile’s 4G LTE Signal Booster, which I was previously using. It needs to be connected to your broadband router, and optionally attached to a (fairly long) included GPS cable to help determine your location. (Hopefully your router’s near a window for GPS signal acquisition — mine isn’t.)

After an entirely automated but up-to-2-hour setup process where the CellSpot downloads unspecified content as an ‘update,’ it just starts working, creating a 5-dot LTE signal immediately around itself, in a 1- to 2-room radius. The signal’s certainly strong for phone calling within its immediate radius: borrowing your router’s broadband access, it creates what callers described as “excellent” (if not quite Wi-Fi-calling-clarity) voice quality, but it’s nothing special for data; you’ll see faster speeds over Wi-Fi. Notably, the 5-dot signal falls down to 4 or 3 dots when you move to the second floor or other side of a larger house, assuming CellSpot’s not centrally located.

Given the choice between CellSpot and the prior 4G LTE Signal Booster I was using before, I prefer the CellSpot’s performance, but with reservations. CellSpot requires only one power outlet versus the Signal Booster’s two, is guaranteed to create a strong voice signal even where the Signal Booster may struggle, and sells for the same price — a refundable deposit of $25 with T-Mobile. However, CellSpot’s router dependence, small peak power radius, and limited data benefits mean that it’s not a cure-all — just a better calling experience for signal-starved T-Mobile users. That alone makes it worth considering. 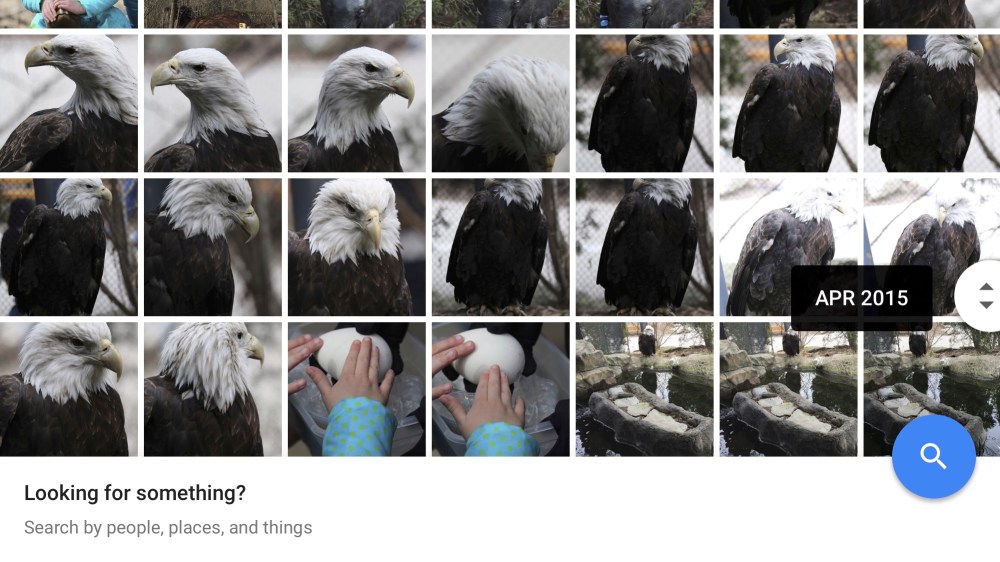 3. Google Photos. Last year, I wrote articles discussing the choice I was trying to make between using the free Google Photos service — syncing hi-res but not archival versions of my photos — or paying for 1TB ($10/month) of Apple’s iCloud Photo Library storage. Since then, some readers have asked which service I decided to go with.

After a lot of consideration and a couple of test runs, I opted for Google Photos, and I’m more satisfied with it for “free” than I would be paying for iCloud Photo Library. The uploading process remains painfully slow with a large photo library, but at least I’m not paying for the uploading time, which was necessary with iCloud. Overall, it works as expected, and for people like me with large photo libraries, it’s a much better option than paying $120 per year to Apple.

4. iTunes & iCloud Account Merging. It’s been almost four and a half years since Apple (Tim Cook’s office, specifically) said it was working on letting people merge two iTunes or iCloud accounts together. The merging tool still hasn’t launched, and for those of us who have separate accounts that we’d really like to merge for one reason or another, the wait has been agonizing. Any chance we could see this at WWDC 2016, Apple? Family Sharing can be a mess of its own and doesn’t count.

5. iOS 9.3 + watchOS 2.2 Beta Battery Drain. A quick word of advice if you’re thinking of testing the latest iOS 9.3 or watchOS 2.2 betas but unsure of the impact on battery life or stability: the iOS beta seems both stable and pretty battery safe on iPhones and iPads, but the Apple Watch is another story. My colleague Zac Hall has already warned that the watchOS beta is a battery killer, which kept me from installing watchOS 2.2. Even so, the day after installing iOS 9.3 on the connected iPhone, my Apple Watch died mid-day — something that hasn’t happened since I used the watchOS 2.0 betas last year, and thankfully hasn’t happened since. So if you’re an Apple Watch user, you may want to steer clear of Apple’s betas.