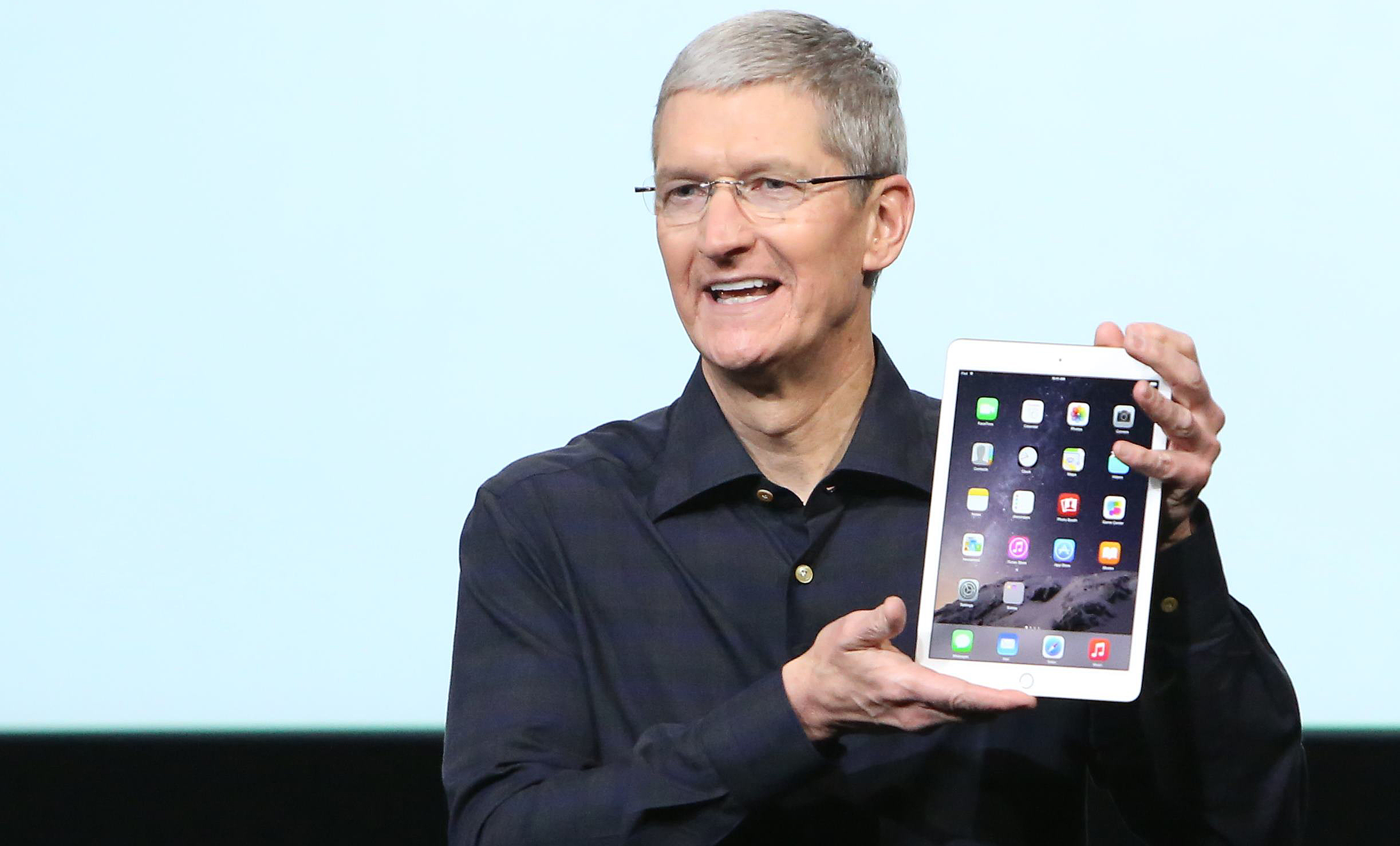 This iPad update would mark the first update to the middle iPad screen size since October 2014. This past fall, Apple issued a major update to the iPad mini and introduced the larger iPad Pro. An unconfirmed design schematic for the new iPad Air indicates the potential of a rear-facing LED flash for improved photos in low-light situations and additional speaker grills to better match the audio quality of the iPad Pro. Apple has also been testing versions of the 9.7-inch iPad panel that are compatible with the Apple Pencil, according to sources.

Earlier this week, Apple indicated that iPad sales have fallen significantly year-over-year, dropping 25% from the year ago quarter. The lack of an update to the most popular iPad model, the Air line, likely contributed slightly to this drop. A notable update to the 9.7-inch iPad is part of Apple’s goal to increase iPad sales this year. Apple is also testing a new version of iOS with a Classroom application that will help sell more iPad hardware to schools around the world, and a preview of the software will come with the upcoming iOS 9.3 update.

As we previously reported, the other two products coming at the March event are the new 4-inch iPhone and new Apple Watch bands. The 4-inch “iPhone 5se” is said to bundle in a faster A9 processor, M9 chip with support for always-on Siri activation, more storage, updated cameras, the ability to take Live Photos, and an NFC chip for Apple Pay. We are told that the design of the “5se” closely mimics the 2013 iPhone 5s but that the chamfered edges will be replaced with softer curves like on the iPhone 6. Apple is said to be preparing a new line of protective cases for the 5se, which may fit the existing 5s.

As for the new line of Apple Watch models, we are told that the update will include multiple new colors for the rubber Sport Bands, additional colors for the line of Hermes bands, a black version of the Milanese Loop, and an additional band line made out of a new material. Apple is likely preparing to also release a pair of operating system software updates soon after the event to complement the aforementioned hardware updates: iOS 9.3 with Night Shift for the “iPhone 5se” and “iPad Air 3” plus WatchOS 2.2 with the new Maps app for the new Apple Watch models.