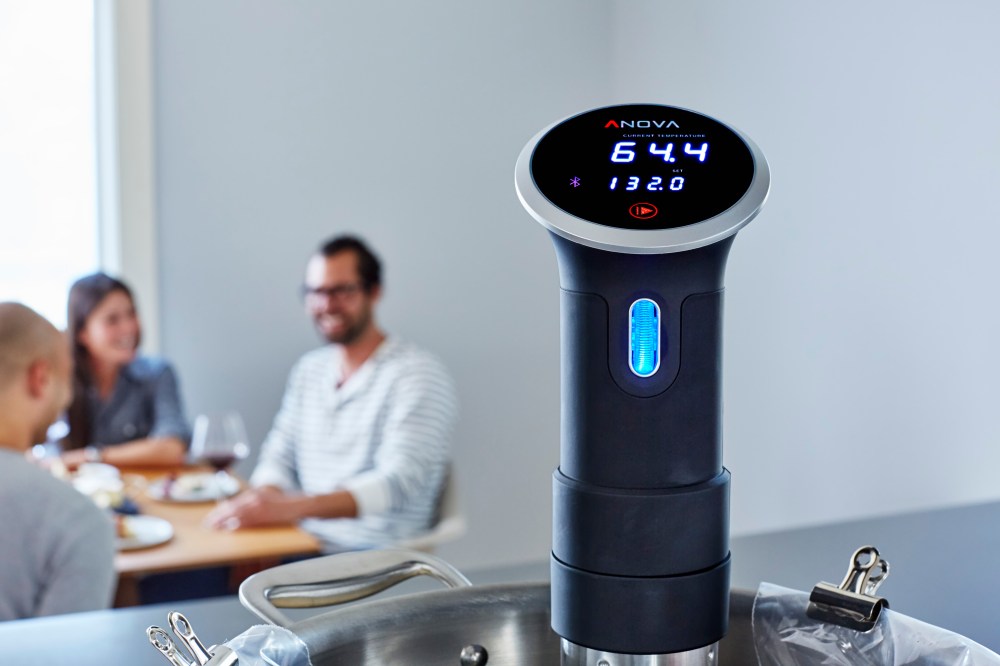 Learning chefs that want to get a start on cooking sous-vide and get restaurant quality results, take a look at Amazon’s Gold Box deal today with the Anova Culinary Bluetooth Precision Cooker currently available at $139 (normally $179). Anova’s precision cooker clamps to the side of any deep pot or tank and continuously circulates the water inside to ensure that food is cooked evenly throughout. Connect the Anova to an iPhone via Bluetooth, and you can then wirelessly control and monitor food easily, even finding new recipes to use.

With sous-vide cooking, preparing foods at a consistent temperature is key. Pairing the Anova Culinary Bluetooth Precision Cooker with the Anova Culinary iOS app allows users to set it and forget, knowing that the food will be cooked perfectly each time. No more worrying about keeping an eye out on the food in the oven, or overcooking food on accident.

The Anova Culinary Bluetooth Precision Cooker is on sale today only at $139 and includes Prime shipping. The Anova Culinary iOS app is available for free from the App Store and is compatible with iPhones and iPads running iOS 7.0 or later.