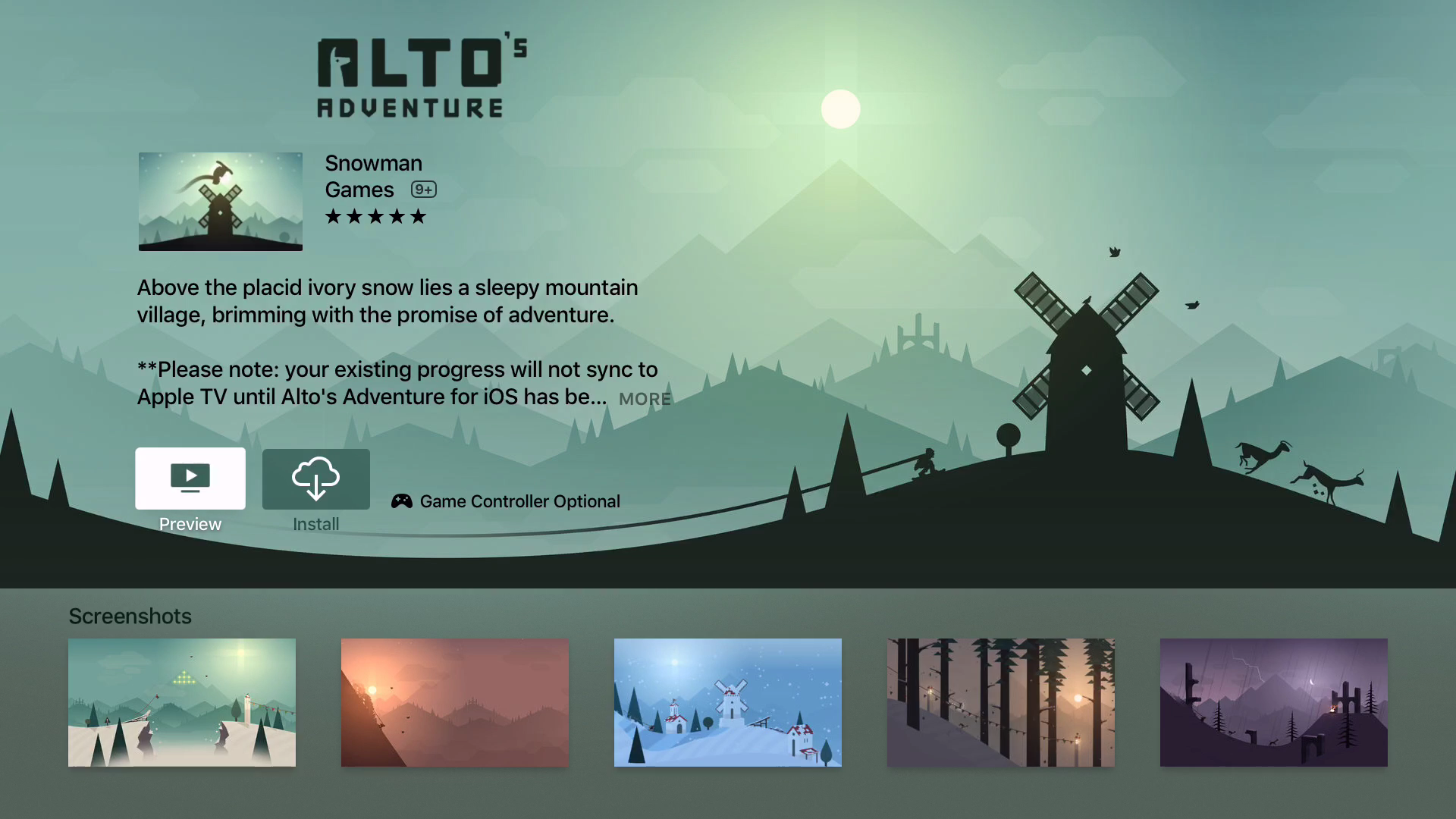 Last Wednesday, Apple made it possible for developers to create and add app preview videos to their Apple TV apps. Apple is making a concerted effort to improve the App Store experience for its customers and developers, and this is just the latest step in that direction.

App preview videos have been available on iOS devices since iOS 8, but tvOS titles have been restricted to static preview images up until now. App preview videos allow customers to see an app in action, making it easier to discern how a particular app or game works prior to making a purchase or download.

Unlike iOS, app preview videos on the Apple TV feature a dedicated “Preview” button for initiating video playback. The Preview button, when available, is located to the left of the purchase/download button. As you might expect, users can play, pause, fast-forward and rewind preview videos. Users can also initiate 10-second skips by clicking on the left or right side of the Siri Remote’s Touch surface.

Since Apple just rolled out app preview videos for tvOS last week, there aren’t many apps that currently take advantage of the new feature. One of the first few titles to include a preview video is the critically acclaimed Alto’s Adventure. Watch our video walkthrough of the app preview video experience below:

Developers can create previews of their Apple TV apps using QuickTime’s built in capture functionality. This allows developers to create crisp-looking 1080p videos of their apps in action. Like iOS, app preview videos on tvOS should be between 15-30 seconds in length.

As pointed out in our initial briefing, Apple continues to make strides towards improving the App Store experience on tvOS. App preview videos go a long way towards making that experience feel more complete.