Small iPhone fans, rejoice! Apple has finally updated its 4-inch iPhone for the first time since the iPhone 5s in 2013. Dubbed the iPhone SE, Apple’s 2016 4-inch iPhone could pass for the iPhone 5s if you weren’t looking too close (save for the rose gold version), but how does it compare to its predecessor as well as the rest of the current iPhone lineup? We break it down below:

With the 2013 5s dropped from the lineup, Apple’s current iPhone offering consists of the iPhone 6s Plus, iPhone 6s, iPhone 6 Plus, iPhone 6, and now the iPhone SE. The screen-size options remains unchanged: 4-inches, 4.7-inches, and 5.5-inches.

But small, medium, and large doesn’t necessarily equal good, better, and best in this equation regardless of which screen size you prefer. The cheaper iPhone SE may have the best battery life, the iPhone 6s and 6s Plus have 3D Touch and the best cameras, but the iPhone SE has a better back camera than the iPhone 6 and 6 Plus.

Simply put, it’s complicated. The best iPhone to recommend is no longer the latest iPhone — at least for the next six months — as budget and which specs are important to each customer is now worth considering more than ever. 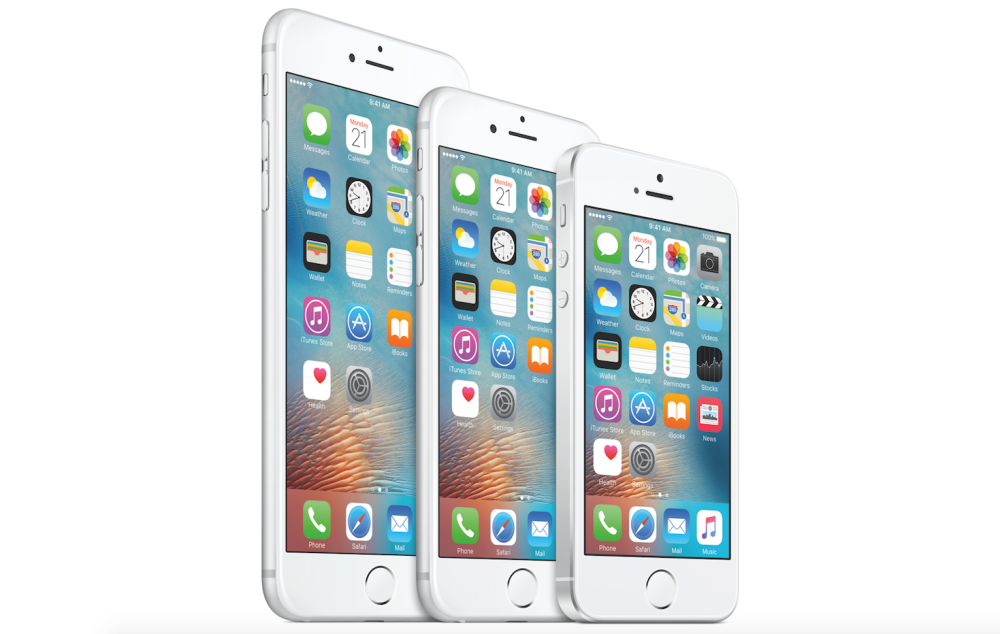 But if the iPhone SE price stays the same in September when Apple likely introduces the iPhone 7, the spec gap for the $250 difference would make more sense. So would the lineup if it only consisted of the iPhone SE, iPhone 6s/Plus, and iPhone 7/Plus.

Apple’s choice of cameras for the iPhone SE is also very interesting. The rear iSight camera is spec’d out across the board just like the iPhone 6s camera, which is superior to the iPhone 6 camera. We’re talking about 12-megapixels versus 8-megapixels, the same ƒ/2.2 aperture, improved local tone mapping, improved noise reduction, 63-megapixel panoramas versus 43-megapixels, and the ability to shoot Live Photos. Despite being a thicker iPhone, Apple is still saving optical image stabilization, or OIS, for the Plus-sized iPhones.

Since the 4-inch iPhone has a thicker design than the 4.7-inch and 5.5-inch iPhones, the iPhone SE is the only modern iPhone without a protruding camera bump for fans of flush lenses.

The iPhone SE doesn’t hit stores until March 31 so we haven’t tested this yet, but in theory and on (Apple’s) paper the new 4-inch iPhone should best the 4.7-inch and 5.5-inch iPhones in battery life in at least one area. Previously, the larger Plus-sized iPhones were the best models for battery life thanks to room for higher capacity batteries. The idea with the iPhone SE is that the more powerful A9 chip is just way more energy efficient than the A7 chip from 2013, but the iPhone SE uses the same design (and likely same battery capacity) as the iPhone 5s (and has fewer on-screen pixels to drive). Apple doesn’t disclose battery capacities, so we’ll have to wait for the tear downs to see inside, but this is what Apple promises on “up to” battery life for each iPhone:

Go 5.5-inch if you want overall best battery life, but 4-inch if you value an extra hour of LTE and Wi-Fi Internet use, and consider a battery case if you prefer the 4.7-inch iPhone.

Apple’s current iPhone lineup offers 16GB and 64GB models across the board with $100 in between each capacity jump. Only the iPhone 6s and iPhone 6s Plus offer the higher 128GB capacity option. Avoid 16GB at all cost, pick 64GB whenever possible, or go iPhone 6s/Plus if you need 128GB.

My last two iPhones (iPhone 6, and iPhone 6s Plus) have both been 128GB, but services like Apple Music and iCloud Photo Library make 64GB more comfortable; 128GB is preferred for extended time offline, however.

Since Apple discontinued the iPhone 5c, the whole lineup has consisted of aluminum and glass builds. The iPhone 6/Plus and iPhone 6s/Plus all have full-metal backs while the iPhone SE has the same mostly-metal back with rear-glass near the top and bottom. All iPhone models offer space gray or silver options, but you’ll want the iPhone SE or iPhone 6s/Plus if you want gold or rose gold. The iPhone 6/Plus was originally offered in gold (and never rose gold), but Apple slimmed down the offering after the first year. 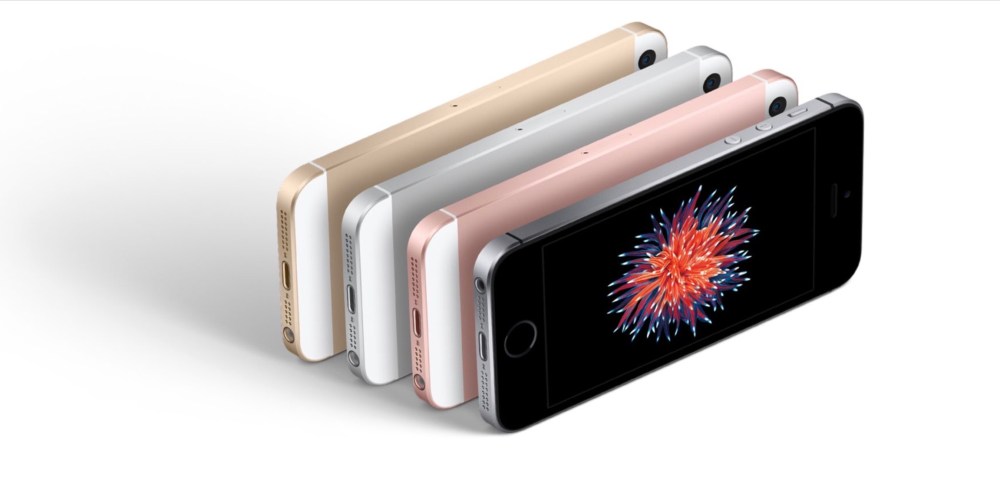 Screen size obviously varies with the 4-inch iPhone SE, 4.7-inch iPhone 6/6s, and 5.5-inch iPhone 6/6s Plus, but there are other display differences as well. For example, only the iPhone 6s and iPhone 6s Plus feature pressure-sensitive 3D Touch displays, which let you interact with iOS in more efficient ways. Bigger screens also have higher resolutions, and the Plus-sized iPhones have a higher pixel-per-inch count at 401 ppi compared to the medium and small models at 326 ppi.

Contrast ratio also varies between models: expect 1400:1 contrast ratio on iPhone 6/6s, 1300:1 on iPhone 6/6s Plus, and a mere 800:1 on the cheaper iPhone SE. The iPhone SE also lacks dual-domain pixels which offer wider viewing angles. Only the iPhone 6s and iPhone 6s Plus features Apple’s new Taptic Engine for greatly improved vibrations, which will be missed for anything moving from a 6s-series iPhone to the SE-series iPhone.

This means the $400 iPhone SE is faster than the $550 iPhone 6. Other variances like clock speed and RAM have yet to be revealed, but Apple set the iPhone SE up for success by including the A9 chip over the A8 chip.

All models have the Touch ID fingerprint sensor for unlocking the iPhone and authenticating purchases in apps and through Apple Pay, but Apple’s website confirms that only the iPhone 6s and iPhone 6s Plus use the second-generation Touch ID sensor, which is faster and more reliable. Sorry iPhone SE fans, but the $250 savings should help and the first-generation Touch ID wasn’t bad; it’s still being used on all iPads too.

The iPhone SE is the only model in the current lineup without a barometer, which is used to track flights of stairs climbed among other things. It also lacks Display Zoom, which the larger iPhones have as an option to make iOS appear larger and easier to see (at the expense of being less sharp). But it’s also the most pocketable iPhone with a 4-inch display versus the 4.7-inch display and 5.5-inch display on the rest of the lineup. 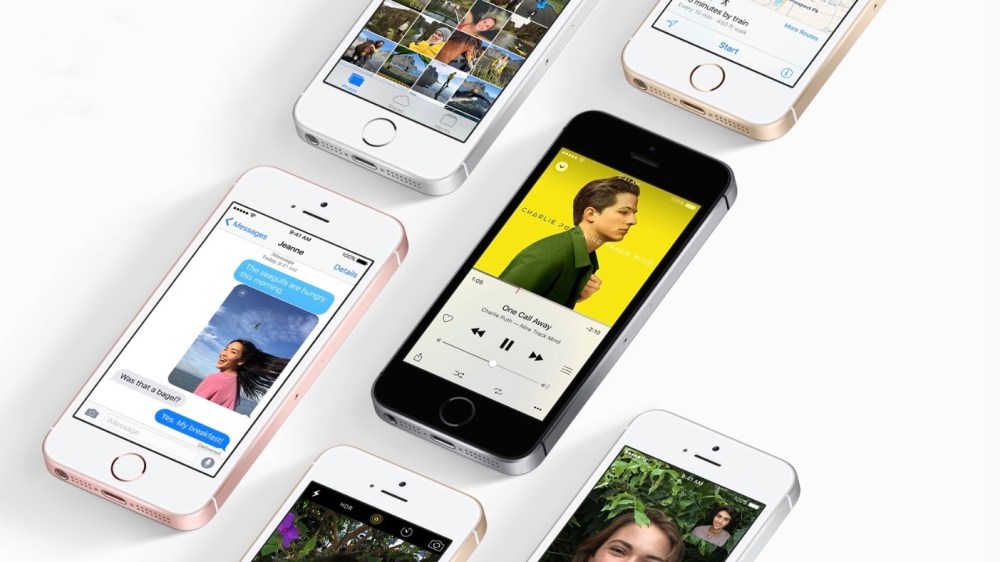 Personally, I’m most interested to put the iPhone SE camera to the test against my iPhone 6s Plus. Pre-orders start this Thursday, March 24th, with units hitting stores next Thursday, March 31st. The upgrade from any 4-inch iPhone should be substantial considering the mix of modern specs. 9to5Mac will have full coverage including hands-on and reviews, so stay tuned.