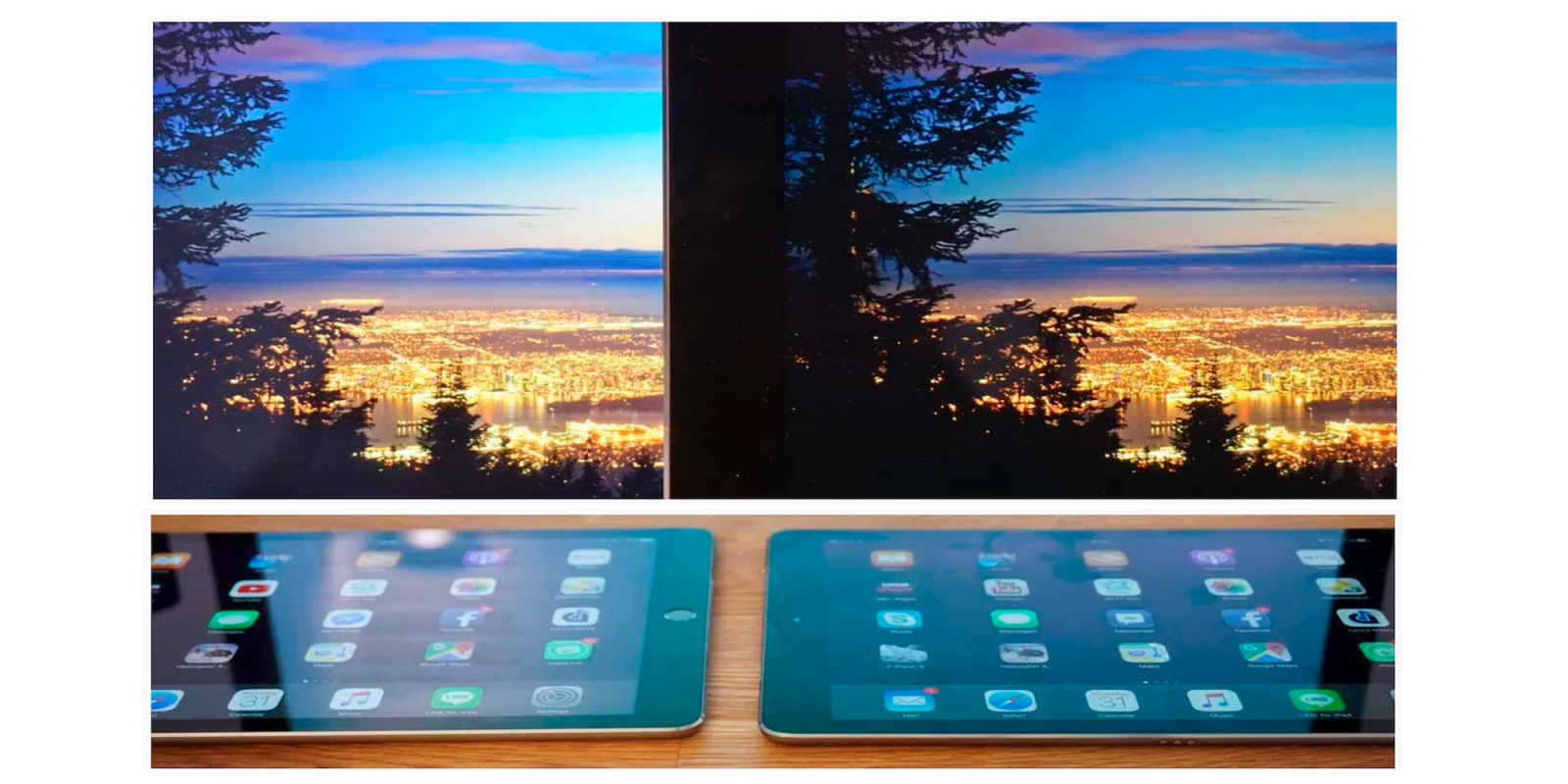 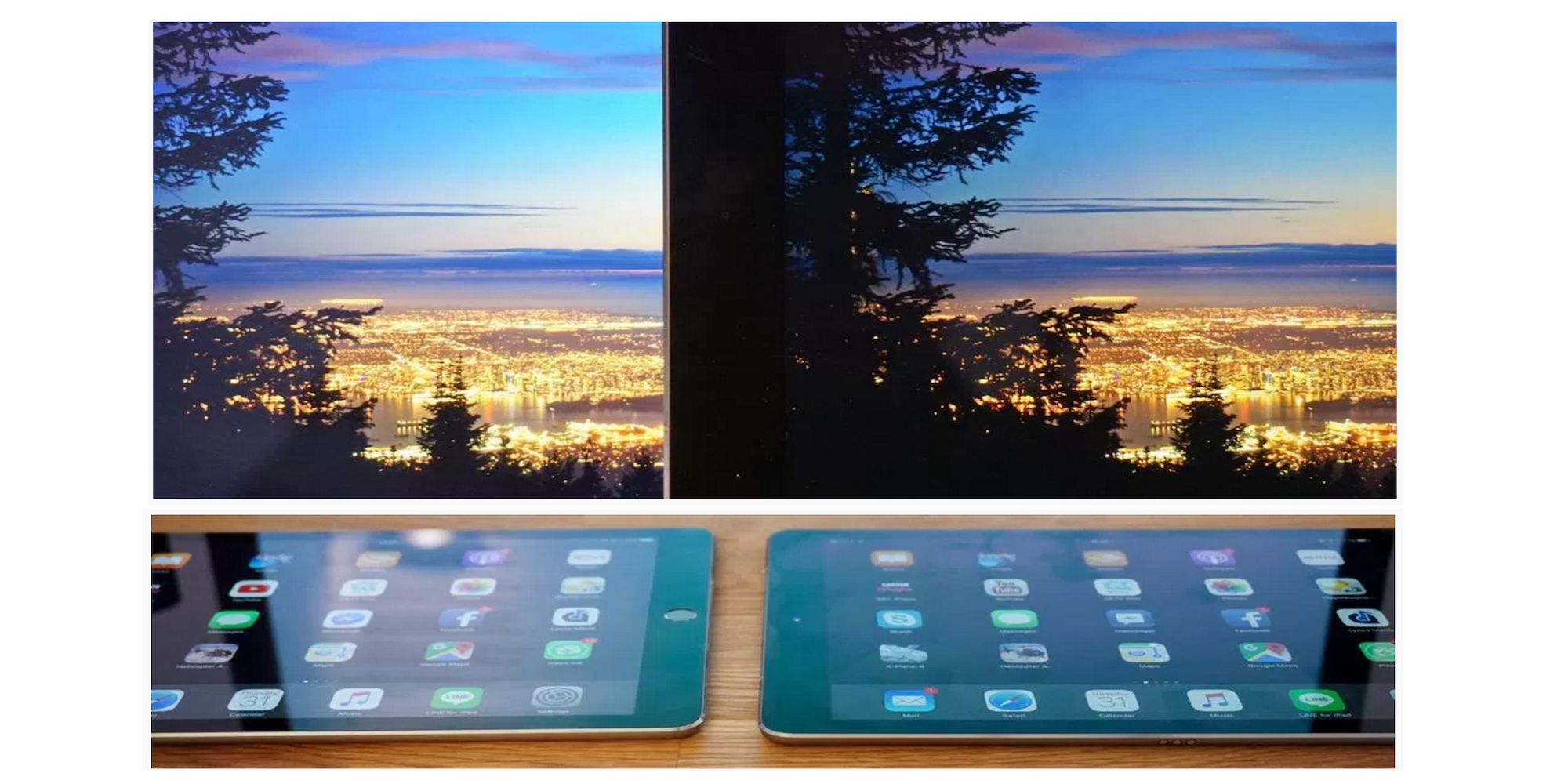 DisplayMate is out today with its usual in-depth analysis of new Apple products, this time examining the display on Apple’s latest tablet, the iPad Pro 9.7-inch. The result? DisplayMate says the new iPad’s display isn’t just the best iPad display yet, but that it also includes record setting performance among all tablets it’s tested as well as hints at iPhone 7 screen upgrade possibilities.

In its report, which compares the new device to not only current iPads but also other top tablets from Microsoft, Samsung and others, DisplayMate shows how the new iPad achieved record results for its display in a number of categories, including: “Highest Absolute Color Accuracy for any display for Both Color Gamuts (1.35 JNCD), Lowest Screen Reflectance for any mobile display (1.7 percent), Highest Peak Brightness in a full size Tablet for any Picture Level (511 nits), Highest Contrast Rating in High Ambient light (301), and Smallest Color variation with Viewing Angle (all under 2.0 JNCD).”

It adds that the lowest low screen reflectance performance means the new iPad’s “image colors and contrast in high ambient light will appear considerably better than any other mobile display.” And even as the brightest full size production tablet, DisplayMate notes that Apple achieved the same power efficiency as the iPad Air 2 by using a lower refresh rate for static images:

The iPad Pro 9.7 display also uses a lower refresh rate when the images remain static (like during our power measurements). These effects all counter-balance one another, so the iPad Air 2 and iPad Pro 9.7 in the end have the same overall Power Efficiency.

Compared to the 12.9-inch iPad Pro, DisplayMate says the smaller 9.7-inch beats out the tablet in just about every category except size (of course) and Black Luminance, which the report notes “results in a higher Contrast Ratio in the dark,” on the 12.9-inch.

The report speculates that display enhancements on the 9.7-inch could hint at things to come for the iPhone 7, with the DCI-P3 Wide Color Gamut and the new Anti-Reflection coating prime candidates according to the display pro’s analysis. “Both of these would also improve the iPhone screen performance and readability in high ambient light. True Tone could be added if Apple upgrades the Ambient Light sensors so they measure Color in addition to Brightness.”

Here’s a look at the overall assessments for the main categories DisplayMate measured for the iPad Pro 9.7 versus the iPad Air 2: 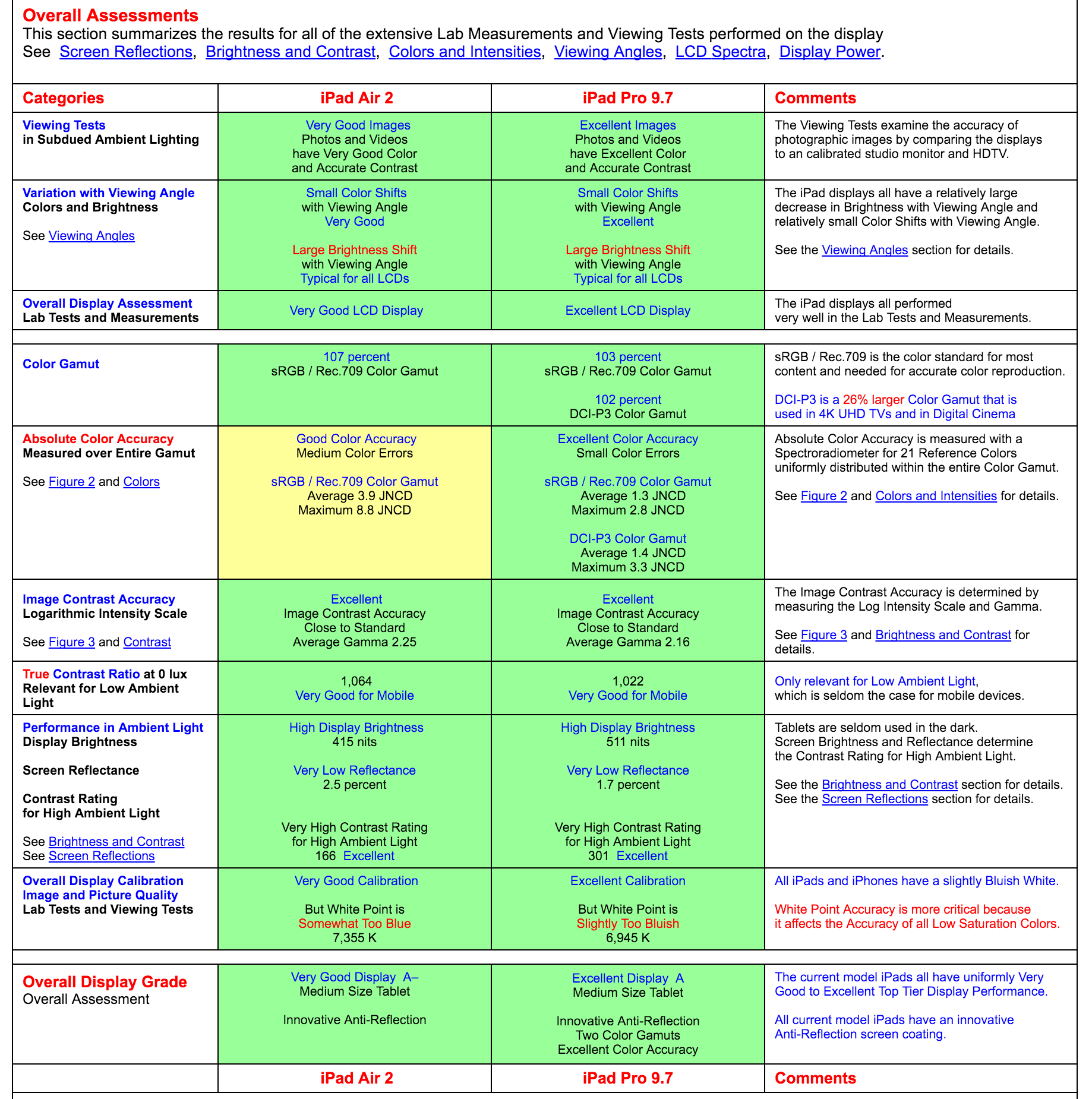 You can read the full very in-depth report from DisplayMate here. And for a real world perspective of the new iPad Pro 9.7, check out Ben’s excellent diary series that focuses heavily on the display enhancements.