Earlier this week Apple TV added CBS and the newly launched Starz app to its growing list of universal search channels, which lets you use Siri or the Search app to find movies and TV shows across multiple channels in a single search. Now Siri has learned another new skill called Live Tune-In, which lets you easily jump right into live programming with a single voice command using Siri Remote.

As MacRumors points out, the new Live Tune-In feature is presented and detailed on the recently added What’s New splash page. Apple TV doesn’t present release notes for tvOS software updates; instead, tvOS 9.2 added the What’s New section to the Settings channel under the System section.

Notably, the new feature was not included on the original tvOS 9.2 update splash page. Testing both tvOS 9.2 and the recently released beta version of tvOS 9.2.1, the new feature appears on both software versions.

Apple describes how to use the new Live Tune-In feature:

Ask Siri to start watching a live channel in one of the supported apps, such as CBS, Disney XD, and ESPN. Try saying “Watch CBS” or “Watch ESPN live.”

In testing, Siri prompts you to install the specified app you request to launch if the channel isn’t already installed. Live content generally requires a paid subscription or active cable credentials, but Siri correctly jumps directly to the live log in channel for the ESPN app when following Apple’s suggestion.

Live programming is nothing new to Apple TV as even older generation boxes supported the feature, but Siri is only available on the fourth generation Apple TV with tvOS and Live Tune-In shows that Apple is further leveraging the capabilities of the functionality to make watching TV more modern. 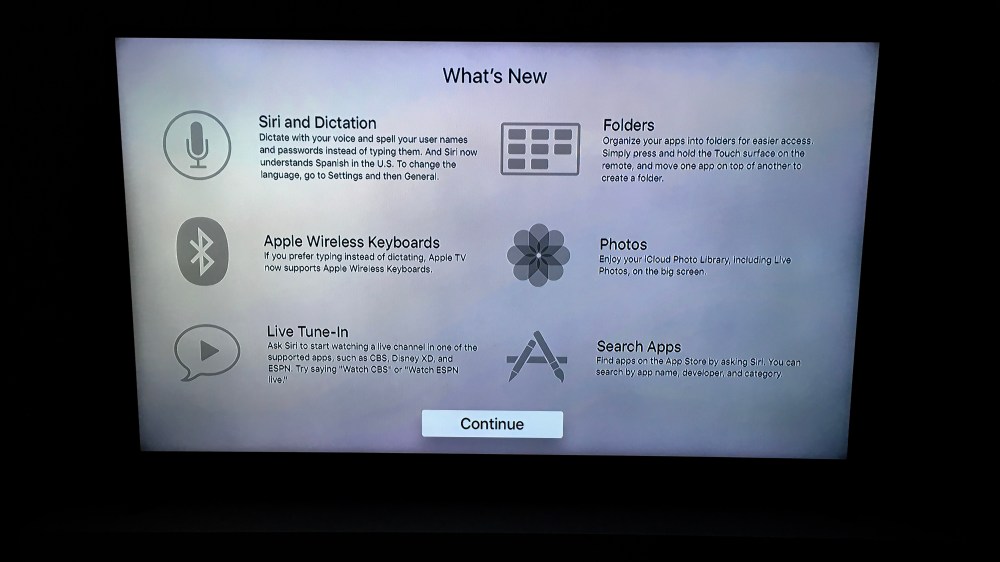 Check out our full rundown of everything else newly introduced to Apple TV in the recent tvOS 9.2 software update from last month.