Apple has released the fourth update to Safari Technology Preview today with fixes in connecting to the 1Password extension and watching videos on Netflix. The update primarily focuses on general bug fixes including networking, media, JavaScript, CSS, web APIs, Web Inspector, rendering, and accessibility. Safari Technology Preview is available as a download through the Apple Developer Center and subsequent updates will be received through the Mac App Store.

Today’s release includes a networking fix that allows non-standard HTTP headers in WebSocket handshakes; as a result of introducing this fix, users of the 1Password extension should see it functioning again. The media fix introduced today also allows Netflix video playback once again. The full release notes can be read at the Safari Technology Preview Release Notes page.

Ricky Mondello, a Safari developer at Apple, suggests checking off the “Install App Updates” box within the Mac App Store to streamline the update process. To do this:

Subsequent app updates for Safari Technology Preview, and all other apps within the Mac App Store will all automatically download to your computer. 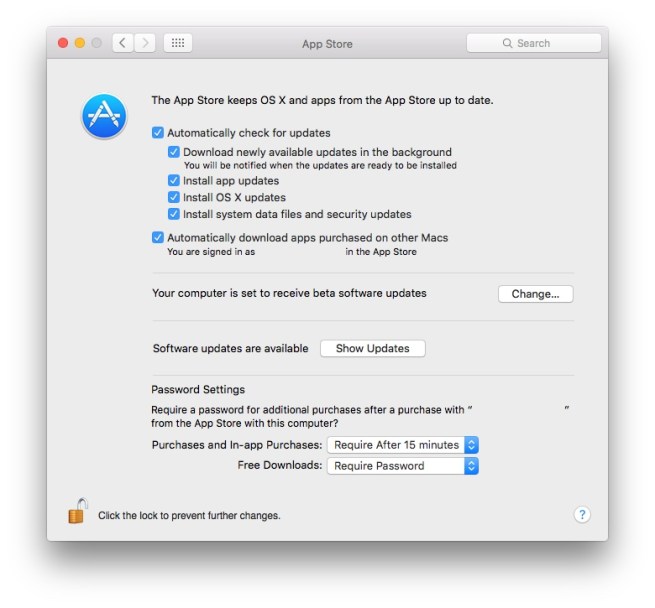 You can check the “Install app updates” box of the App Store section of System Preferences to streamline updating Safari Technology Preview.