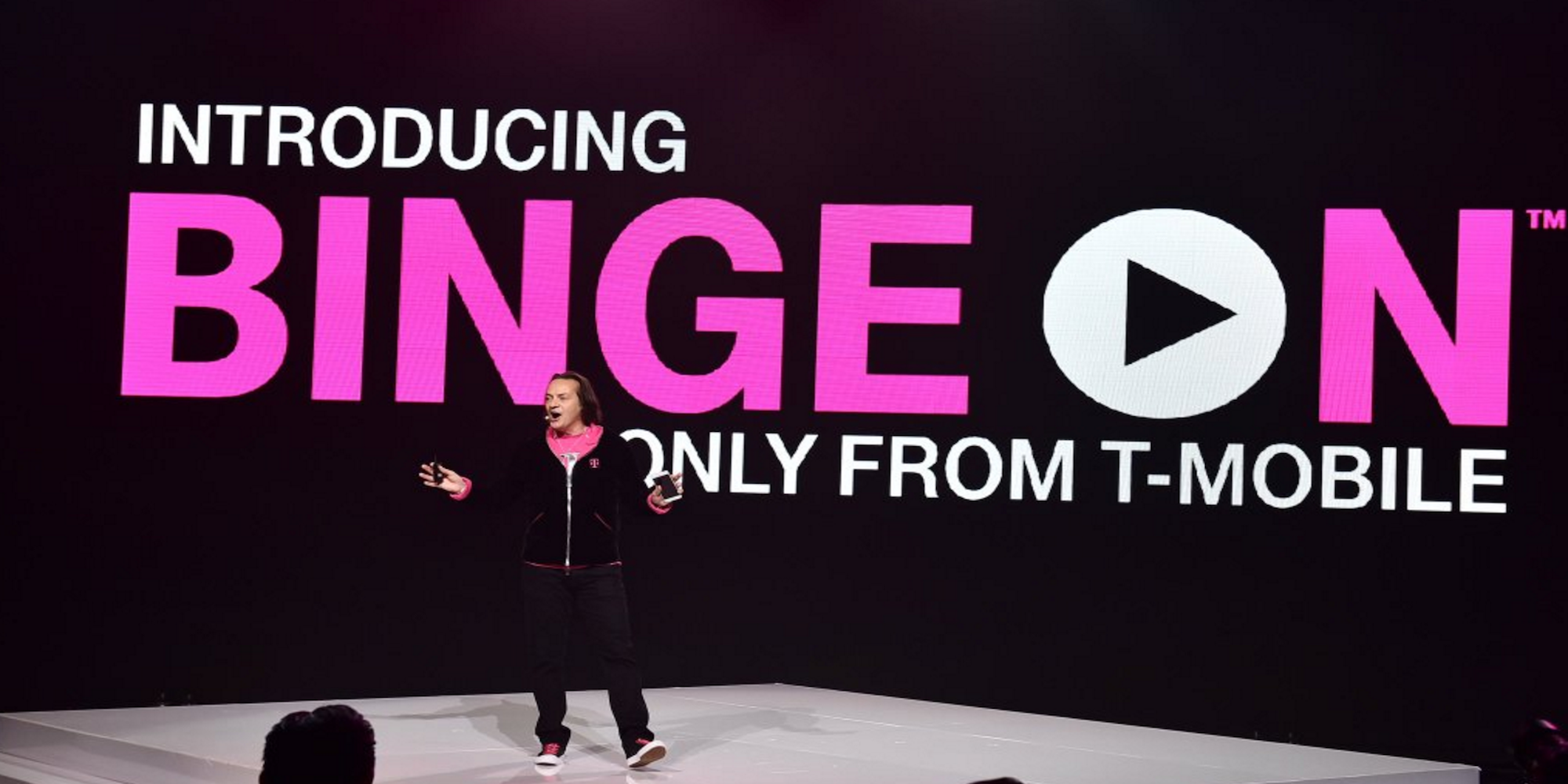 Some of the notable new services being added today include NBC, Qello Concerts, Radio Disney, and Univision. And several music services that already offer data-free music streaming through T-Mobile’s Music Freedom program are today launching support for video through Binge On. That means videos on Google Play Music, Spotify, Tidal and others will now be available to stream data-free through Binge On.

T-Mobile says its subscribers have now streamed “more than 377 million hours of video” through Binge On.

Binge On is a success, and our customers absolutely love it!” said John Legere, president and CEO of T-Mobile. “In the six months since we launched Binge On, the number of video providers streaming free without using your data has grown more than 240%.  We’ve got something for everyone, and customers never have to worry about getting slammed with ridiculous overage penalties. I hope Dumb and Dumber just keep pushing their mobile video schemes, it just gives consumers more and more reason to come to T-Mobile!”

You can check out the full list of services that support the feature on T-Mobile’s website, which now totals more than 80 apps following today’s additions.