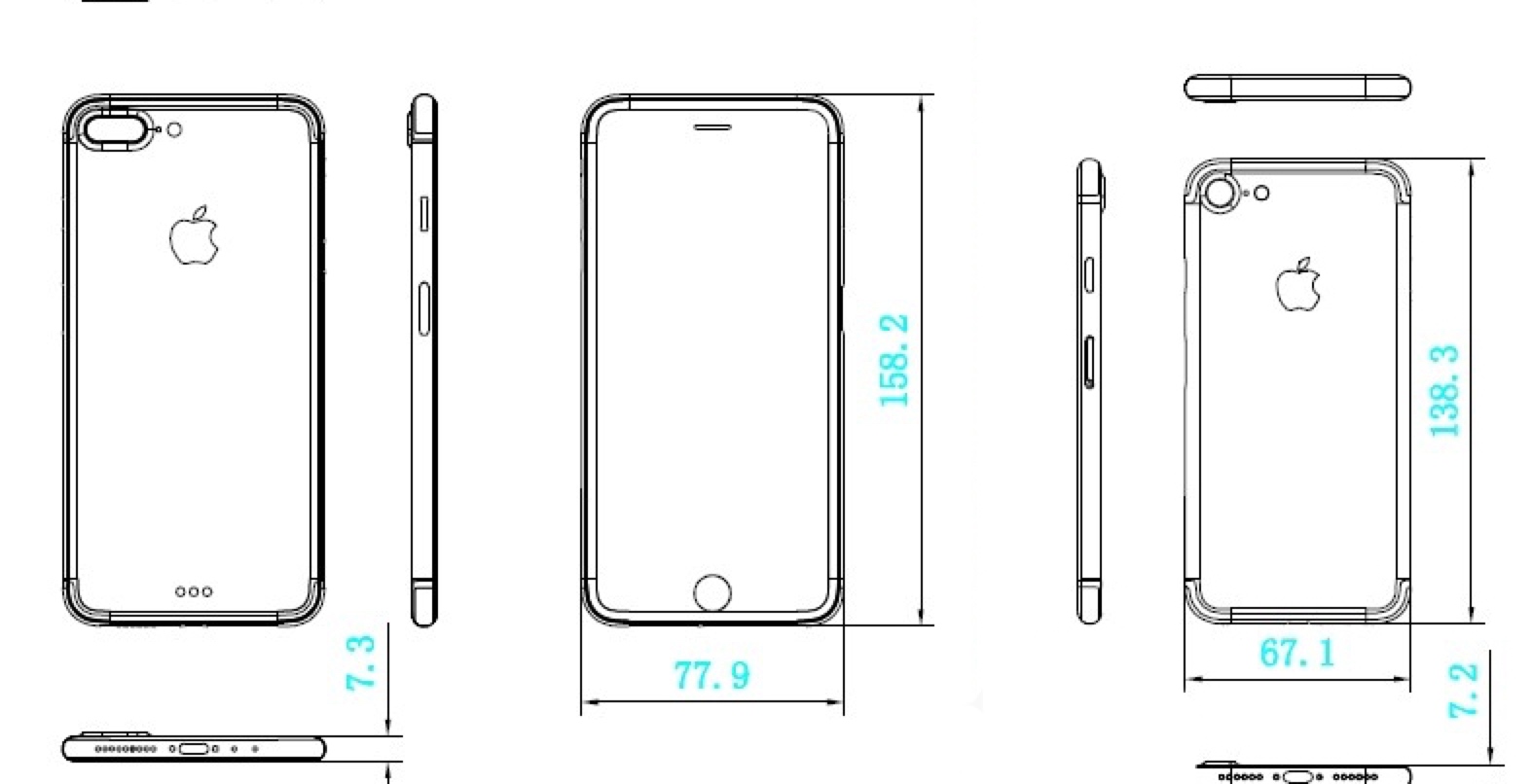 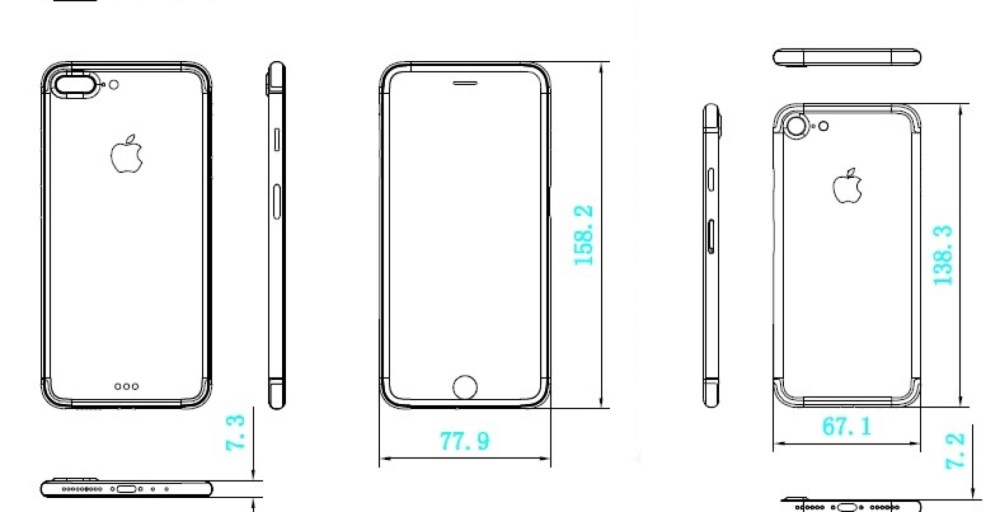 There are a pair of new iPhone 7 schematics circling the Internet today, depicting the 4.7 inch and 5.5 inch SKUs of Apple’s next-generation flagship phone. The 4.7 inch iPhone 7 drawing appears pretty much as expected, resembling the iPhone 6s by and large with repositioned (and larger) rear camera and redesigned antenna lines. Similar three dimensional schematics surfaced two weeks ago.

The measurements listed indicate the 7 will be a tad thicker at 7.2mm excluding the camera bump, compared to 7.1 mm for the iPhone 6s, but a 0.1mm difference is effectively nothing and effectively impossible to notice by humans. (Sadly, these schematics show that the new iPhone 7 camera will indeed protrude from the rest of the casing). The drawings reiterate the point that Apple will remove the headphone jack, re-using the space as a second speaker grille.

The most interesting part of these schematics is, unfortunately, the bit that is most likely to be a mistake. The drawings depict the 5.5 inch iPhone 7 to have a frameless display where the screen stretches from edge-to-edge. The FaceTime camera has also not been drawn in the picture, ostensibly no longer a physical hole in the case but integrated behind the screen if it was a realistic rendering. Apple has patented ways to hide components like cameras behind displays but there are no rumors that this is on the cards for the iPhone 7 Plus this year.

We are not expecting drastic changes like a bezel-less iPhone 7 Plus — all other reports to date have described an iPhone design near identical to the iPhone 6s. A frameless iPhone 7 has actually been pictured in a Chinese photograph this year but there were tell-tale signs of Photoshop forgery. It is true that the iPhone 7 Plus is on track for a bigger update than its 4.7 inch sibling, mainly due to the inclusion of a dual-camera, but nothing major has been corroborated for the front of the device. A design revamp is currently billed for the iPhone 8 in 2017, featuring an all-glass chassis with AMOLED screen. The schematic comes from a source that has been reliable in the past so there’s good chance the omission of such details is simply a mistake.

Interestingly, the Smart Connector is visible in these schematics on the Plus model. The source website says the feature will be used for wireless charging which makes more sense than Apple making a six inch version of the iPad Pro keyboard cover. Still, inductive charging does not necessitate the existence of visible metal dots on the phone so it still seems there are parts of this story left unexplained. Recently, the rumor mill has suggested Apple was testing prototypes which featured a Smart Connector but has decided not to include the component in the final hardware.

The iPhone 7 is expected to debut in the fall, likely at a press media event in September. Supply chain reports indicate Apple has ordered between 72-78 million new iPhone units for 2016, a two-year production record. Perhaps iOS 10 will shine some new light on what to expect for the iPhone 7; Apple will unveil the latest update to its mobile operating system at WWDC on June 13th.