Apple CEO Tim Cook talks ahead of iPhone 7 launch about advice, AI/AR, and the future [Video] 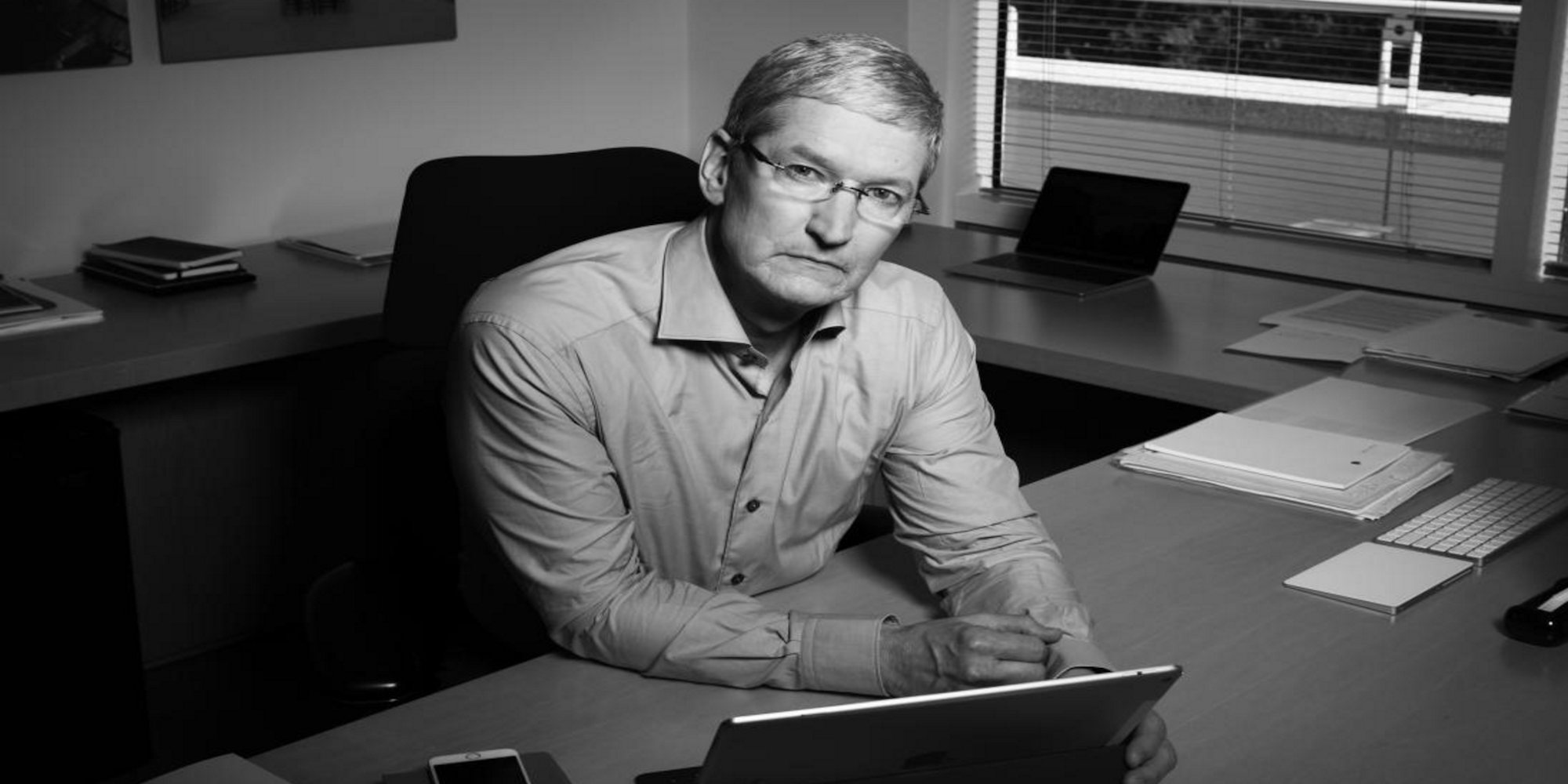 The Washington Post this weekend published a very in-depth video/interview with Apple CEO Tim Cook just weeks before Apple is set to unveil its biggest product of the year by far, the iPhone 7. In it, Cook talks about the incredibly important people outside of Apple he turns to for advice at pivotal moments, including Warren Buffett on returning cash to stockholders, Anderson Cooper on coming out, and folks like Bill Clinton and Laurene Powell Jobs on testifying before congress.

He also touches on the future of Apple, such as its Artificial Intelligence and and Augmented/Virtual Reality ambitions…

But first, Cook noted some mistakes. He again acknowledged the disaster that was Apple Maps. On his first big hire John Browett, who ran the Apple Store for a short amount of time:

He spoke in candid terms about the mistakes he’s made on the way, such as his first hire to run Apple’s retail stores (“that was clearly a screw-up”)

Although the iPhone growth has stalled, Apple’s services business is huge:

Its services business, which includes things like iTunes, iCloud and a mobile payments service, is projected to be the size of a Fortune 100 business next year — all on its own.

What has changed at Apple? Bigger!

The obvious things are we have more employees in the company. The company is four times larger [by revenue since 2010]. We’ve broadened the iPhone lineup. That was a really key decision, and I think a good one. We’ve gone into the Apple Watch business, which has gotten us into wellness and in health. We keep pulling that string to see where that takes us. Lots of core technology work has been done.

This is actually a privilege, not a problem. Think about this: What other products do you know where the ratio of people to the product, for a consumer electronics product, will be one-to-one over the long haul? I don’t think there is another one.

This is interesting thinking. I wonder what Apple is doing to address the other 6B people who don’t yet own a smartphone.

To me, Steve’s not replaceable. By anyone. [Voice softens] He was an original of a species. I never viewed that was my role. I think it would have been a treacherous thing if I would have tried to do it. When I first took the job as CEO, I actually thought that Steve would be here for a long time. Because he was going to be chairman, work a bit less after he came back up the health curve. So I went into it with one thought, and then weeks later — six weeks later, whatever —It was very quickly. [The day he died] was sort of the worst day ever. I just — I had really convinced myself. I know this sounds probably bizarre at this point, but I had convinced myself that he would bounce, because he always did.

I was thinking about kids. I was getting notes from kids who knew I was gay, or assumed I was, because of something they had read on the Web. And they were kids who were distraught. Some had been pushed out by their families. They thought they couldn’t achieve anything. They couldn’t do anything. They were seeing the national discourse around it and feeling isolated and depressed. And I just thought — I’ve got to do something.

On testifying before congress in 2013:

For the hearing [before the U.S. Senate’s Permanent Subcommittee on Investigations about Apple’s tax practices in 2013], I’ve never testified in front of Congress before. So I called up [Goldman Sachs CEO] Lloyd Blankfein, because I looked back to say who’s done this before? I knew Lloyd and thought he’d be honest with me. I called up President Clinton. He knows a lot about the politics. I’d not met him through a political connection. I’d met him through the foundation. I went to Laurene, Steve’s wife. Laurene has the lens of knowing me and deeply understanding Apple.

I think AR [augmented reality] is extremely interesting and sort of a core technology. So, yes, it’s something we’re doing a lot of things on behind that curtain that we talked about. [Laughs.]

The whole interview is certainly worth a read if you want to know where Apple is ahead of its September iPhone launch event.