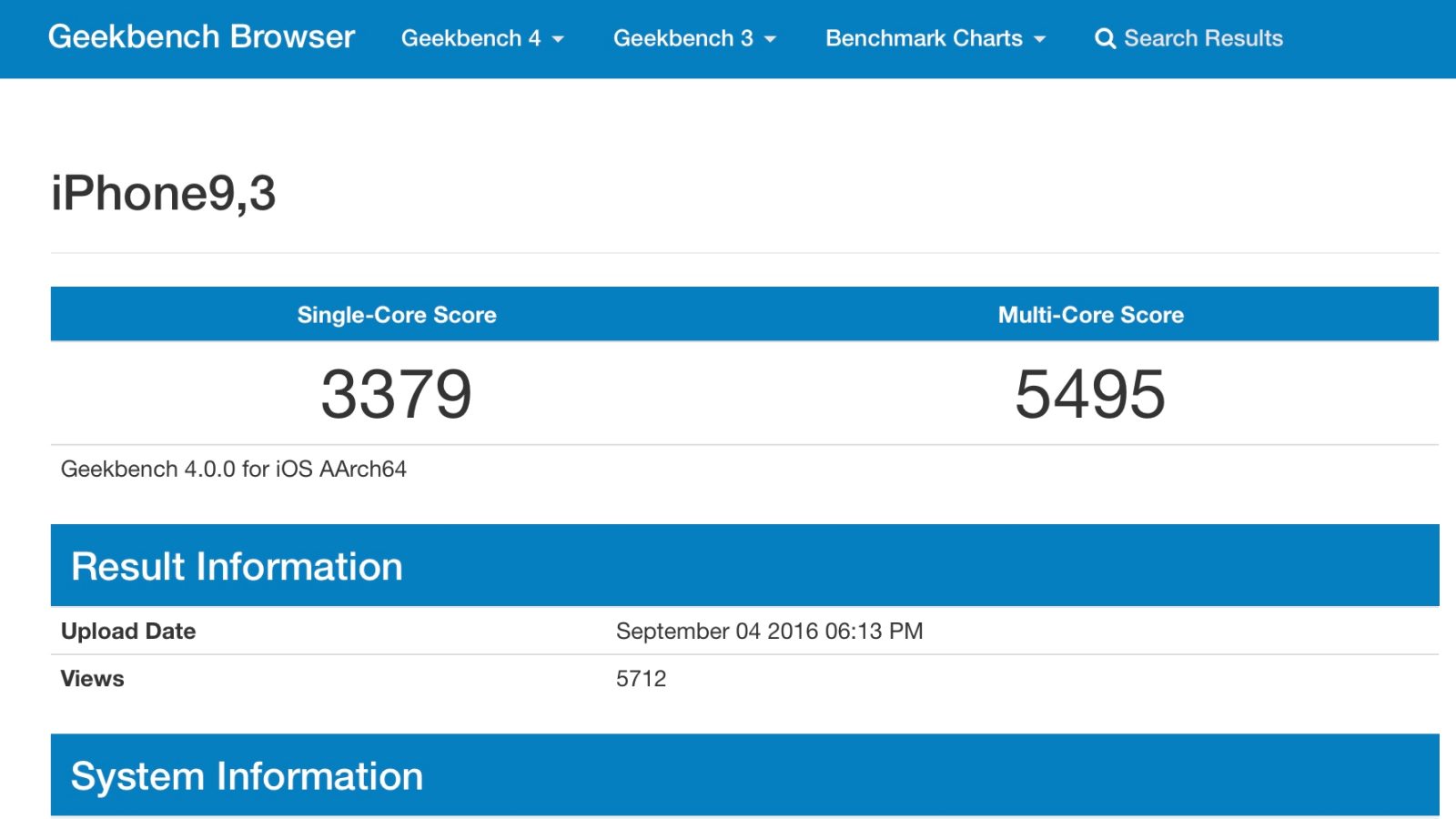 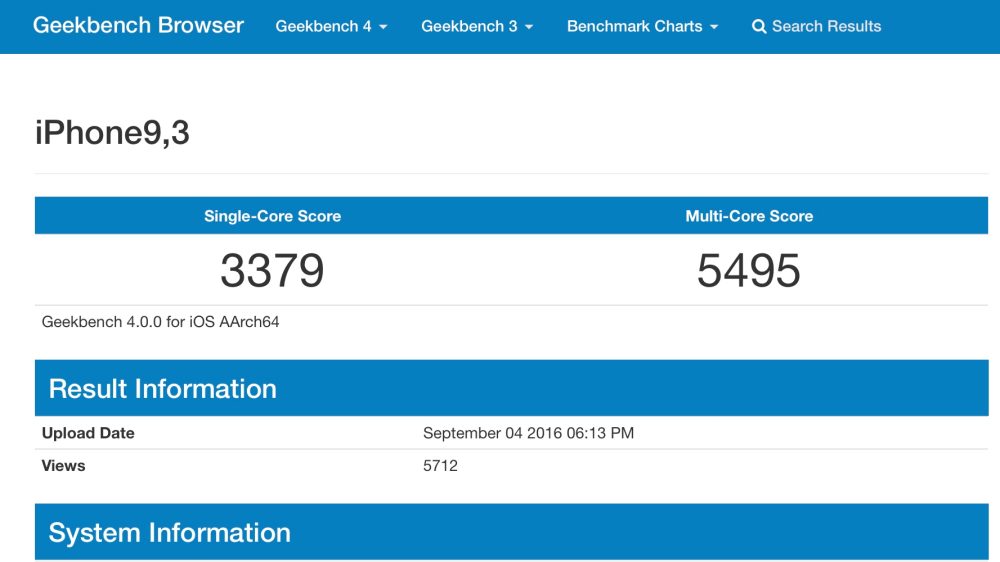 We have seen an alleged screenshot of a GeekBench report before for the iPhone 7 but that one turned out to be fake. Ahead of the official unveiling on Wednesday, another set of purported GeekBench results for iPhone 7 has surfaced although this one is a bit more convincing.

The results suggest a significant performance boost associated with the new Apple A10 chip in the iPhone 7, with a headline score of 3379 for single-core and 5495 for multi-core. This is about 35% higher than what a typical iPhone 6s unit reports.

The GeekBench report identifies the device as an iPhone9,3 – suggesting at least 3 different variants of the device. There is no iPhone 8,3 corresponding to an existing generation iPhone; the existing lineup has model identifiers iPhone8,1 and iPhone8,2 for the iPhone 6s and iPhone 6s Plus, respectively.

Synthesising other rumors, this GeekBench reports 2 GB RAM. This suggests the iPhone in question here is a 4.7 inch model; it has been reported by many sources that the 5.5 inch iPhone 7 will be getting a RAM bump to 3 GB as it is necessitated by the dual camera advanced image processing software.

The clockspeed in the iPhone 7 GeekBench is low, under 400 MHz. This made us a little skeptical about the results’ legitimacy but a conversation with a GeekBench engineer indicates this is not necessarily abnormal. iOS does not report such statistics directly so the benchmarking app has to guess and these guesses can be wrong. KGI analysts believe the A10 will have a maximum clock speed of 2.4 GHz.

Assuming it is real, it is also interesting to note that the iPhone 7 under study appears to be running iOS 10.1 — a future version of iOS not yet seeded to developers. As always, it’s worth remembering that benchmarks are synthetic test environments and do not represent real-world performance.

Just because the test scores are 35% higher does not mean the iPhone 7 will always (or ever) be 35% faster in daily use. iPhones are so powerful very few tasks take any time at all in normal usage; most things happen instantly.

GeekBench also only stresses the CPU and memory throughput of a mobile SoC: these results do not say anything about the performance deltas of the Apple A10’s GPU. That being said, Apple loves to ramp the power of its GPUs so we expect the iPhone 7 to post impressive scores on this axes too … when it is official.

Nevertheless, the iPhone 7 will still be a very impressive and powerful phone. Brand new top of the range Android devices still fail to beat the iPhone 6s on single-core performance … so the iPhone 7 is likely to be at the top of the tree for some time yet.

All of this just increases the hype ahead of the actual iPhone 7 announcement on Wednesday. Stay tuned to 9to5Mac for coverage of all the announcements.