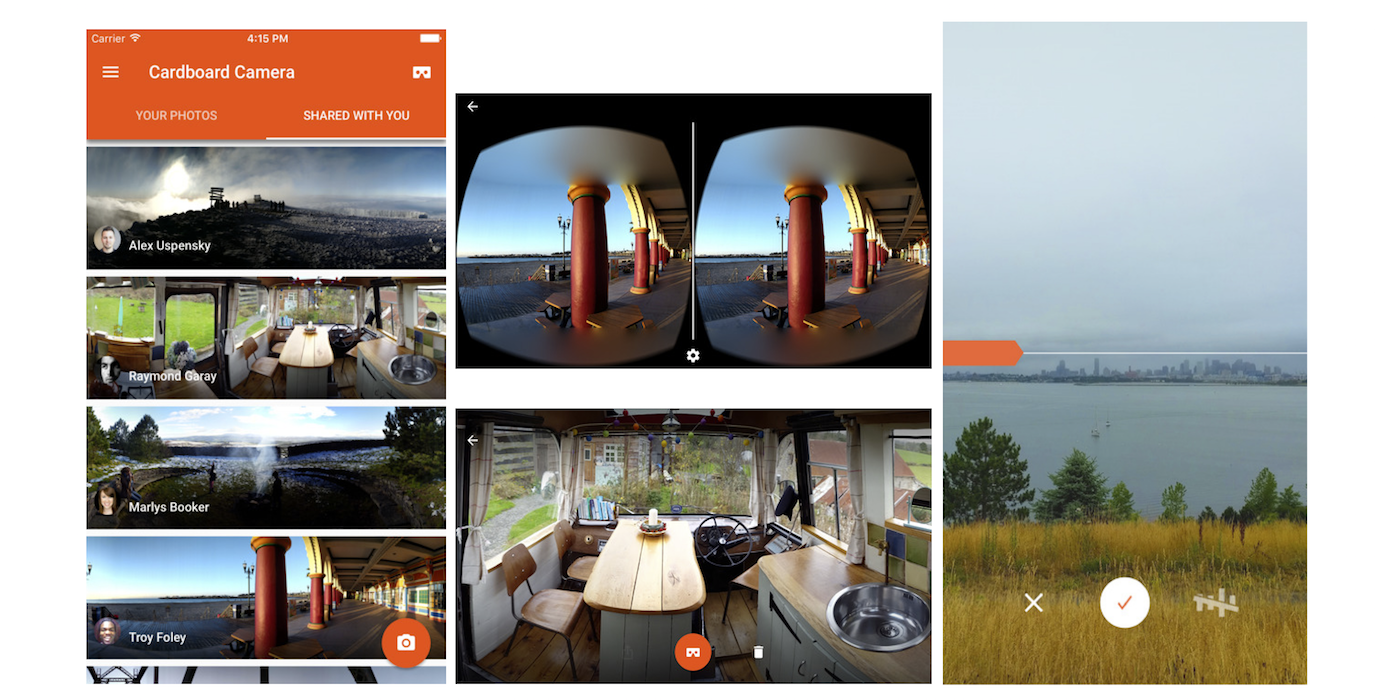 Previously available on Android only, Google today released its Cardboard Camera app for iPhone and iPad alongside new features for the experience.

The app allows users to capture and share three-dimensional panoramas that Google calls VR Photos and share them for viewing in smartphone-based VR viewers like its own Google Cardboard and others.

You can look around to explore the image in all directions, and even hear sound recorded while you took the photo to hear the moment exactly as it happened. To capture a VR photo, hold your phone vertically, tap record, then turn around as though you’re taking a panorama.

New for the app for both iOS and Android today is the ability to share VR photo albums with friends. A new sharing option will allow you to select multiple photos and generate a sharing link that you can send via email, message, or elsewhere. Google shared an example of a sharing link here.

The new Google Cardboard Camera app for iOS is available on the App Store now.