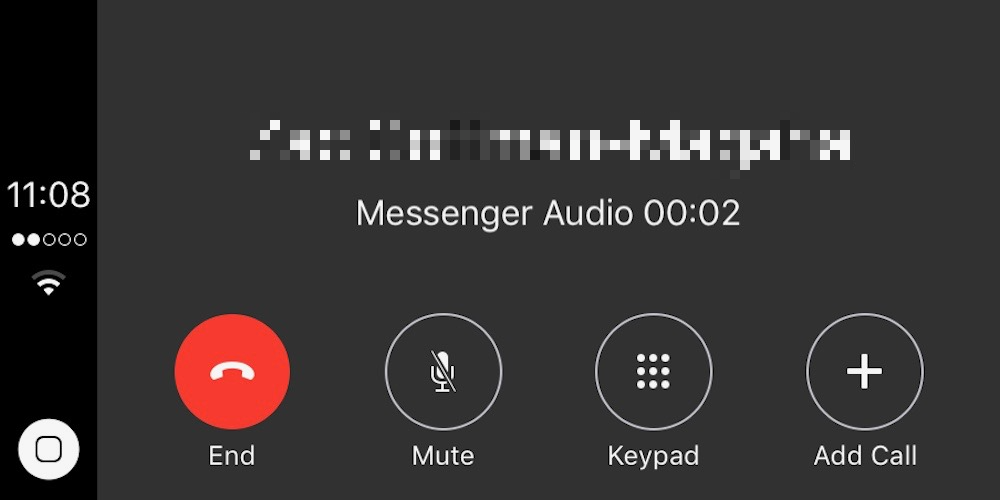 iOS 10 lets third-party developers use the standard call look and feel from the Phone app in their own apps with something known as CallKit, and Facebook’s latest update to Messenger is already taking advantage of it. Messenger for iOS has let you make calls over the Internet to your friends for a while, and now incoming calls to Messenger will behave just like standard phone calls. This improved behavior even extends to CarPlay.

To see Messenger and CallKit in action, you just need to be on the receiving end of a Messenger call with iOS 10 installed on your device with the latest version of Messenger (version 89) set up. Whether you’re using your iPhone or the device is locked, new Messenger calls will work just like standard phone calls.

The alert will take up the full screen and present standard call controls rather than a basic alert banner. The alert includes the name of your contact as well as the source for the call, Messenger Audio in this case. Answering the call dismisses the standard call UI and brings you to the full Messenger app, and you can leave Messenger and tap the active call banner to return to it just like standard calls.

Thanks to Messenger adopting CallKit, you can now receive alerts for and answer Messenger calls during CarPlay as well. Apple’s driving mode puts most iPhone alerts on silent and gives no visual indication of activity unless the app is supported by CarPlay.

Messenger doesn’t have a CarPlay icon yet and Siri support is still missing so you can’t initiate a call with the service using CarPlay, but you can now receive and answer calls using Messenger while you’re driving. This experience is just like using FaceTime Audio or a traditional phone call with CarPlay, and hopefully Siri support and full CarPlay support is coming soon.

You can grab the latest version of Messenger for iOS for free on the App Store, although the release notes only include the standard no-detail text.