Use this macOS Safari extension to easily watch videos in PIP from YouTube, Netflix and more 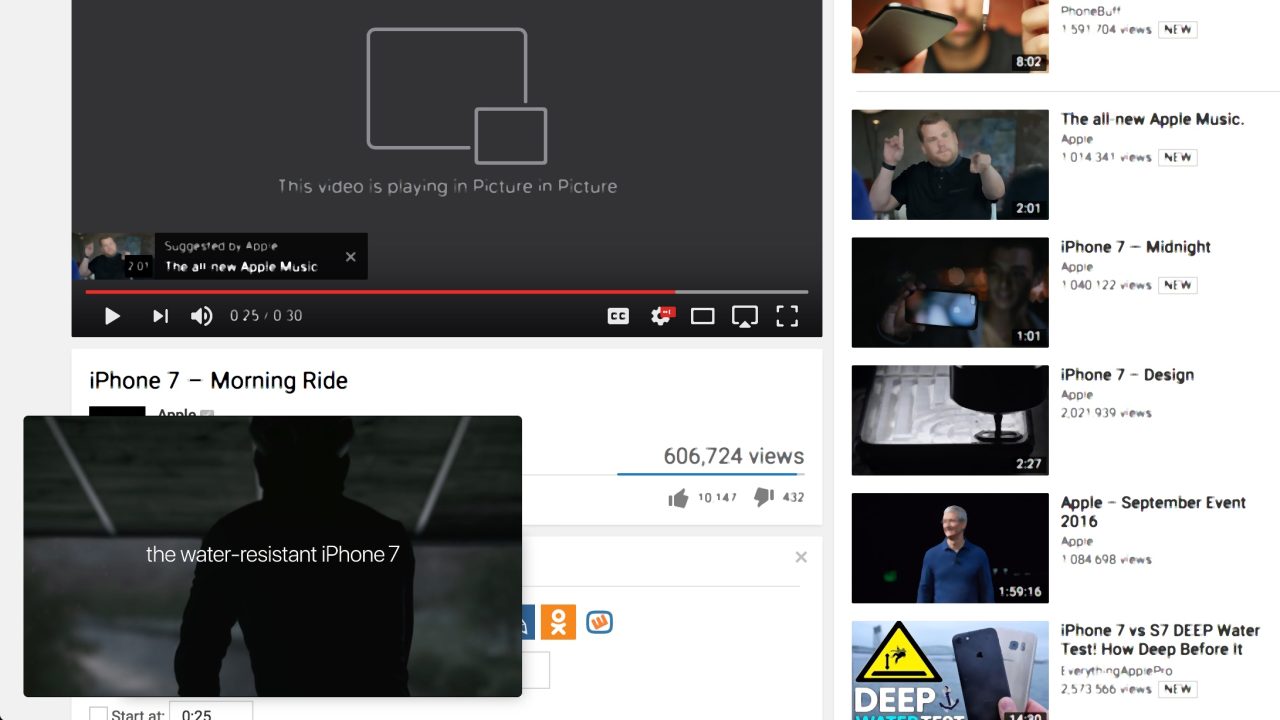 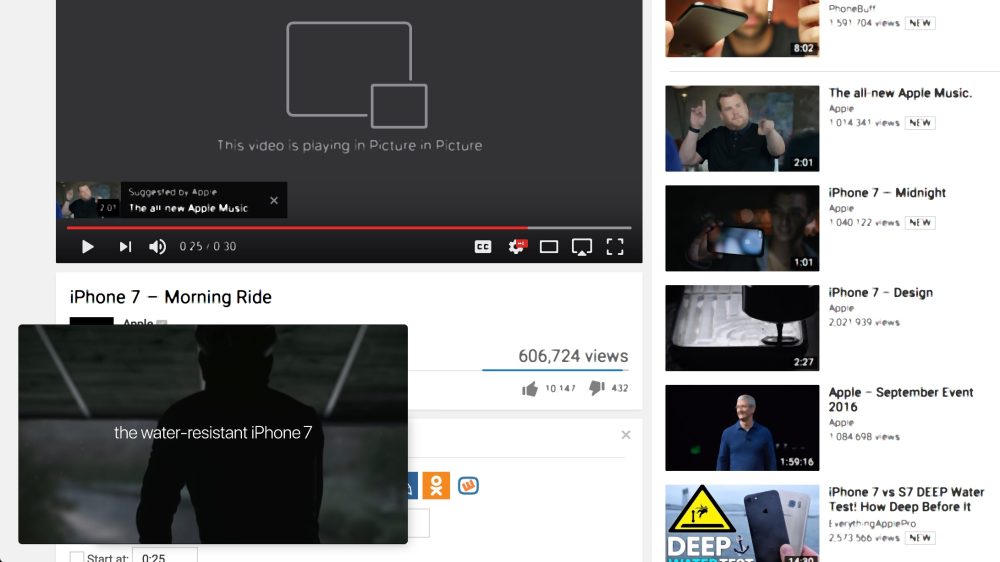 macOS Sierra now supports video picture-in-picture just like the iPad for Safari and iTunes. You can pop out a video from the web into a floating overlay that stays on top of other windows and snaps to corners or anywhere on your display when you hold Option.

It’s a really nice feature when it’s available, but a lot of websites do not yet expose a PIP button. Luckily, Developer Arno Appenzeller has released a free Safari extension that enables PIP for Safari, Netflix and more video services. Here’s how to use it:

The PIPifier is a free Safari extension that automatically finds HTML5 videos in web pages and lets you make them into a PIP with one click. At least for the time being, the extension works with YouTube and Netflix, the two major holdouts who currently do not automatically expose PIP controls to Sierra users.

With the extension configured, visit a YouTube video and press the PIP button to pop it out. The developer warns that the HTML5 videos need to be interacted with for the extension to detect it, so if the video autoplays you will probably need to press pause and then resume playback, to get it to work.

Once activated, the PIP works just like any other. You can drag it around to any of the four corners, resize it or temporarily push it offscreen if you need to focus. The PIP will disappear if you close the originating tab or the whole Safari browser. If you want to restore the video, hover over the floating window and press the button that appears.

PIPifier should work on any page with an HTML5 video; we’ve tested it on YouTube, Netflix and Twitch. It’s a good stopgap until the websites themselves update to support Safari 10’s new feature. (In partnership with Apple, for example, YouTube competitor Vimeo has supported PIP on its videos from day one.)

If you don’t want to use the extension anymore, say if YouTube eventually updates their site to natively support a PIP function, simply open Safari Preferences -> Extensions and disable it. 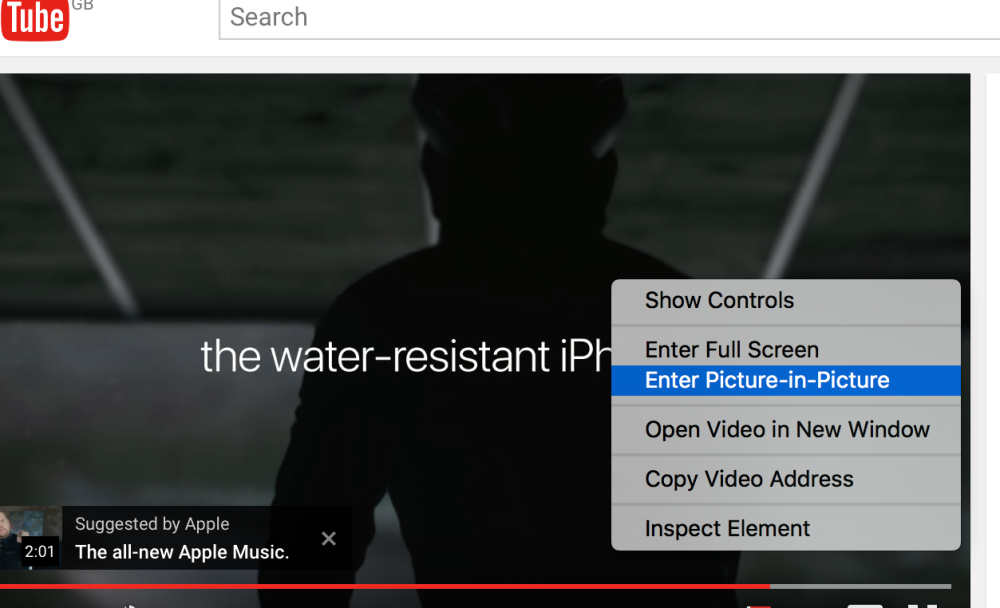 A bonus tip that works with Safari, double right-click!

By the way, here’s an alternative tip that works just for YouTube: quickly right-click twice on a YouTube video to expose the native video contextual menu. Then you can press Enter Picture-In-Picture to pop the video into the overlay. No promises how long this works for: Google has refused to support PIP in YouTube ever since it debuted with iOS 9 (it only supports Split View).