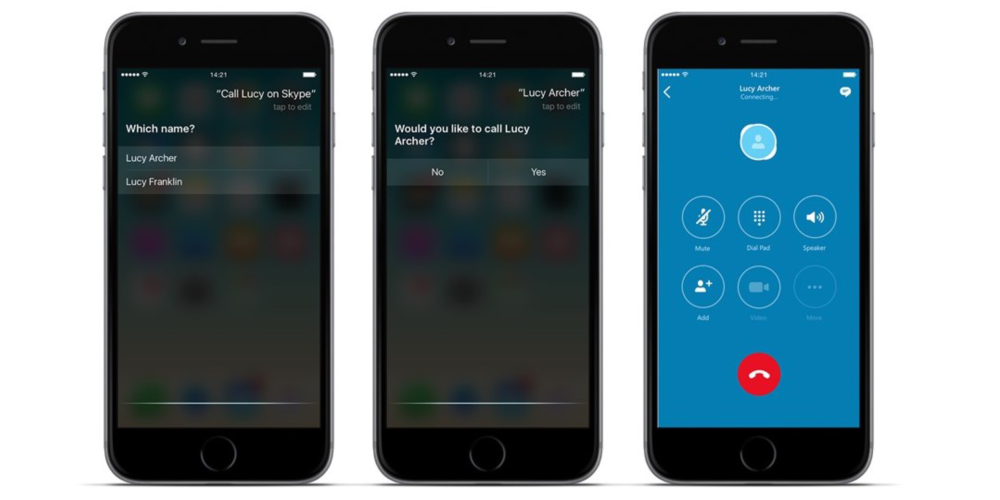 Skype today announced a major update for its iOS app that brings with it a host of new features and optimizations for iOS 10 users. The update brings contact information improvements, CallKit support, and Siri integration. With today’s update, the app is now at version 6.25 on iOS.

The basis of today’s new features is support for storing Skype contact information in the iOS Contacts app. You can now store Skype contact details in existing contacts or create new ones with purely Skype information

Skype for iOS also now supports CallKit, allowing users to place Skype calls just like they would regular calls. Calls can be placed via Skype with the Phone app on iOS, the Contacts app, or with Siri. For instance, you could say “Call Zac Hall,” and as long as you have that person’s Skype contact information saved, the call will be placed.

Your Skype contacts are closer than ever now that you can store them right in your iOS device. This means it’s easier to initiate a Skype video call, audio call, or even a Skype IM, without having to go into the app first.

Additionally, because Skype takes advantage of CallKit within iOS 10, incoming Skype calls will now show up just like regular calls. This will make it easy to switch between or answer Skype and regular calls using the built-in iOS functionality you are already used to. Starting in October, we’re also extending this CallKit functionality to our Skype for Business iOS apps, giving business users the same great calling experience.

Because of the CallKit integration, you can now receive alerts for and answer Skype calls using CarPlay as well. In the past, Skype notifications would be muted when CarPlay was activated, much like most third-party notifications.

While today’s update focuses on individual users, Skype notes that Siri integration and CallKit support are both coming to Skype for Business users sometime in October.

The latest version of Skype for iOS is available for free on the App Store now.