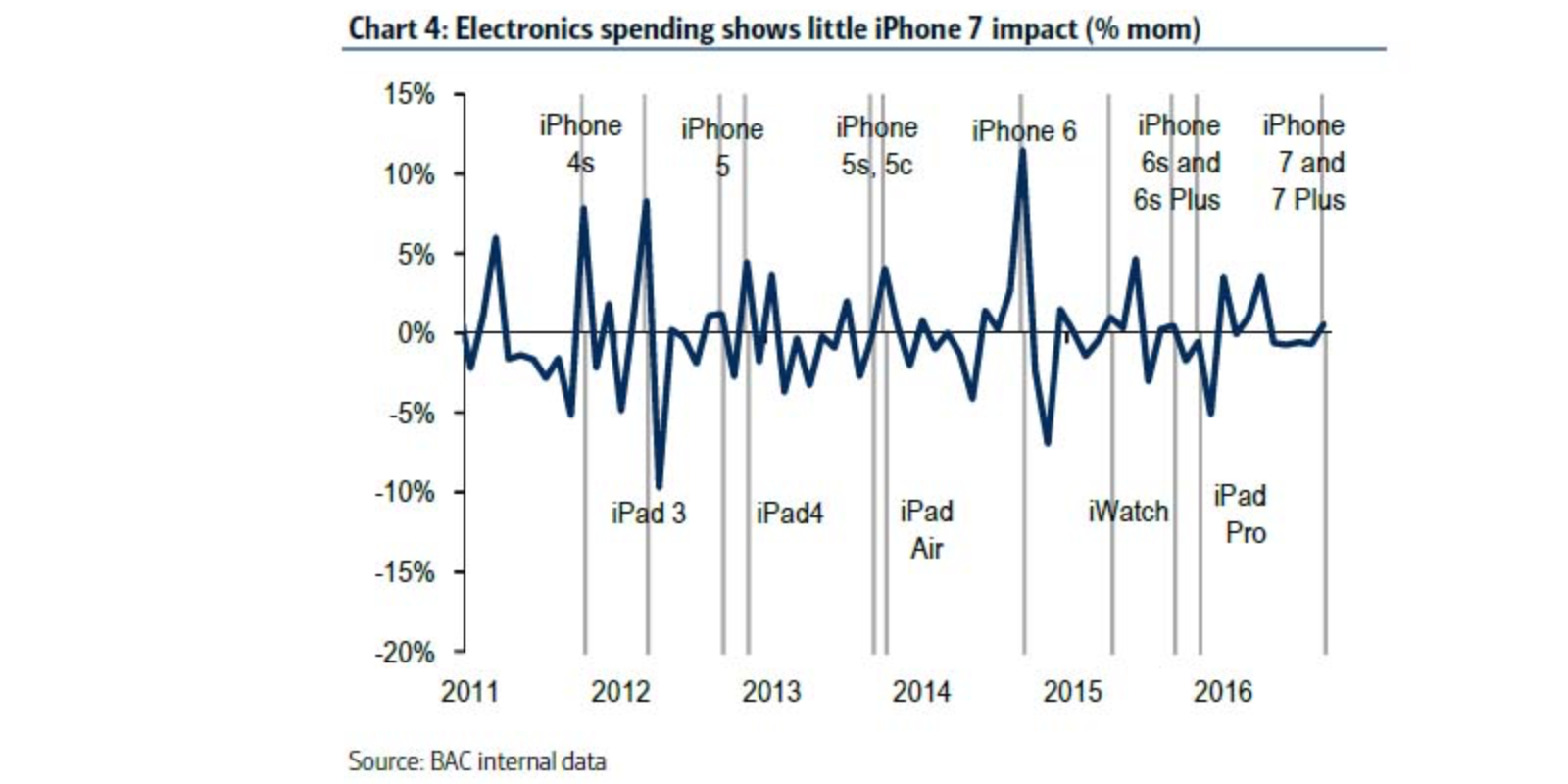 Today Bank of America today published a research note indicating that iPhone 7 hadn’t moved electronics retail spending as much as iPhone releases had in years past.

The bad news is that while September was supposed to be a strong month for tech-related spending, on the back entirely of just one product, the newly released iPhone 7, BofA did not see any notable spike in associated sales. To wit:

How do the analysts not account for Apple’s biggest rival, Samsung, scrapping tens of millions of units due to battery fires and the associated consumer fallout during the same time period? Samsung is taking a $2.3B writedown – this is a big deal.

Sure some folks are picking up other devices including the iPhone but not everyone is. Nowhere in the analysis does BofA mention Samsung or the Note 7.