Google Maps for iOS updated w/ ‘Nearby Traffic’ widget, ability to search for places along a route 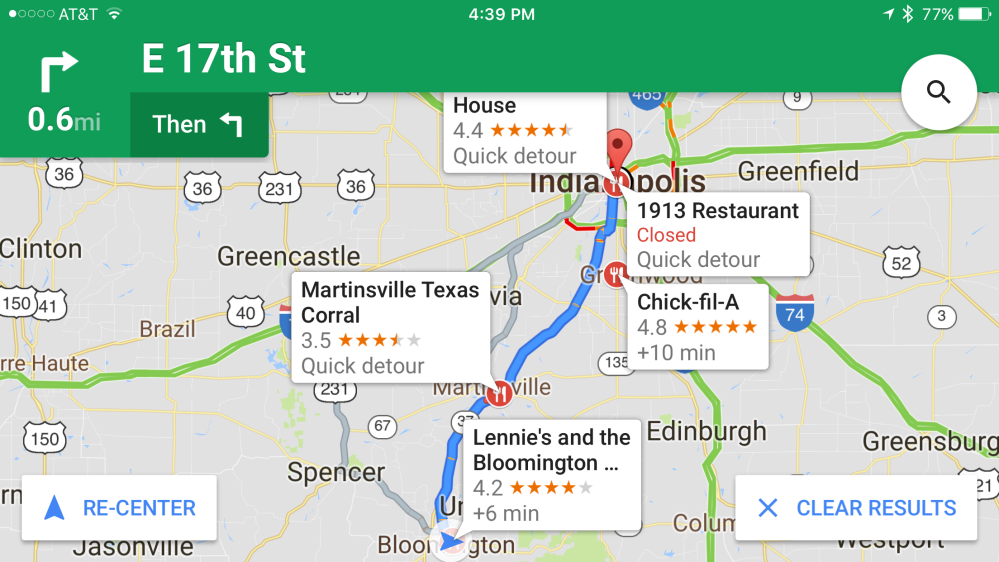 Google today is pushing a new version of Google Maps to iOS users. The update, which brings the app to version 4.25, includes a pair of new features. There’s additional optimization for iOS 10’s widget functionality, as well as a new feature that will make it considerably easier to find a place to stop off during a drive…

First off, the latest update to Google Maps brings a new widget the displays traffic time for your location. The widget, seen below, displays a small map showing traffic congestion, with red depicting slow movement and green representing smooth sailing. Additionally, the widget offers up a description. Depending on conditions, the widget will read something along the lines of, “Light traffic in your area. Faster than usual.”

Interestingly, today’s update seems to remove the Travel Times and Transit widgets that were brought to Google Maps last month. It’s unclear why Google removed them and if they’re coming back, but for now, Nearby Traffic is the only widget available.

Second, today’s Google Maps update brings the ability to search for places along a route while you’re using the app’s turn-by-turn navigation feature. From the navigation display, you can tap the “Search” icon and choose from “Gas Stations” and “Restaurants” criteria or search for a specific place. Doing this will bring up results that are on your route, such as off an exit, as seen above. 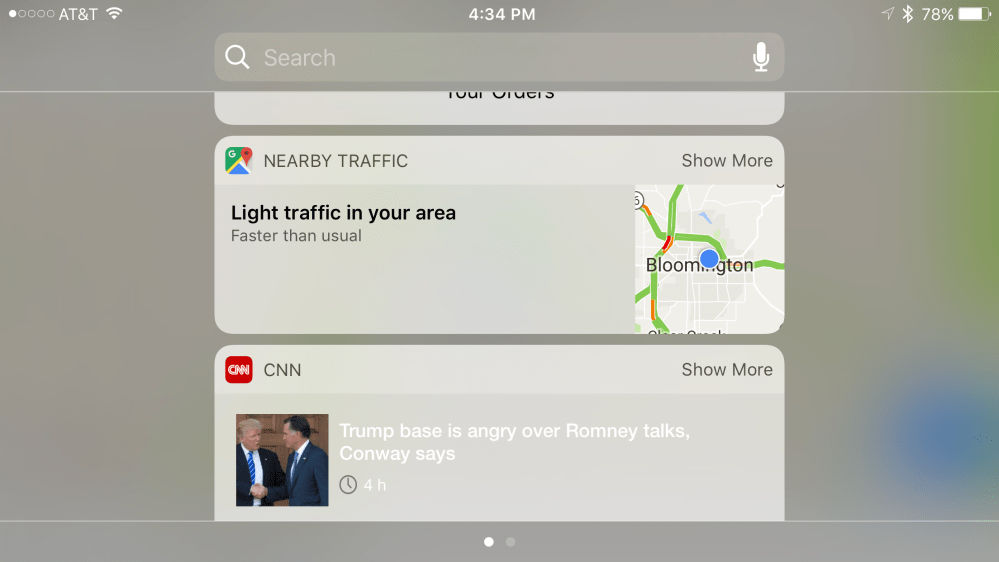 Additionally, today’s update brings your normal set of bug fixes. The full change log is below:

Google Maps for iOS is available on the App Store for free.