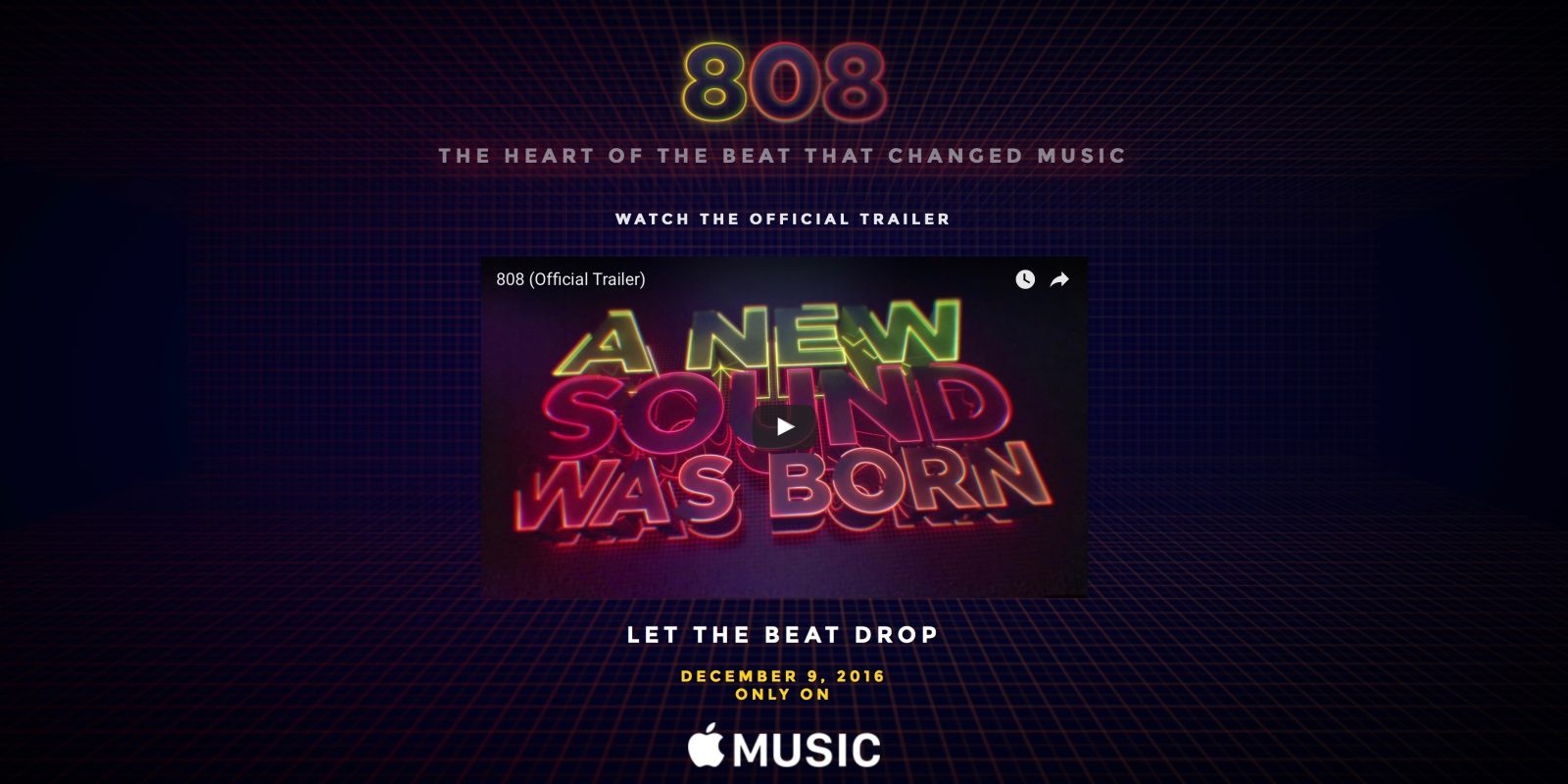 The original documentary ‘808: The Movie’ which covers the history and broad influence of Roland’s TR-808 drum machine is now available for Apple Music subscribers.

The film is also available for pre-order for $16.99 on iTunes. As previously reported, the soundtrack can be heard on Apple Music and iTunes. Lastly, the ‘808’ soundtrack album, apparel, and bundles are now live on the Warner Music Store website with free shipping.

Created by You Know Films in association with Atlantic Films, the documentary is narrated by Apple Music’s Beats 1 DJ, Zane Lowe. Here is the summary from iTunes:

The Roland TR-808 drum machine was intended to give studio musicians a simple tool for making backbeats. Instead, it kickstarted a revolution—one whose story is captured in full by the documentary ‘808’. Beastie Boys flipped the 808’s icy beats in reverse to make ‘Paul Revere’; Shannon’s freestyle pop breakout “Let the Music Play” is propelled by its gently swung kicks and snares; and Africa Bambaataa & The Soulsonic Force’s electro classic ‘Planet Rock’ thrives on its throbbing thuds and crisp hi-hats.

If this is the first you’re hearing about Apple Music’s first exclusive full-length feature, check out the trailer below or read more from our earlier report.

With Apple’s focus on exclusivity and original content such as this documentary, it seems they are moving in a similar direction to past predictions, and they may have a challenging road ahead. Apple’s purported original reality show ‘Planet of the Apps’ has already been hit with criticism from the tech community. Apple is definitely late to game with original content as Netflix, Hulu, and others have enjoyed great success in this space for years. However, being late to adoption hasn’t stopped them from blockbuster success in the past, so we’ll have to wait and see what they can do in this new space.