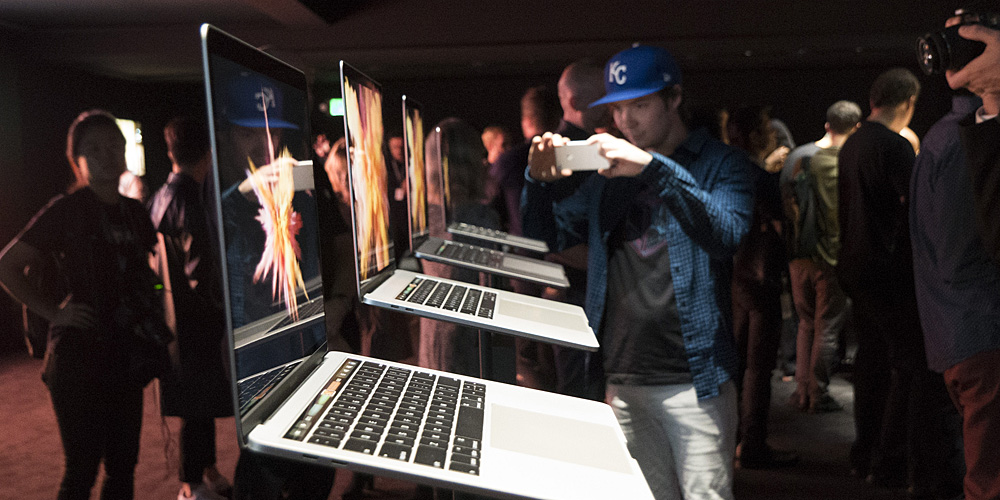 When Apple unveiled its latest MacBook Pro models, making particular reference to their ability to drive multiple 4K and 5K monitors, some wondered whether the company was readying itself to exit the desktop market – as it has already done for displays.

Even Apple’s own employees appeared to share this concern, with one asking on the company’s internal Apple Web system ‘Are Mac desktops strategic for us?’.

Tim Cook was quick to offer reassurance, stating that the desktop market was ‘very strategic’ for Apple, and that the company has ‘great desktops in our roadmap.’ There were, though, a couple of problems with this assurance …

First, we noted earlier, Cook made specific reference to the iMac – singing its praises as ‘the best desktop we have ever made’ – while saying nothing at all about the Mac mini or, crucially, the Mac Pro. You would have thought that if you wanted people to feel confident that Apple’s desktop line was alive and well, you might at least assure us that the flagship model has a future.

Second, the statement gave no indication whatsoever of any kind of timescale. This is, of course, nothing new. Apple famously reveals little of its plans, not even confirming iPhone launch dates – something we know is coming every September – until shortly beforehand. But it is problematic in the Mac market, especially for professional users.

I do, of course, understand Apple’s reasons for secrecy around its products. A large part of the mystique of the brand is built around the idea of surprising and delighting its customers. It works hard to come up with features that cause people to ooh and aah, and it can only really have that kind of impact if it succeeds in keeping features secret until the launch.

Steve Jobs was the master of the reveal, with his famous ‘one more thing’ line, and it wouldn’t be much of a reveal if everyone knew all of the new features ahead of time. This is the reason 9to5Mac is not on Apple’s Christmas card list.

There’s a second reason, too: Apple doesn’t want to tip its hand to competitors. Again, it reduces the impact of a product launch if everyone else has gotten there first. While the company is best known for taking what other companies do, and doing it better, the ‘how’ can often be as significant as the ‘what.’ Keeping that as secret as it can is entirely understandable.

And for consumer products, you can argue there’s no downside. Sure, people might want to know what features the next iPhone will offer, so they can decide whether to upgrade this year or next, but there’s no pressing need to do so. They know there will be a new iPhone next year, and that it will be almost certainly be launched in September. They have, in the past, known that one year will be a new design and the following year new features in the same casing (even if the future of that pattern is now less certain).

But it’s a little different in the Mac market – and that’s a particular problem for professionals.

In the Mac market, there is no fixed pattern to Apple’s upgrades. For any given year, it’s only once we get close enough for product leaks that we can figure out whether there’s a major upgrade or minor refresh in the works.

For tech-savvy consumers, it’s annoying – because if you buy today you have no idea whether next year will see a minor spec bump, where you can take a ‘Meh’ attitude and remain happy with your purchase, or a major new design where you’re going to really, really wish you’d waited.

But for businesses, it’s worse than that. Companies need to plan their major purchases in advance. For a one-person business, like say a writer, even a single MacBook Pro can represent a significant purchase. It’s certainly not a sum I want to be spending annually. For larger companies, buying in the hundreds or thousands – or committing to multi-year leases – it’s even more problematic.

Most challenging of all is when professionals don’t even know whether a product range has a future. Right now, the 2016 MacBook Pro outperforms the 2013 Mac Pro in some respects. The faster SSD means that drive-intensive operations are faster on the laptop, and you get faster I/O operations on the Thunderbolt 3 ports on the MacBook Pro than the Thunderbolt 2 ones on the Mac Pro.

That’s not necessarily a problem in itself: it’s not entirely surprising that a particularly powerful laptop would challenge a three-year-old desktop. The problem is that, without knowing whether the Mac Pro has a future, it’s really difficult for a pro user in the market today to know what to do. Do they buy a three-year-old machine which, in most respects, is still faster? Do they wait for a possible new Mac Pro model next year? Or do they conclude that the MacBook Pro range is the future of professional-grade Macs and make the switch now?

What would be really helpful is for Apple to at least assure customers that the Mac Pro has a future, and to tell us when a major upgrade can be expected.

Of course, I understand the counterarguments Apple could make. I can see three main ones.

First, if Apple revealed that a major upgrade to a product was coming next year, it would dampen demand in the short-term. Apple is under enormous pressure to keep sales growth going, and anything that reduces demand even temporarily would be seen by the market as a weakness.

But I don’t find that argument persuasive. The ‘Apple is doomed’ merchants will ply their wares whatever the company does. Being able to point to a statement about a major upgrade would provide rational, long-term investors – the kind Apple most wants to attract – with a compelling reason for any temporary lull in sales in a particular line. And any sales lost this year would be made up next.

There’s also the fact that Apple claims to be a company which does the right thing, and pays little heed to investors in it for the short-term. Only yesterday, Cook reiterated that Apple ‘stands up for what we believe in.’ Surely helping your customers make informed purchase decisions would be doing the right thing?

The second, more defensible, argument Apple could make is that it doesn’t operate to a fixed release schedule, but instead releases new products when they are ready.

I can definitely see the logic in that when it comes to totally new product categories. Early smartwatches, for example, were pretty unsatisfactory, and it made sense for Apple to do what it always does: figure out why existing products aren’t good enough, and solve the usability problems – waiting for new technology as required.

But the argument is less persuasive for existing product categories. Back to iPhones, where Apple has (so far, at least) made no secret of its timetable: you’ll get a new model each September, and they will alternate between new designs and new features. The slower pace of change in computers isn’t going to see that cycle happening for Macs, but I can’t believe that Apple couldn’t commit to a major new release every 3-4 years.

I don’t pretend that committing to a fixed timetable wouldn’t be without its challenges. Four years out, it might be impossible to say for sure when something will be feasible from a volume production perspective. The Touch Bar is a good example of a new feature where the company couldn’t say for sure when suppliers might be in a position to meet demand at an acceptable price.

But Apple is a company that has, when told that something is impossible to manufacture, designed and built machines for its suppliers to make them possible. It has enough spare cash to throw at suppliers to accelerate their timetables.

Sure, it can’t do the impossible, but honestly, things like the Touch Bar fall into the ‘nice to have’ category. What pros needed most was performance – and the 2016 MacBook Pro would have delivered that with or without the Touch Bar. The incredible new display, sexy new case and Touch ID button would have generated enough buzz.

The third argument is that there’s one supplier Apple can’t control, and that’s Intel. When it comes to new CPU bumps, Apple is entirely dependent on Intel’s timescale.

That’s definitely true today, but perhaps won’t be in future. One reason Apple can reliably plan its annual iPhone launches is, of course, that it designs its own bespoke chips and has them manufactured under contract. As ARM chips grow progressively more powerful, there have been increasing suggestions that Apple will move away from Intel to its own chips for the Mac line, probably starting with the MacBook.

If that happens – and it seems more likely than not – Apple will have much more control over the Mac roadmap in years to come.

What are your own views? Would a known major release cycle help your purchase decisions, even with Apple keeping new features as secret as ever? Or would it be better for Apple to retain the flexibility to launch as and when it chooses, even if that makes purchase decisions trickier? As ever, please take our poll and share your thoughts in the comments.