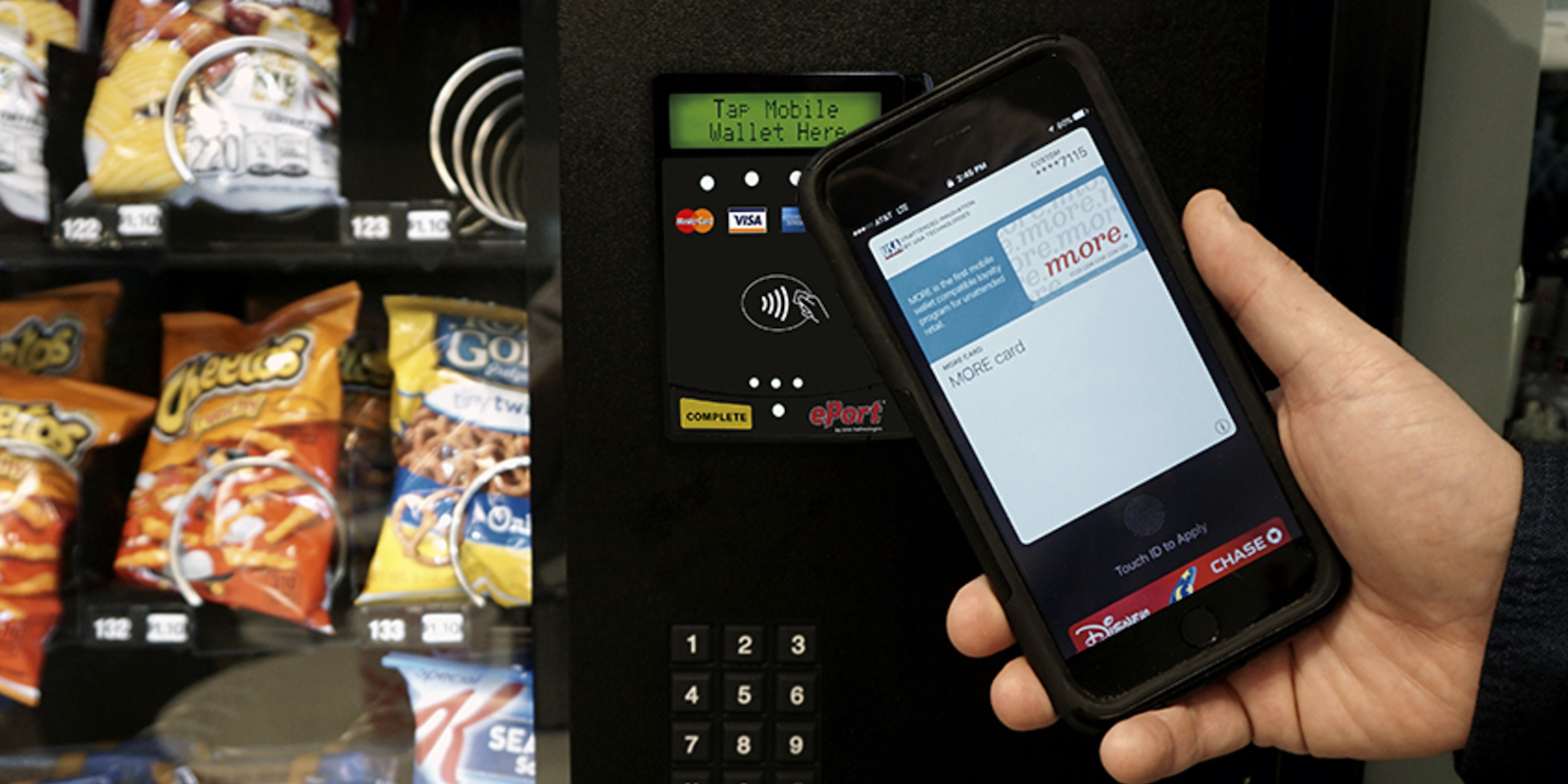 USA Technologies announced today that Apple Pay is getting support for its MORE loyalty card and payroll deduct program that is accepted at more than 300,000 vending machines across the US. The company is demoing the new integration this week at CES 2017.

Following the integration, unattended operators will be able to offer an enhanced experience to their customers using Apple Pay, which is transforming mobile payments with an easy, secure and private way to pay that’s fast and convenient. In turn, consumers making a purchase will be able to take advantage of exclusive offers, promotions and discounts toward future purchases at participating self-serve machines connected to USAT’s ePort Connect platform. USA Technologies plans to roll out the technology to select unattended retail locations nationwide over the coming months.

The company has also redesigned the UX for its machines to better promote Apple Pay and make the experience easier for iPhone and Apple Watch users:

“Any consumer that presents an iPhone or Apple Watch at a participating merchant location will receive an electronic prompt to join USAT’s MORE. program. Consumers that opt in can then add a MORE. loyalty card right to Apple Wallet and immediately begin reaping benefits every time they use Apple Pay at a participating machine, as the loyalty information will be automatically shared with the transaction.” Back in November a study noted that similar Apple Pay branding on vending machines increased mobile payment usage 135% and overall sales by as much as 36%.

Apple Pay is now supported through over 1600 supported banks and credit unions in the US with the service adding an additional 17 institutions just earlier this week. The service is also available through a growing list of partners internationally in Australia, China, Hong Kong, Japan, New Zealand, Singapore, France, Russia, Spain, Switzerland, the United Kingdom, and Canada.

In December Apple said around 35 percent of US retailers now support Apple Pay, while an earlier report noted the service was gaining traction as an online payment platform too after launching Apple Pay on the web for website checkouts in September.