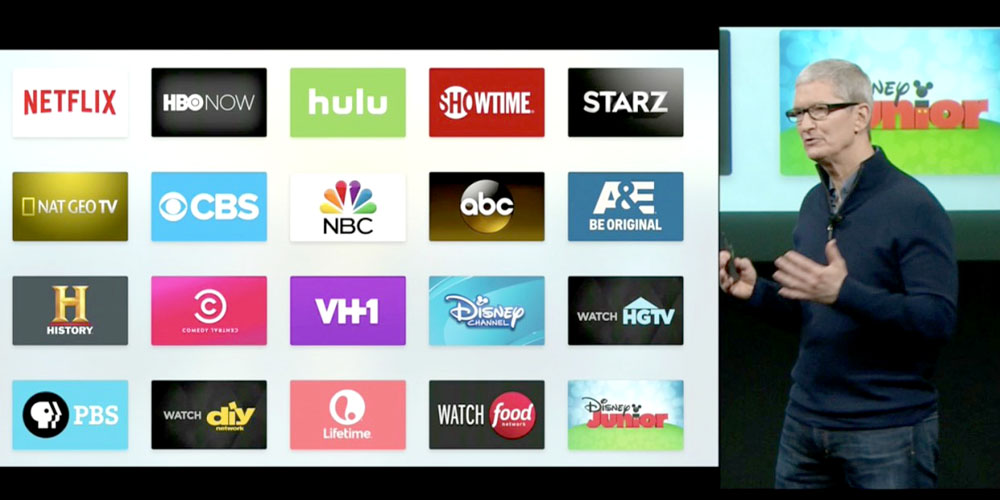 The ‘will it, won’t it’ speculation about Apple moving into original TV content in a significant way continues today with a WSJ report claiming that the company is planning to offer ‘original scripted TV content’ by the end of the year. Apple is also said to be ‘considering’ the idea of offering original movies, though these plans are said to be less advanced.

Apple is planning to build a significant new business in original television shows and movies, according to people familiar with the matter […] Executives at Apple have told people in Hollywood they hope to start offering original scripted content by the end of 2017.

While speculation has so far focused on the idea of Apple offering subscription TV packages, today’s report suggests more of a continuation of the company’s approach to date …

Rather than a separate subscription fee for TV shows, the WSJ report suggests that original programming would be offered as part of the existing Apple Music subscription. The plan is said to be geared to helping the service catch up with Spotify’s larger subscriber base. It was reported in December that Apple Music had 20M paying subscribers, around half that of Spotify.

Apple is said to be considering a small number of high-profile shows.

The shows Apple is considering would likely be comparable to critically acclaimed programs like Westworld on Time Warner’s HBO or Stranger Things on Netflix .

Apple was originally thought to be planning a web TV service to compete with cable companies, but these plans reportedly stalled as the company struggled to negotiate deals with networks.

Today’s report contradicts a statement by Eddy Cue last year that Apple was ‘not in the business of trying to create TV shows,’ though he did add that the company might ‘help and guide’ shows that were considered complementary to Apple Music.

Apple has so far offered a limited amount of music-focused original content, including its first documentary, ‘808’ about the influence of Roland’s TR-808 drum machine. Apple also acquired the rights to Carpool Karaoke, similarly expected to be offered to Apple Music subscribers. Additionally, the company is working on Planet of the Apps, a reality TV show focused on competitive app development.